Girl, 14, who died after getting into trouble in a river is pictured as devastated family pay tribute to ‘much-loved daughter, sister, granddaughter and niece’

The family of a 14-year-old girl who died in a river in Scotland have paid tribute to a ‘clever, funny, and beautiful young girl.’

Police named the girl as Nieve McIsaac, who got into difficulty on the River Teith near Stirling in the evening of Tuesday July 12.

An air ambulance rushed her from Bridge of Allan to the Royal Children’s Hospital in Glasgow, where she died four days later on Saturday 16 July.

‘She was a much loved daughter, sister, granddaughter and niece, and we have been left devastated by her death,’ her family said in a statement. 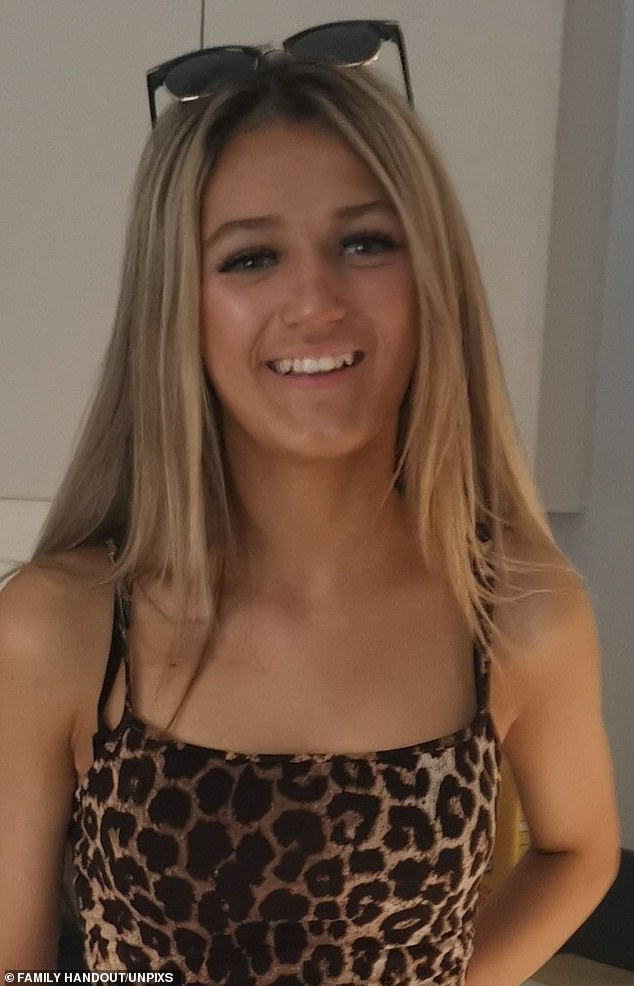 Nieve McIsaac, 14, died after getting into difficulty in the River Teith, Bridge of Allan in Scotland

Detective Sergeant Craig Faulds, of Forth Valley CID called it a ‘heartbreaking incident in which a young girl has died,’ and requested privacy for the family ‘as they deal with their unimaginable loss.’

Officers are providing support to Nieve’s family and a report will be submitted to the Procurator Fiscal.

Friends and well-wishers took to social media to post heartfelt tributes to the teenager.

‘The only person who can make u laugh while ur crying ur eyes out – we are all so thankful for all u did for us and so proud of you,’ another wrote of the tragedy.