The family of Uncle Jack Charles have accepted the offer of a state funeral, with thousands to gather next month at Hamer Hall to remember the celebrated actor and Indigenous rights activist.

Charles, a Boon Wurrung, Dja Dja Wurrung, Woiwurrung and Taungurung elder, died at the Royal Melbourne Hospital this month following a stroke. He was 79. 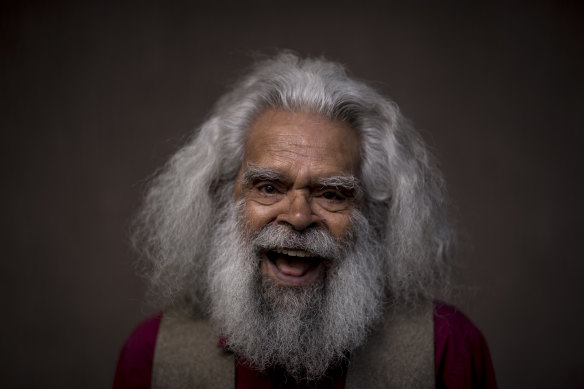 Uncle Jack Charles died this month after a stroke.Credit:Eddie Jim

Premier Daniel Andrews on Monday announced the service would be streamed into prisons, remand and youth justice centres in Victoria in recognition of his work mentoring people in the system.

The state funeral will be held at the 2500-seat Hamer Hall at the Arts Centre in Southbank on October 18, from 2pm. Further details are expected in coming weeks.

“His life was once marred by great injustice, but he did not let that dim his bright and generous spirit,” the premier said in a statement.

“A larger-than-life personality, his warmth and humour saw him through.”

Charles helped establish the country’s first Indigenous theatre company, Nindethana, in Melbourne’s Pram Factory in 1971 and appeared in the landmark film The Chant of Jimmie Blacksmith in 1978.

He starred in Bedevil, Blackfellas, Pan and Mystery Road, in theatre productions Cradle of Hercules and Jack Charles v the Crown, and in the television dramas Cleverman, Wolf Creek and Preppers.

In 2008, the film Bastardy documented a period of his past as a heroin user and burglar and his memoir Jack Charles: Born-again Blackfella, was published in 2019.

Earlier this year, Charles was among the first to address the truth-telling Yoorrook Justice Commission and described the damage colonialism did to his life.

He was forcibly removed from his family at four months old, as part of the stolen generations, from Daish’s Paddock, an Aboriginal camp outside Shepparton. He was taken to the Box Hill Boys Home in Melbourne where he lived between the ages of 2 and 14.

Charles only learnt of his mother’s identity aged 17 and his father’s in 2021.

“I wasn’t even told I was Aboriginal. I had to discover that for myself. I knew nothing, was told nothing, and had to assimilate … I was whitewashed by the system,” he said at a public hearing.

Drawing on his experiences of homelessness, drug abuse, and cycles of incarceration as a younger man, Charles visited prisons and juvenile detention centres in recent years to mentor inmates. He was often joined by Aboriginal singer-songwriter Archie Roach, who died in July.

In June, Charles was named the NAIDOC Male Elder of the Year, and he was previously honoured as the 2016 Victorian Senior Australian of the Year.

His family gave permission for his name and image to be used following his death earlier this month.

“We are so proud of everything he has achieved in his remarkable life – elder, actor, musician, potter, activist, mentor, a household name and voice loved by all,” the family said in a statement at the time.

“He will live on in our hearts and memories through his numerous screen and stage roles.”

Charles was widely thanked and mourned by First Nations people, leaders and creatives for his contributions.

Marcus Stewart, co-chair of the First Peoples Assembly of Victoria, said his legacy would never be forgotten.

“They couldn’t keep him down, he persisted against all the odds overcoming every challenge thrown his way. All the while radiating joy, passion and love,” Stewart said earlier this month.

Prime Minister Anthony Albanese said: “He endured cruelty, he endured pain, but he uplifted our nation with his heart and his genius, creativity and passion. And I pay tribute to him today.”

Minister for Indigenous Australians Linda Burney described him as “a remarkable truth-teller”.