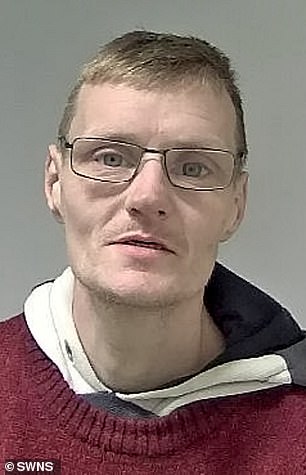 A fake beggar pretended to be homeless in order to dupe generous members of the public into giving him cash, despite having a roof over his head.

David Woodcock, 35, posed as a rough sleeper by carrying a sleeping bag and pillows around the streets while begging kind-hearted passers-by for money.

Police said he had ‘deceived people into giving him money’ by preying on their ‘sympathy and holiday spirit’ during the Christmas period in Droitwich, Worcestershire.

Woodcock, from Droitwich, admitted a charge of begging, two of shoplifting, and a breach of a Community Protection Notice on December 20.

He was fined £80 for shoplifting, £40 for begging, and ordered to pay a £30 victim surcharge plus £100 costs to the CPS at Kidderminster Magistrates’ Court.

But police have now lodged a Criminal Behaviour Order application in a bid to prevent him begging on the streets again.

He is set to appear before magistrates again on March 1 after his recent activities were exposed by police. 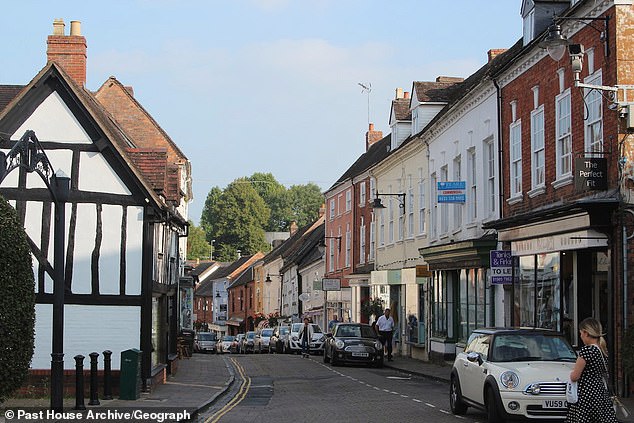 Police said he had ‘deceived people into giving him money’ by preying on their ‘sympathy and holiday spirit’ during the Christmas period in Droitwich, Worcestershire

Sergeant Sarah Kent, of West Mercia Police, told a council meeting how Woodcock had pretended to be penniless despite having a house.

She said: ‘The beggar kept coming out into Droitwich and was implying he was homeless by carrying a sleeping bag with him.

‘I know personally he’s not homeless and so therefore he was also deceiving people into giving him money which was not necessarily going to be used for the right things for him.’

Speaking after the meeting Sgt Kent added: ‘The conditions we are applying for mostly relate to his begging activities in Droitwich.

‘We want to prevent this continuing. Woodcock was regularly seen carrying pillows and a sleeping bag around with him, implying he was homeless, which was not true.

‘He was extremely active around the Christmas period and preyed on people’s sympathy and holiday spirit.

‘Begging is an offence and many members of the public want to help those that appear in need.

‘It is important this is done in a way that will help person in the long term.’