A scheme to make homes cosier and greener racked up administration costs of £1,000 for each household that benefited, the Whitehall spending watchdog said.

The flagship green homes grant scheme was rushed, caused frustration for homeowners and installers and had lower benefits in cutting carbon and creating jobs than it could have done, the National Audit Office (NAO) said.

The programme was launched in September 2020 as a  six-month ‘green’ pandemic recovery measure, and closed in March 2021 having been extended and then curtailed again in the face of problems with its delivery.

Some £1.5 billion was made available for vouchers worth up to £5,000, or £10,000 for those on low incomes, to pay for fitting measures such as insulation and low-carbon heating in homes. 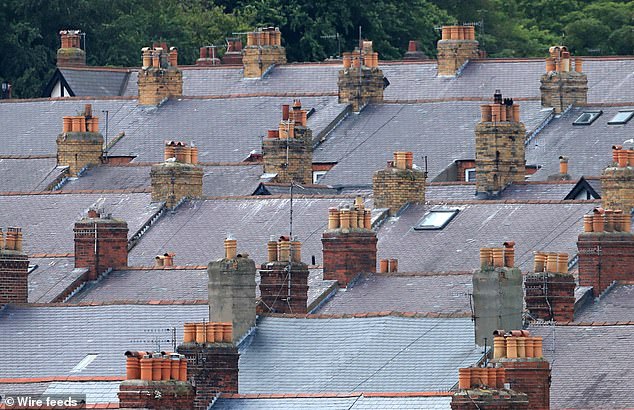 The flagship green homes grant scheme was rushed, caused frustration for homeowners and installers and had lower benefits in cutting carbon and creating jobs than it could have done, the National Audit Office (NAO) said (file photo)

It was hoped it would help 600,000 households save up to £600 on their bills, support 82,500 jobs over six months and cut climate pollution from homes.

But the NAO report into the troubled scheme said Business Department analysis shows it will have only helped an estimated 47,500 homes get greener and cosier, and supported 5,600 jobs over 12 months.

Some £314 million of taxpayers’ money will have been spent on the scheme once all work is fully completed, of which £50.5 million is on programme management and administration – more than £1,000 per home upgraded.

The scheme had high levels of demand, with 169,012 voucher applications for 113,738 homes by the end of March this year, but many homeowners and installers had a poor experience of the process, the NAO report said.

There were more than 3,000 complaints from homeowners and installers over delays in issuing and paying vouchers, amid complicated application requirements, and finding certified tradespeople who could take part in the programme.

The report said the Treasury gave the Business Department an ‘overambitious’ 12-week timeframe to design the scheme, consult with industry and find a company to deliver it – at the same time as it was supporting vaccine procurement and working on Brexit.

Delivery was awarded to ICF Consulting Services which said it was able to quickly implement a digital voucher application scheme – but which then had to manually process many applications, contributing to a backlog. 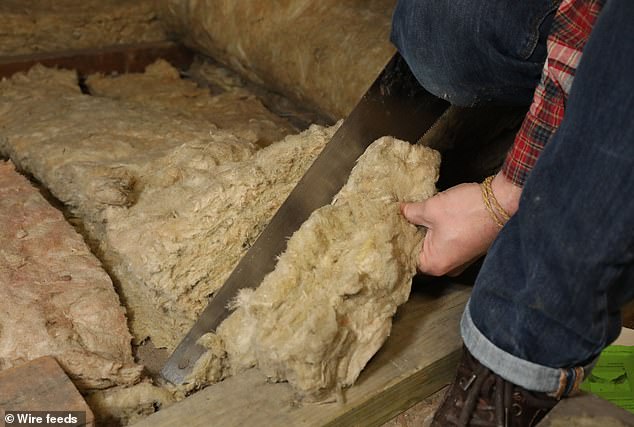 The programme was launched in September 2020 as a six-month ‘green’ pandemic recovery measure, and closed in March 2021 having been extended and then curtailed again in the face of problems with its delivery (file photo)

Chancellor Rishi Sunak confirmed a £2billion Green Homes Grant from September meaning homeowners and landlords can get grants up to £5,000 for insulation and other energy efficiency measures.

Some of the lowest income households will get the full costs of energy efficiency refits paid up to £10,000.

It is not clear what qualifies as a lower or higher income under Mr Sunak’s definition.

The types of improvements to be offered include wall-to-wall insulation, energy efficient boilers, double or triple-glazed windows, low-energy lighting and insulated doors.

The scheme launched in September when online applications were accepted for the recommended home improvements, as well as details for accredited local suppliers.

Households are then sent vouchers which can be used at the suppliers.

A lack of engagement with installers and the short duration of the scheme also meant it was hard for energy efficiency tradespeople to mobilise to meet demand.

It also focused on measures that cut the most carbon but require specialist skills, such as installing heat pumps, which took some time for employers to take on and train staff.

Jobs might have been created more quickly in less specialist areas such as installing new windows, while the initial plan for a two-year scheme would have allowed more time for creating new jobs – but was rejected by the Treasury, the watchdog said.

The NAO said the Government had failed to learn from previous attempts to deliver home energy efficiency schemes.

It urged the Business Department to set out how its various energy efficiency schemes fit with its overall plans to cut emissions to net zero by 2050, ensure there are clear targets as part of a future scheme, and engage with installers on how it will work.

New schemes should test from the start what householders and installers need to do, with the aim of simplifying the process, and take a staged approach to launching them to see if they are working effectively and can scale up.

Gareth Davies, head of the NAO, said:  ‘The aim to achieve immediate economic stimulus through the green homes grant voucher scheme meant that it was rushed.

‘As a result, its benefits for carbon reduction were significantly reduced and ultimately, it did not create the number of jobs government had hoped for.

‘Decarbonising our homes is a key element of the Government’s net zero strategy. It is vital that future schemes learn from this experience.’

Labour’s Meg Hillier, chairwoman of the parliamentary Public Accounts Committee, said: ‘The green homes grant scheme was set up to fail, with an undeliverable timetable and overly complex design which took little account of supplier and homeowners’ needs

‘Government cannot hope to achieve its net zero ambitions if it doesn’t learn the lessons from this botched scheme.’

While shadow business secretary Ed Miliband added: ‘The fact that the UK has some of worst insulated homes in Europe is shameful and hinders our efforts to tackle the climate crisis.

‘Instead of delay after delay in action, ministers should learn the lessons from this failed, fragmented, outsourced scheme and purse a locally-led retrofit programme to help families and create new jobs.’

A Government spokesman said: ‘As the NAO recognises, the Green Homes Grant voucher scheme was designed as a short-term economic stimulus and was delivered during an ongoing pandemic.

‘Despite this, and challenges with delivery, 99.9% of applications have now been processed, meaning almost 80,000 upgrades to homes. Other parts of the Green Homes Grant are continuing to effectively transform the energy efficiency of local authority housing.

‘To go further and faster, we’re continuing to invest £9 billion in improving the energy efficiency of our buildings, including £1.3 billion this year alone to upgrade an additional 50,000 homes, while supporting hundreds of thousands of skilled green jobs.’