The claim: Members of Congress got a 21% pay raise

On March 15, President Joe Biden signed a $1.5 trillion spending bill that will fund domestic and national programs during the 2022 fiscal year. Some social media users claim members of Congress are profiting from the bill.

Conservative personality Carl Higbie shared an Instagram post March 15 that shows a screenshot of his March 14 tweet. The tweet includes a link to a Washington Standard article with the headline, "Congress Just Gave Itself A 21% Raise As Americans Can’t Afford Gas."

"Everything sucks under @JoeBiden, unless you are in Congress," reads text above the link. "In that case you just gave yourself a 21% raise…unreal."

The post generated over 1,400 likes in less than a week. Similar posts, including one Donald Trump Jr. shared, have amassed hundreds of interactions on Facebook and Twitter.

But the claim is false, as independent fact-checking organizations have reported. There is no evidence congressional pay will change. There is a 21% budget increase in the $1.5 trillion spending bill, but it is only for office budgets – not lawmakers' personal compensation or expenses.

USA TODAY reached out to the social media users who shared the claim for comment.

The annual salary of congressional lawmakers has been $174,000 since 2009, according to a Congressional Research Service report. The speaker of the House earns $223,500 annually while the majority and minority leaders in the House and Senate each earn $193,400 per year. 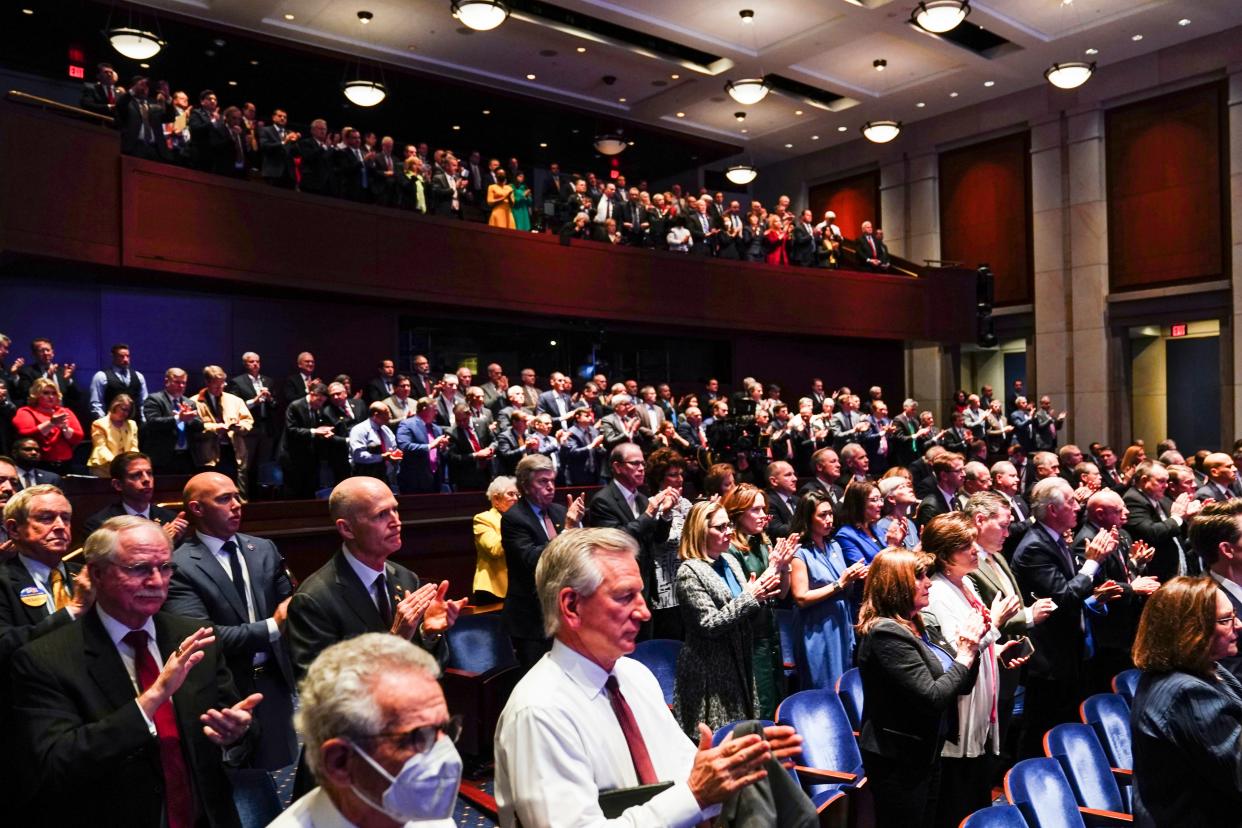 But the $1.5 trillion spending bill has raised a budget called Members' Representational Allowance to $774.4 million, a 21% increase from 2021, according to a House Appropriations Committee report.

The Members' Representational Allowance is meant to pay for costs incurred as part of a member's "official and representational duties," which may include travel, rent, printing or supplies, according to a Congressional Research Service report. It is not used to pay for expenses "related to activities or events that are primarily social in nature, personal expenses, campaign or political expenses, or House committee expenses," according to the House Ethics Committee website.

The House Appropriations Committee report also notes the bill includes $34.95 million for the majority and minority leadership and $197 million for the operations of House committees. Both numbers increased by 21% over the 2021 level.

Based on our research, we rate FALSE the claim that members of Congress got a 21% pay raise. Congressional pay will remain the same during the 2022 fiscal year. The 21% budget increase in the $1.5 trillion spending bill is only for the Members' Representational Allowance and other office budgets.

Thank you for supporting our journalism. You can subscribe to our print edition, ad-free app or electronic newspaper replica here.

Our fact-check work is supported in part by a grant from Facebook.

This article originally appeared on USA TODAY: Fact check: Members of Congress did not get a 21% pay raise