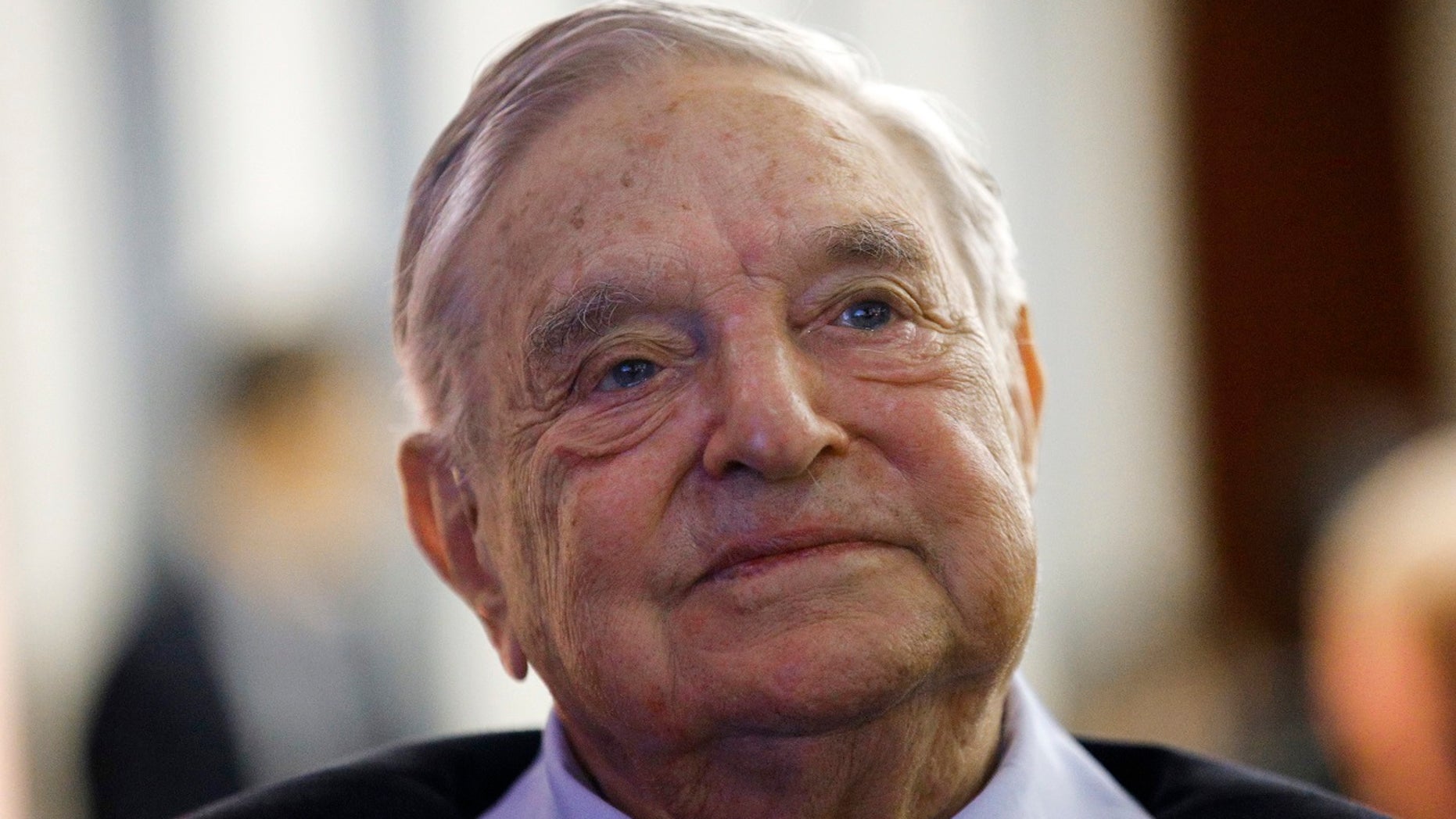 An explosive device was found at the Westchester, New York home of Billionaire George Soros on Monday.
(AP)

An explosive device was found on Monday at the Westchester, N.Y., home of billionaire George Soros.

The Wall Street Journal, citing local law enforcement, reported that police received a phone call from the residence about a suspicious package.

An employee that works at the home found the package and opened it, revealing what appeared to be an explosive device, according to a press release from the Bedford Police Department. The employee then placed the package in a wooded area until authorities arrived.

The department told Fox News that a suspicious package was found in a mailbox. Police referred Fox News to the F.B.I's New York office, which did not confirm the report.

Soros was not home at the time of the incident, according to the New York Times.

The bomb squad deactivated the device, and authorities have said there is no further threat to the area, according to the Journal.

The investigation has been turned over to the Joint Terrorism Task Force Division of the FBI.

The wealthy liberal donor started his philanthropic efforts in 1979, but his contributions have not always been welcomed.

Campaigns against Soros emerged in Romania, where the billionaire was accused of financing "evil" as well as in Macedonia, Serbia and Slovakia – and have escalated to some extent since President Donald Trump took office.

Soros, who made his fortune in hedge funds, has donated heavily to liberal causes and is vilified on the right.

He is also the subject of many unfounded conspiracy theories. Recently, conservative critics have, without evidence, accused him of secretly financing a caravan of Central American migrants to make their way north toward Mexico and the U.S.

Others have falsely accused him of being a Nazi collaborator during World War II, when he was a child in Hungary.

The 88-year-old has focused his efforts as of late on the midterm elections in the U.S., and has funneled upwards of $15 million to Democrats as they push to regain control of Congress.

Soros told the Times in July that for every Trump supporter "there is more than one Trump enemy who will be more intent, more determined."

In October, Soros was linked to a non-profit group called the Center for Popular Democracy (CPD), which rose to prominence for organizing civil disobedience actions and confronting several Republican lawmakers during the contentious hearings for then-Supreme Court nominee Brett Kavanaugh.