One of the state’s top forensic paediatricians has admitted she provided incorrect expert evidence in the child homicide prosecution of Jesse Vinaccia, who was convicted and jailed in 2019 of shaking his girlfriend’s baby to death.

The admission by prosecution expert Joanna Tully came as Vinaccia appealed his conviction on the basis that shaken baby syndrome is pseudoscience. Vinaccia’s legal team has accused the director of the Victorian Forensic Paediatric Medical Service of giving evidence that was “misleading and contrary to her obligations as an expert witness.” 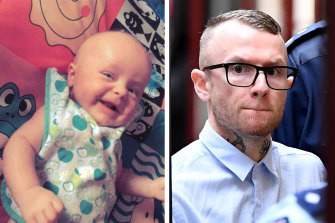 Dr Tully has appeared as an expert witness in multiple criminal prosecutions and child protection matters, and is considered one of the nation’s foremost experts on abusive head trauma/shaken baby syndrome.

But in the witness box on Thursday, Dr Tully was accused by barrister Richard Edney of providing “false” evidence at Vinaccia’s first murder trial in 2019 when she testified that she had based her evidence on photographs of retinal bleeding in three-and-a-half-month old baby Kaleb’s eyes.

Bleeding in the eyes is one of a “triad” of symptoms used by some experts to confirm shaken baby syndrome, although the diagnosis has been increasingly challenged. The controversy centres on the finding that an infant had died as a result of violent shaking by a parent or guardian when an autopsy reveals three internal head injuries: bleeding in the brain, retinal haemorrhage and swelling of the brain.

Dr Tully admitted to the court on Thursday that her evidence in 2019 was “incorrect” because no photographs of Kaleb’s eyes existed.

The revelation came as Dr Tully took the extraordinary step of seeking to be represented by independent legal counsel at the Court of Appeal proceedings because of what her lawyer called “serious direct allegations made against Dr Tully”. Her application was denied by the court because it was “most unusual for witnesses to be granted separate representation”.

Dr Tully appeared on the seventh day of the appeal, where Vinaccia is challenging the scientific basis of shaken baby syndrome, which has been used for more than 50 years to diagnosis and prosecute cases of child abuse and homicide.

The court was read an email from Dr Tully to the Victoria Police detective who investigated Vinaccia. In the email she disclosed the mistake and suggested his defence should be informed.

“It has come to my attention that there is an error in my transcript from the recent trial of Jesse Vinaccia. During cross-examination, I stated that I had viewed the images of Kaleb’s retinal examination. This in fact is not correct. No photographic images were taken of Kaleb’s retina … It does not, however, alter the opinion that I offered in relation to the significance of the findings reported by a consultant ophthalmologist,” Dr Tully wrote in April 2019. 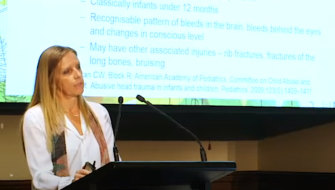 Dr Tully said she believed she had mistaken photographs used in her teaching with a photograph of Kaleb’s eyes.

Vinaccia’s first trial ended when the jury was discharged after it was discovered that during deliberations a juror conducted their own research on the internet about the case and shared the results with colleagues.

Dr Tully’s email about the error was forwarded by police to the Office of Public Prosecutions on the same day, but it remains unclear what action the OPP took to correct the record ahead of Vinaccia’s second trial in late 2019. The OPP has been contacted for comment.

“At the second trial, were you ever cross-examined about that mistake you made in the first trial?” Mr Edney asked on Thursday.

“I didn’t think one way or the other,” Dr Tully said.

Vinaccia was convicted of child homicide in late 2019 and sentenced to eight and half years’ jail.

He has appealed his conviction on five different grounds, including challenging the reliability of the scientific evidence underpinning shaken baby syndrome and contending that Kaleb died of an undetected pre-existing medical condition.

One of the cornerstones of the appeal is that Dr Tully “gave evidence that was misleading and contrary to her obligations as an expert witness, and new evidence should be admitted to demonstrate how the evidence of Dr Tully has caused a substantial miscarriage of justice in the applicant’s trial”, according to the notice of appeal.