‘Very sociable’ former policeman, 54, took his own life ‘after struggling to cope with isolation of coronavirus lockdown’, his family has revealed 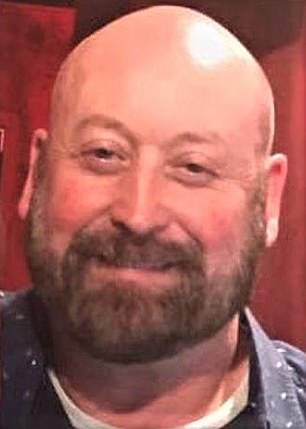 Michael Burton was found dead in Sheffield 72 hours after he was reported missing from the house where he had been staying in in Calow, Chesterfield

A former police officer struggling to cope with the coronavirus lockdown took his own life, his heartbroken family has revealed.

Michael Burton was found dead in Sheffield 72 hours after he was reported missing from the house he had been staying at in Calow, Chesterfield.

The 54-year-old, who had retired from Derbyshire Police after 26 years, was said to have been deeply affected by his brother’s suicide in 2015.

But relatives said living under the lockdown restrictions had deeply affected the devoted father.

He was last seen alive as he left the house he had been staying in Calow on April 18 but his body was found in a property in Sheffield three days later.

Mr Burton’s family said the ‘very sociable’ father was not coping with the lockdown and was also deeply affected by the loss of his brother Kevin on Boxing Day, 2015.

In a statement, his family said: ‘Mike found the recent Covid-19 isolation restrictions difficult as he was a very sociable character and he could no longer spend time with his friends and family as he had previously enjoyed.

‘This came just months after the inquest into his brother’s tragic suicide, which affected him more than anyone could have known.’

His brother Kevin Burton, 47, was found dead at a bed and breakfast on Boxing Day 2015.

Michael retired from the police almost 18 months ago and spent his time pursuing his hobbies, but his family noticed his mood changed dramatically when the lockdown was introduced on March 23.

The family statement continued: ‘Mike was generous, warm-hearted, supportive and an intelligent conversationalist who was always full of energy and enthusiasm.

‘As a teenager he wrote and released a comic book called ‘Quantum’ which he was very proud of.

‘His other loves were holidaying and exploring, hosting and competing in pub quizzes with his friends, NFL American football, cricket and collecting Marvel memorabilia.

‘In September 1992 he joined Derbyshire Constabulary where he remained as a sergeant until retiring on December 31, 2018.

‘Mike was very principled and would always stand up for what he believed to be right and fair for his family, friends and colleagues.

‘He was an incredibly patient and supportive father, indulging in and promoting a curious mind.

‘He had a love of science and nature which he satisfied with watching many documentaries and often wondered if he should have pursued a career in the sciences.

‘He is a tragic loss to his family and friends who are in total shock at this moment in time.’

She said: ‘Mike was a well-liked and respected member of the Derbyshire policing family and will be sadly missed by his former colleagues.

‘Our thoughts go out to his family at this extremely difficult and sad time.’

A spokesperson for Derbyshire Constabulary said there are not believed to be any suspicious circumstances surrounding Mr Burton’s death.

Police said a file is being prepared for the coroner and an inquest will be opened.