Former BBC chairman Michael Grade is among the frontrunners to take over the running of Ofcom, it has been reported.

The Conservative peer is understood to have submitted an application to become chairman of the broadcasting watchdog, after Boris Johnson’s first choice – former Daily Mail editor Paul Dacre – dropped out.

When questioned about the application, Lord Grade said he ‘wouldn’t dream of commenting on any rumours’, The Telegraph reports.

Besides running the BBC from 2004 to 2006, Lord Grade has also served as CEO of Channel 4 and chair of ITV. 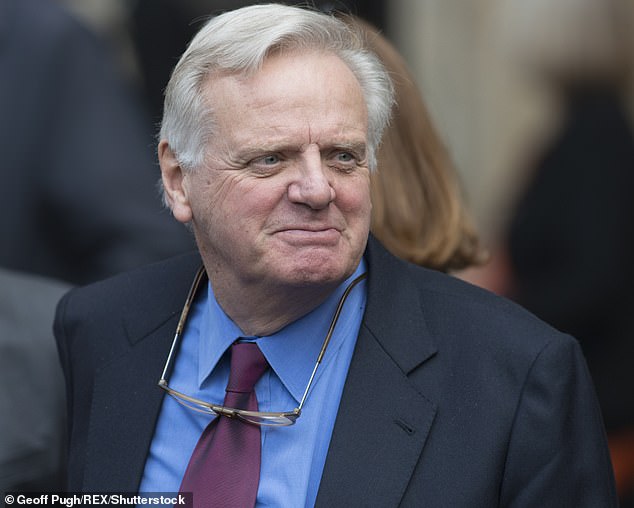 Former BBC chairman Michael Grade (pictured) is among the frontrunners to take over the running of Ofcom, it has been reported

Lord Grade has championed a string of classic TV projects including EastEnders, The Singing Detective, Friends and ER. He also co-financed Trainspotting and Four Weddings and a Funeral.

Earlier this year, the former BBC chairman warned the £159 licence fee was ‘too much money’ as he suggested BBC2 and BBC4 could be abolished to cut costs.

Lord Grade, who was also said the sum ‘may not be a lot for Gary Lineker’ but it was for ordinary Britons, as he called the annual, universal levy ‘a regressive tax’.

The Tory peer’s intervention came as Culture Secretary Nadine Dorries signalled the licence fee will be scrapped after 2027 as part of the Prime Minister’s policy blitz dubbed Operation Red Meat, which aims to deflect from the recent Partygate row.

Lord Grade told BBC Radio 4’s Today programme: ‘£159 a year may not be a lot of money for Gary Lineker but it’s a heck of a lot for many people in this country when there is inflation, an energy crisis and so on. It’s too much money.

‘The BBC in the entirety of its history has always asked for more money at every licence fee settlement.

‘It has done well cutting its costs over the last few years, but what it’s never done is given up any turf. Why do we need BBC2 and BBC4? I don’t understand it. The BBC is a bit like the monarchy, it is designed to survive and grow.’ 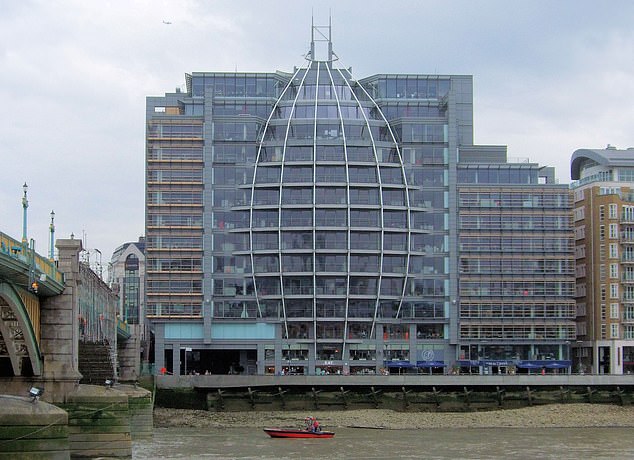 Lord Grade has previously said Ofcom should not be seen ‘to take sides’ in a ‘national debate or culture war’. Pictured: Ofcom headquarters at Riverside House in London

In the past, Lord Grade has also expressed views about Ofcom itself. In February last year, he wrote to the broadcasting watchdog warning it must not ‘take sides in the culture war’ by banning blackface on TV

Lord Grade insisted the watchdog must not be seen to be taking sides in the ‘culture war’ as it investigated whether Talking Pictures TV breached standards by showing an episode of 70s comedy series Rogue’s Rock on Boxing Day 2020, featuring ‘blacked-up’ actors.

In the letter seen by the Daily Telegraph Lord Grade said: ‘It risks Ofcom being seen to take sides in the national debate, or culture war as some might describe it. Worse, it risks ridicule.

‘There is a national debate raging about how we acknowledge our past, in statues, in historic buildings and museums etc. Some of this debate is healthy, some not.

‘What next? Will Ofcom want to see Olivier’s Richard III banned since he only pretended to be physically handicapped?’

He said deciding to investigate and potentially fine the channel ‘is a serious error of judgement and a very worrying precedent’.

Ultimately, Ofcom’s investigation found that no breach of standards had occurred.