An ex-army interpreter has made a desperate plea for the US army to rescue his sister who became stranded in Afghanistan following the Taliban’s take over.

Hamidullah Ehsan, who now lives in Modesto, California, with his wife and two children, said he wants the US government ‘to ask her to come to the airport’.

He managed to get his mother and two siblings out of Afghanistan two weeks before the Taliban forces marched into Kabul earlier this month. 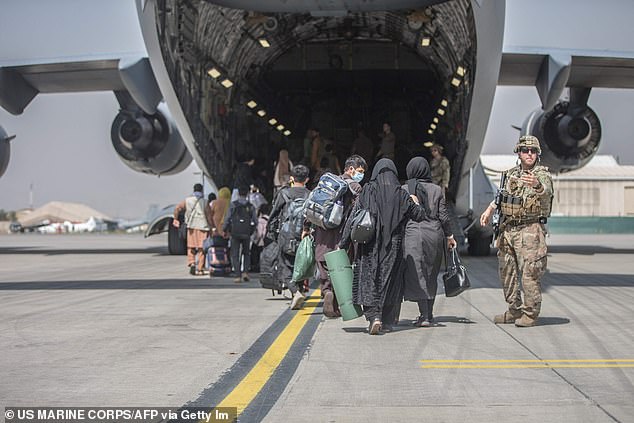 They are now registered with the United Nations refugee agency in neighboring Tajikistan.

Ehsan, who translated for multiple army units in Kandahar from 2008 to 2012 during the 20-year war against the Taliban, fears reprisals from the militants.

One of his sisters is still in Kabul with her husband and infant child. Ehsan has put her name on an evacuation list and is prepared to do whatever it takes to get her out.

‘All I want from the U.S. government is to call her and ask her to come to the airport. I’m ready to pay her tickets back here,’ he said. ‘All I want is for her to be safe.’

‘They’re asking for interpreters, asking for people that are in the military, asking for all those people and they’re going to kill them,’ he said, citing videos online showing what he said were militants going door-to-door.

Ehsan lives in America after securing a Special Immigrant Visa, designed for people who worked with the U.S. military, in 2015.

Thousands of desperate Afghans and foreigners have crowded the airport in the capital Kabul, where U.S. and Western military forces are keeping open a last avenue of escape.

Ehsan is most concerned for the women like his sister who remain in the country under new Taliban rule. 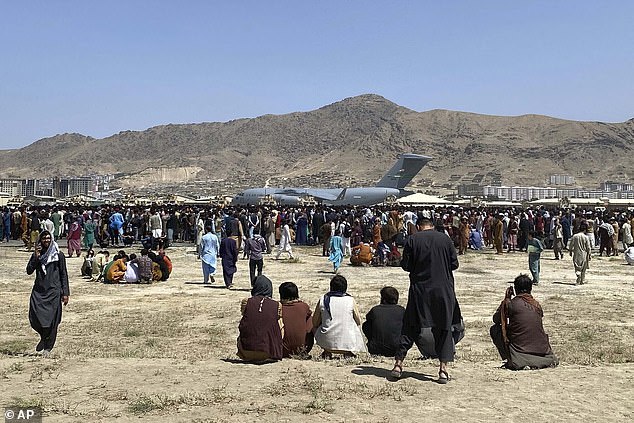 Hamidullah Ehsan, who now lives in Modesto, California, with his wife and two children, said he wants the US government ‘to ask her to come to the airport’ (file image)

He believes a return to the harsh version of Islamic law the Taliban enforced while in power from 1996 to 2001 will be disastrous for women’s rights.

The Taliban barred girls from school, kept women from working and forced them to cover their faces and be accompanied by a male relative outside their homes.

‘There was a lot of progress that happened back in Afghanistan but now everything will be zero,’ Ehsan said.

‘What are they doing to do, stay at home? Nothing. No school. No universities. No talking. Just covering themselves up.’

In their first news conference after taking Kabul, the Taliban said women would be allowed to work and study ‘within the framework of Islam.’

Ehsan vehemently disagrees, saying the Taliban are the same as before.

‘They’ve never been changed,’ he said. ‘I cannot compare them to any human being on the planet. They’re more dangerous than anyone you think of.’

WHAT IS A SPECIAL IMMIGRANT VISA?

Special Immigrant Visas (SIVs) are given to Afghan translators and interpreters who worked for the U.S. military and who meet certain requirements.

These include working with the U.S. Armed Forces as a translator or interpreter for a period of at least 12 months. They must also have obtained a written recommendation from an Officer where they worked.

SIVs may also be granted to a person’s spouse, as well as unmarried children younger than 21.

The program was created to protect Afghan allies who risked their lives helping U.S. troops in Afghanistan during the 20-year war.

It aims to provide permanent protection to Afghans affiliated with U.S. missions such as translators.

There are currently more than 18,000 applications waiting to be processed, as well as thousands of Afghans ineligible under this program who need protection.

Afghans eligible for this visa have historically had to endure long waits, which can take years, for the application and approval processes.

New legislation means those who qualify can come to America and finish their approval processes within 30 days of their arrival.