Does Prince Andrew nervously pace the corridors of the Royal Lodge awaiting the King’s review of the family finances?

The Queen funded working royals from her Duchy of Lancaster income. She also made provision for the redundant Andrew. 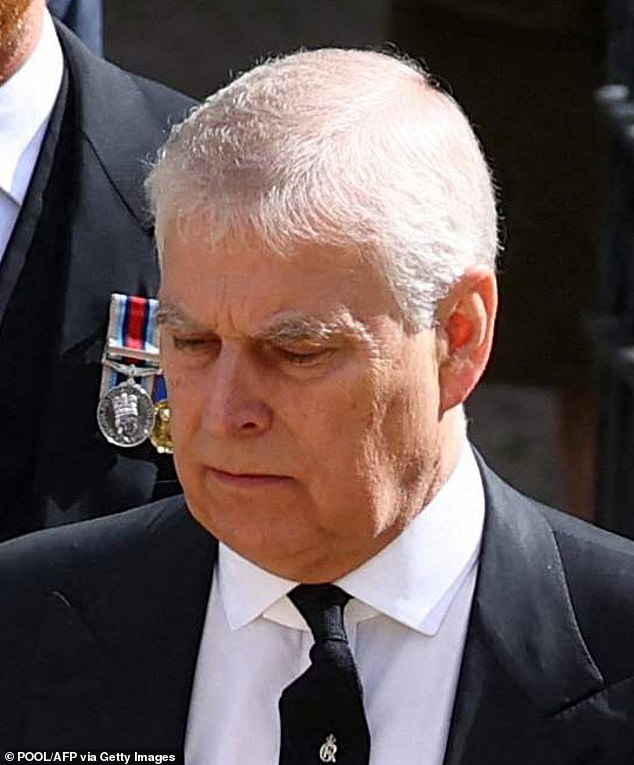 Whilst word is that Charles will finance working royals on the same terms as his mother, the funding of Andrew is not as certain.

And the Falkland veteran’s mood will not be enhanced by Princess Anne, rather than himself, flying to the South Atlantic to attend the 40th anniversary celebrations of the ending of the conflict.

The Royal Family is partly to blame for The Crown’s sensational fictions, says Professor Philip Murphy of the Institute of Historical Research. He accuses Buckingham Palace of making strenuous efforts to impede historians, adding: ‘In particular by obtaining an absolute exemption from the Freedom of Information Act for papers relating to the [late] sovereign and the second and third in line to the throne.’ 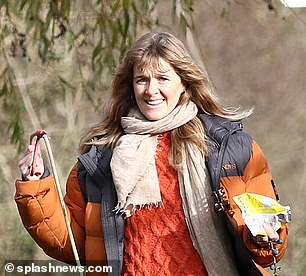 King Charles is ‘relaxed’ about Dominic West portraying him in controversial drama The Crown.

Perhaps it helps that West is equally relaxed about Charles’s horticultural friendship with his wife, Irish aristocrat Catherine FitzGerald, pictured, who has designed gardens at Hillsborough Castle in Northern Ireland and assisted with Charles’s restoration of Apafi Manor in Transylvania.

Next week’s Cenotaph commemoration will need extra space for the record seven living ex-prime ministers and their families entitled to turn up. It will be an especially poignant moment for Liz Truss, the only prime minister not to have laid a wreath at the Cenotaph since it was unveiled in 1920.

Boris’s ex-paramour Petronella Wyatt fumes: ‘Imelda Staunton says the Queen’s death left her ‘inconsolable’. In that case, why has she played her like a selfish, disdainful, uncaring old bat?’, adding: ‘Imelda is even less suited to play the Queen than Olivia Colman. Her face is all wrong. She looks like a Soviet commissar.’

Meeting Donald Trump in New York, Richard E Grant was mesmerised by his curious thatch. ‘I got up and walked around him as I wanted a bird’s eye view of that hair,’ he recalls. ‘It is like spun gold and I could smell Elnett. It was like being with a Teflon-coated circus master.’

Performance artist Brian Catling, who has died aged 74, once organised A Dog’s Tour of Oxford, hiring a bus, stopping at spots favoured by dogs and giving a commentary in dog barks. One passenger complained vociferously. ‘I stepped back into character,’ he explained ‘…and bit him.’