The state government’s decision to introduce a user charge for electric vehicles signals a dangerous step towards a privatised road user charge scheme in Victoria.

A privatised scheme would undermine any of its own benefits by helping to line the pockets of profit hungry giants like Transurban at the expense of our roads and those who use them. 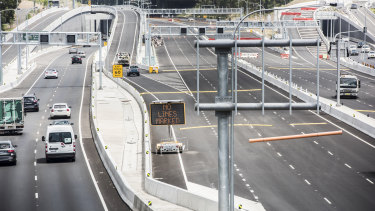 When I first heard about the proposed tax earlier this week, I was shocked. At a time when we need to urgently cut back on our greenhouse gas emissions and protect our climate, discouraging road users from adopting cars with cleaner footprints is the last thing we need.

Beyond keeping our roads packed with noisy and polluting cars, it would also completely undermine the positive investments the government has made in renewable energy in its recent budget.

But when I began to look more closely into the proposed tax, and how out of step it was, it became clear that the government was readying itself to privatise yet another public asset.

I only had to look at who had originally proposed the tax – Infrastructure Partnerships Australia, a pro-privatisation ‘think-tank’ representing Transurban and road builders. They were also the first ones out of the gate to support the government’s move. And we know that Transurban has been gunning to get their hands on road user charging rights for some time.

The Victorian Labor government is utterly addicted to privatisation and the selling off of public assets. Anything Jeff Kennett didn’t privatise in the ’90s, Andrews is selling off now – the Port of Melbourne, the Land Titles office, public housing estates, you name it.

The next on their hit list is the licensing and registration functions of VicRoads. The Treasurer has already stated that VicRoads will manage the electric vehicle tax. So it would be fair to wonder if this function will be bundled in with the VicRoads privatisation to fatten it up for sale.

But what would a privatised road user charge mean for Victoria?

It would see the government get a big fat lump sum upfront from a private operator to pay off debt or fund another project, while Transurban would manage the system, provide the technology and get a steady stream of income from the public that they could cream the profit off the top. 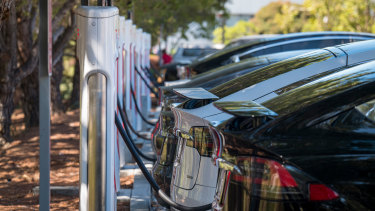 Of course, many will marvel at the big upfront payment to the government, but the public revenue pouring into Transurban will go directly to the toll-road operator’s profits and not back into public services. It will put the control of one of the most important transport reforms into private hands and away from the public good.

Road user pricing has the potential to be a massive game changer when it comes to transport in Australia. It will be a way of managing the demand on our roads, reducing traffic during peak hours, improving travel times and will have massive benefits for the climate.

And that’s exactly why the likes of Transurban want to get their hands on it. A privatised scheme would involve a watertight contract that would be about protecting private profits and not about the public good or reducing the number of cars on our roads.

Plus, a publicly run road user pricing scheme would smash their business model and they don’t want the gravy train to end. They want a never-ending hamster wheel of more cars on roads, to raise more revenue, to funnel into their own profits and more mega projects, and more ribbon-cutting opportunities for politicians.

It’s high time we had a debate on our state’s economic ideology. We haven’t had one since the ’90s and since then, Labor has largely continued to go even deeper into the privatisation of public assets. Is anyone in doubt that the government’s strategy to manage our increased public debt will be to sell off even more public assets?

It’s easy to see how a government trapped in this ideology would get dollar signs in their eyes when it comes to privatising a future road user pricing scheme. With more and more assets in private hands, the profit motive is usurping the public good.

We need to get the full benefits from our public assets and use them to achieve social, economic and environmental justice. We need to start a positive cycle of building up our public assets, using the revenue gained for reinvestment and for spending on housing, health, education and social services. And we need to retain public ownerships of natural monopolies, like future road pricing schemes.

We can start by not supporting a blatantly anti-environment sop to the privatisation lobby, like putting a tax on Victoria’s electric vehicles.

Sam Hibbins is the Greens Member for Prahran.