Italy’s coastguard recovers bodies of eight female refugees and rescues 86 others in the first such shipwreck of 2018. 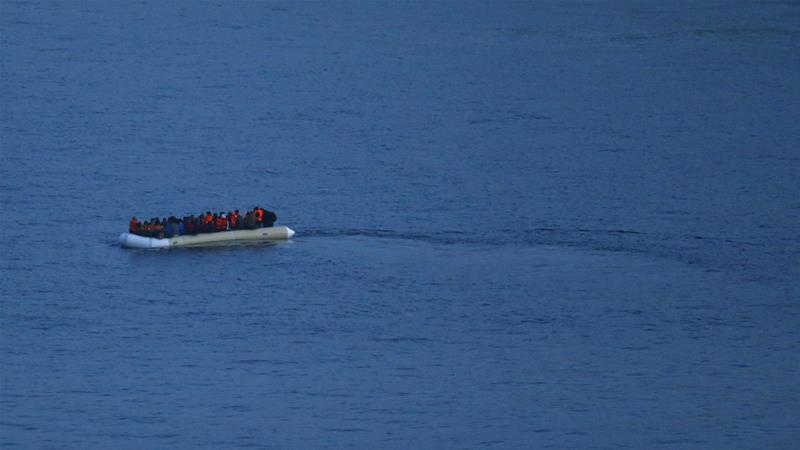 At least eight refugees have died and 86 others were rescued off the coast of Libya after a rubber dinghy ran into trouble in what is believed to be the first Mediterranean shipwreck of 2018.

Italy’s coastguard said an aircraft on patrol for a European anti-smuggling operation spotted the dinghy on Saturday morning.

Sergio Liardo, an Italian coastguard commander, told Italian state TV RaiNews24 that “it appears the dinghy deflated” after a puncture.

When rescuers arrived in the early afternoon, some 20 people were still in the dinghy while others were in the water.

Rescue agencies said many more were still missing, and said the death toll could be as high as 25.

Proactiva Open arms, a Spanish humanitarian group, said some people on the boat spent hours in the water before being saved.

“Shipwreck off the coast of Libya, east of Tripoli. Dozens of people missing who will die without a burial,” it said in a Twitter post.

Sea Watch, a German charity, said it had been alerted to the disaster by Italy’s coastguard, which believed 150 people had been aboard.

Al Jazeera’s Mahmoud Abdel Wahed, reporting from the Libyan capital, Tripoli, said the boat had set sail from the eastern town of Garbouli.

“Libya’s coast guard says it had no role in the rescue operation and that it was taken care of by Italy’s coast guard,” he said. “The boat was small and in a bad condition – it capsized in international waters. The Libyan coast guard said they cannot spot these boats because they are usually small, unless there is a distress call.”

The International Organization for Migration describes the Mediterranean Sea as the world’s deadliest border. Last year, 3,116 people died trying to cross from North Africa to Europe, it said.

More than 119,000 refugees and asylum seekers arrived in Italy by sea last year, it said. The figure is roughly one-third drop over the previous year.