Earthquake measuring 3.8 on Richter scale rocks parts of the Midlands as residents in Shropshire, Staffordshire and Gloucestershire report their houses ‘shaking’

An earthquake measuring 3.8 on the Richter scale rocked parts of the Midlands as residents in Shropshire, Staffordshire and Gloucestershire report their houses ‘shaking’ today.

Shrewsbury, Telford, Stafford and Stoke-on-Trent all felt some movement, with a homeowner from Shrewsbury describing their house ‘shaking from side to side’.

‘I was sat on the sofa and the whole room was moving, I’ve never felt an earthquake before,’ they told Birmingham Live. 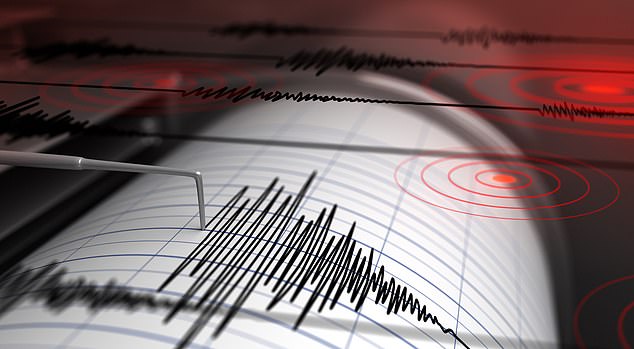 An earthquake measuring 3.8 on the Richter scale rocked parts of the Midlands today

‘I asked my partner if that was an earthquake and he said it was that or an explosion.’

One person on Twitter said that the ‘felt the Earth move in Wellington’.

Love Telford’s Twitter account said: ‘I heard a rumble and felt the desk shake. The fact others have asked the question makes me think it must have been.’

Telford resident Alan Harding tweeted that he felt the earthquake for a ‘few seconds’.

Another Telford resident, Elizabeth Wilkinson, said on social media that her some ‘felt the house move’.

‘I just feel weird and queasy,’ she added. 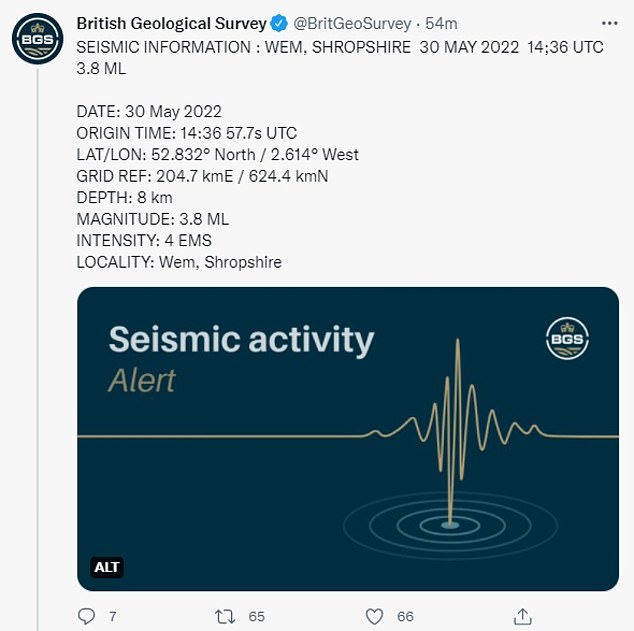 Residents of Long Eaton have experienced the effects of a magnitude 3.8 earthquake as well.

People living in the Derbyshire town, which borders Nottinghamshire said rooms and desks had been ‘shaking’ as a result of the small tremor.

A local resident told Nottinghamshire Live: ‘I think we may have just had a tremor – the desks and room shook.’

The British Geological Survey confirmed the earthquake happened at 3.36pm.

It also confirmed the earthquake was 8km below ground, and based largely in the Wem and Shropshire area.

It received numerous reports that this event has been felt by residents in Shropshire and surrounding counties.

Louise Elliott tweeted: ‘Anyone else feel an #earthquake in the Stoke-on-Trent area just now?’.