A drug outreach worker who trafficked heroin near Melbourne's first supervised injecting centre has had his jail term cut in half after successfully appealing the one-year sentence imposed by a magistrate.

Matthew Honey, 50, was involved in almost 100 transactions in September and October last year around the Richmond facility, where it was his job to educate heroin users and help them make use of the controversial centre. 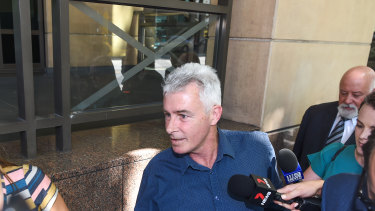 "His offending was behaviour that flew in the face of the goals of the service he worked for," Judge Wilmoth said.

Judge Wilmoth said that Honey's long-term drug addiction and repeated relapsing meant that he was suitable for a lengthy CCO that would allow authorities to monitor his behaviour.

"He has had to deal with the ramifications of that – being publicly vilified for it – because of the opposition of some in the local community to the very existence of the safe injecting room." 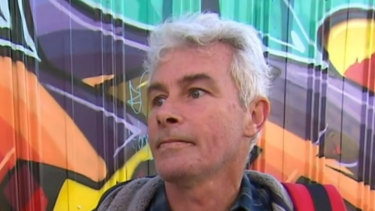 The court heard that since he was found guilty, Honey had lost his house and his job.

A police investigation found Honey was involved in dozens of heroin transactions, selling the drug near the Richmond centre, outside a primary school, in local streets and at his nearby home.

He pleaded guilty to one count of drug trafficking in September. Honey's lawyers argued he was involved in "low-level street offending" to friends and people he knew and there was no evidence of financial reward.

Honey’s barrister, Daniel Sala, argued that his client's criminality should be seen through the lens of his battle with drug addiction and that he had become the focal point of the animosity felt by some members of the Richmond area towards the safe injection facility.

"He's become this sort of pariah that represents to so many people in that Richmond area what are all the problems with this program," Mr Sala said.

"What is particular about this, is that there really is this concerted effort to undermine and attack and remove this institution of the safe injecting room.

"When all this came out … many people saw it as reflective of the type of individual that uses his place and what is going to happen in that it's a den for the corrupt."

Prosecutor Briana Goding said that Honey's offending was serious because of the number of transactions that took place and that it happened outside a primary school.

Judge Wilmoth acknowledged Honey's long history of drug problems, his struggles with depression and that he had been abused by vigilantes for the work he did.

Magistrate Gilligan had the outreach worker assessed for a non-custodial community correction order but decided a jail term was appropriate as Honey had not complied with previous attempts at rehabilitation.

Four other people arrested with him last year still have their cases before the courts.

Honey, who was granted bail after immediately appealing his original sentence, will likely leave prison at the end of May 2021.