A shocking video shows a driver repeatedly run over a man, leaving him with ‘two broken legs’.

In the dramatic CCTV footage recorded outside a newsagents in Huddersfield West, Yorkshire, a pedestrian is seen stood facing the direction of a red car.

The car then drives onto the pavement and straight into the man, before reversing and mowing him down again.

Another pedestrian in a t-shirt is then knocked down by the car.

A man is then seen trying to smash the driver’s side window before it speeds off.

Witnesses say the victim’s legs were broken in the collision and that he was taken to hospital by ambulance.

A local man said: ‘I think the car has come across Willow Lane and tried to run him over twice. I heard he broke both legs. Police and ambulance came out.

Another resident said he was left ‘speechless’ by the video.

He said: ‘It looked like he was trying to kill that lad. I don’t know what

the trouble is about or what started it.

‘If there were more police around that would not have happened. We need

more police patrolling. It’s a hotspot for crime around here.’

A Yorkshire Ambulance Service spokesman said they were called at 12.59am on Boxing Day to reports of a car in collision with a pedestrian.

He said: ‘We transported a patient to Huddersfield Royal Infirmary. We do not have any details of the injuries.’ 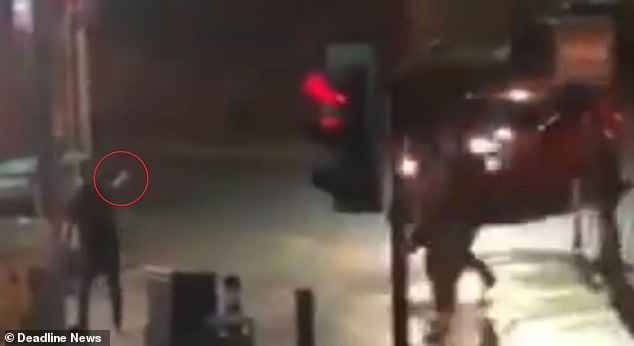 A shocking video shows a driver repeatedly run over a man. Witnesses believe that the man was pointing a gun at the car before he was run over

West Yorkshire Police which attended the shocking incident are appealing for information about it.

Officers are looking to trace a man aged in his late 20s to early 30s and wearing a dark coloured baseball cap with a white tag on in connection with the incident.

He is described as being either mixed race or Asian and in addition to the cap was wearing a white jacket and jeans.

Footage of the shocking incident was captured from a property across the road.

Some viewers thought that the injured man was taking aim with a gun.

Shelly Hudson added: ‘Wasn’t the guy who got ran into pointing a gun at the 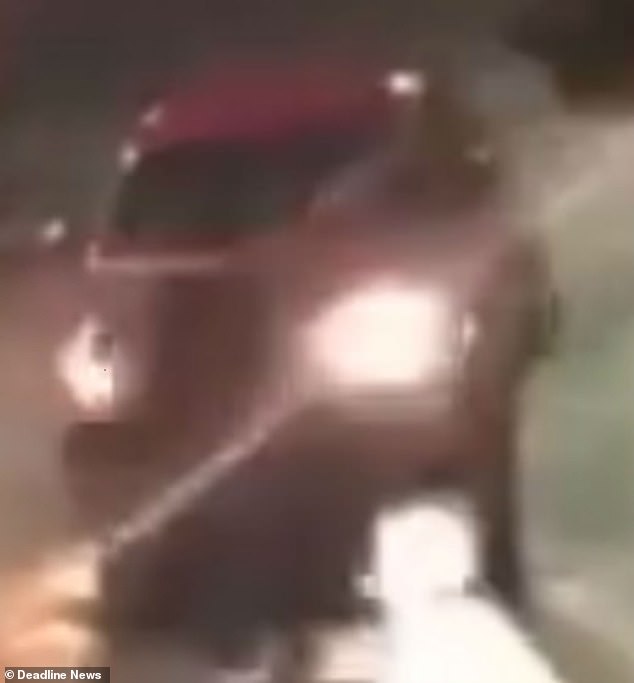 Sarah Jane wrote: ‘Is he holding a gun, who got run over?’

Adam King said: ‘The government is at fault! Need to give tough sentences no less than 10 years hit them where it hurts.’

Ak Skinny added: ‘What the f*** is this world coming to if it’s not stabbing it’s someone getting shot if it’s not shot, they getting hit by car.’

Jack Solomon wrote: ‘Lock the t*** up and throw away the key.’ 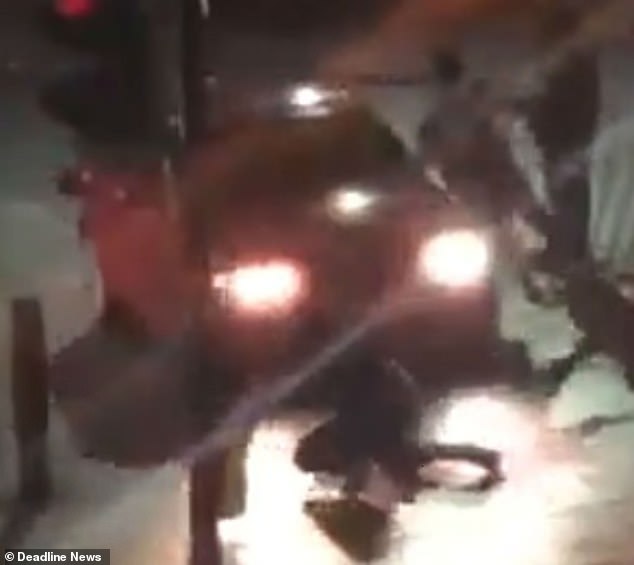 The clip shows the car reversing back as four men stand watching it on the pavement seemingly aware that it may pose a threat.

The red car then careers forward as one man wearing a t-shirt puts his hand out in front of him as he attempts to stop the car.

The red car continues to drive forward and knocks down the man in the t-shirt.

The man then tries to stand up to get out the way, but can only crawl, suggesting that he was injured in the impact.

The red car then reverses back on to the road before coming to a stop with the injured man still crawling on the pavement. 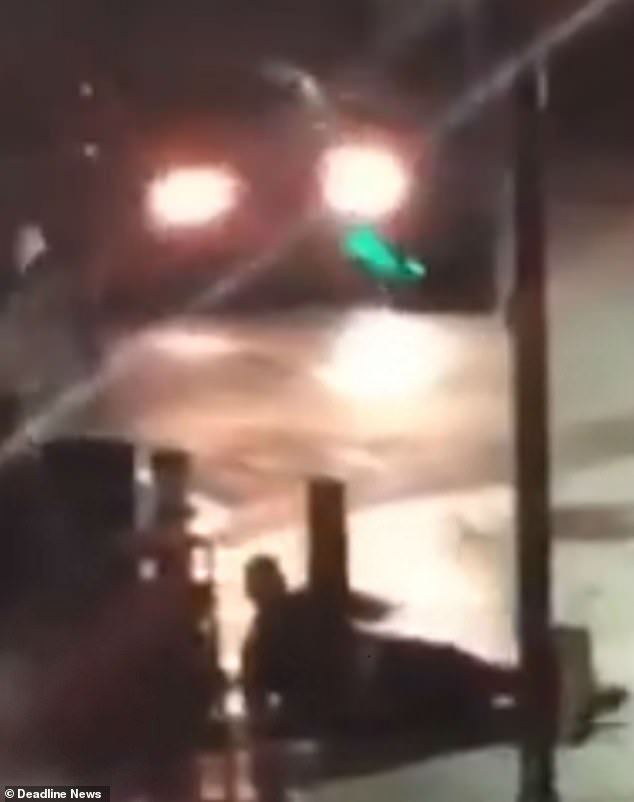 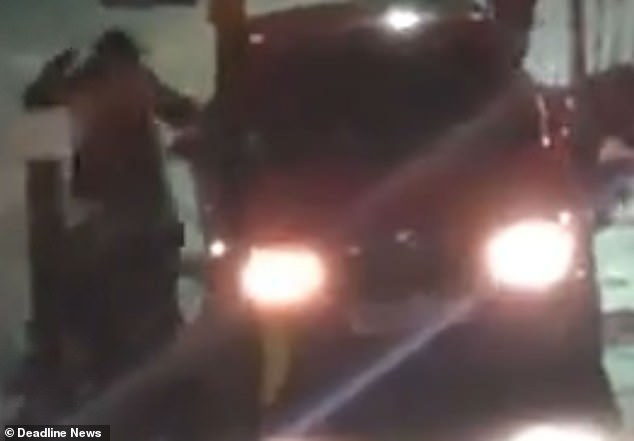 Once again the red car comes to a stop, and this time one of the men watching starts punching the driver’s window

Other men then try to help the man, and reason with the driver, but the driver accelerates back on to the pavement hitting the injured man, and another man in the process.

Once again the red car comes to a stop, and this time one of the men watching starts punching the driver’s window.

At this point the red car reverses back on to the road and drives off.

The other men crowd around the injured man who appears to be in some pain.