This is the moment a man was brutally attacked after a minor road collision in the street.

Police said they believed the man had asked the other motorist for his details following a crash in Winson Green, Birmingham.

A video shows a man in a white T-shirt sitting on the bonnet of a black Polo after it had been involved in a collision with another car, in a bid to stop it leaving the scene.

It is believed the driver of the Polo refused to exchange details, after the collision on May 18 last year at about 3.30pm.

The man, who was on the phone, refused to get off the bonnet but then two men got out of the Polo and beat him in front of terrified onlookers.

They repeatedly punched him and eventually knocked him to the ground before fleeing in their Polo.

The clip ended with the exhausted and beaten victim in the care of passers-by, with his shirt ripped to shreds. 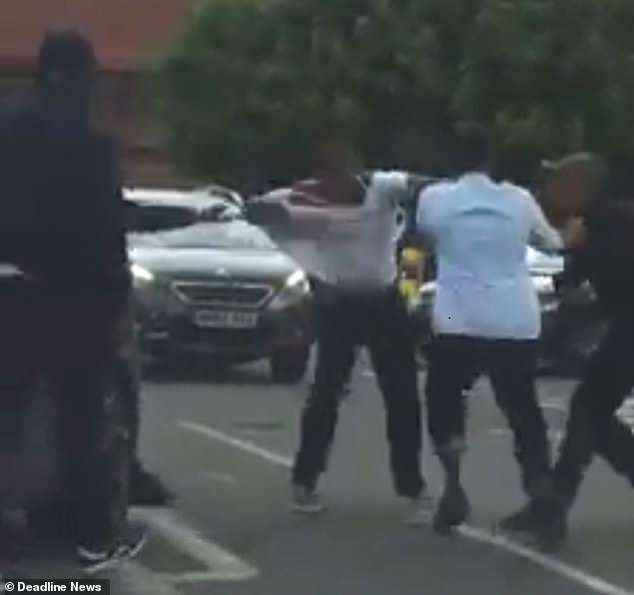 A man was attacked after a minor road collision in the street in Winson Green, Birmingham

The victim was left with cuts and bruising and police have appealed for any information or anyone with footage of the incident to contact them.

The footage was widely shared on social media and police it has  been used it as evidence.

A West Midlands Police spokesman said: ‘An investigation has been launched after a man was assaulted following a minor collision in Winson Green (on May 18, 2017).

‘Officers were called to Dudley Road, Birmingham, at around 3.30pm following reports that two cars had been involved in a collision and a driver had been assaulted. 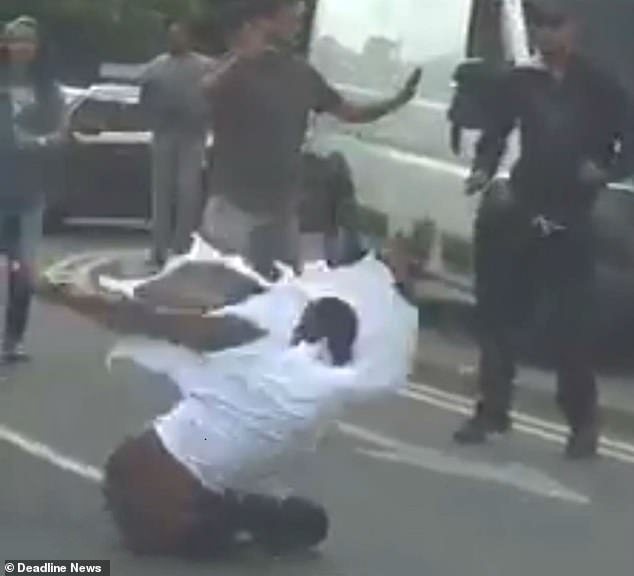 ‘It is believed that following the collision a driver of a black Polo was refusing to exchange details and that the driver along with several passengers assaulted a 31-year-old man. He was later treated for cuts and bruising.

‘We are aware that a number of passing motorists may have witnessed this attack with some capturing the assault on film.

‘We are appealing for those people to come forward so that we can view the footage as we continue to investigate the assault.’