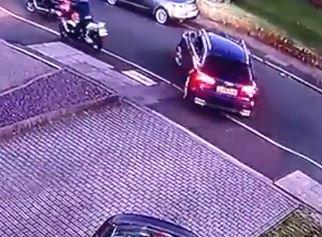 It took one of the men just three well-placed kicks to smash through the lock before the raiders swarmed inside and lifted the keys to an Audi SQ5 before fleeing in moments.

The occupants – who were not home at the time of the raid – later reportedly found the car abandoned nearby.

But it had been "ripped to bits" by the thieves as they tried to tear out the vehicle's tracker.

Video captured on a home surveillance camera – viewed more than 57,000 times online – shows two bikes pull up outside the house. 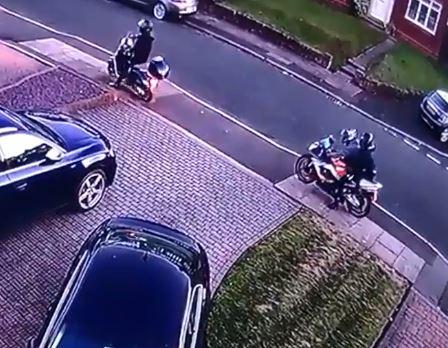 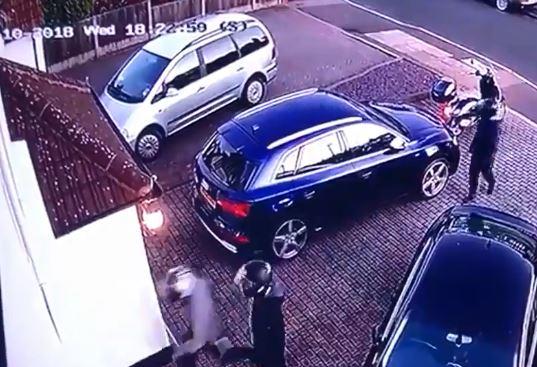 Three raiders in helmets get off and walk towards the front door.

A thug in a grey hoodie and black tracksuit bottoms then runs towards the door and starts stomping it repeatedly until the lock breaks and the thieves rush in.

It takes them just 20 seconds to find the keys and exit the house.

The man in the grey hoodie is then seen passing the keys to an accomplice who unlocks the Audi and quickly follows the bikes out of the quiet residential road. 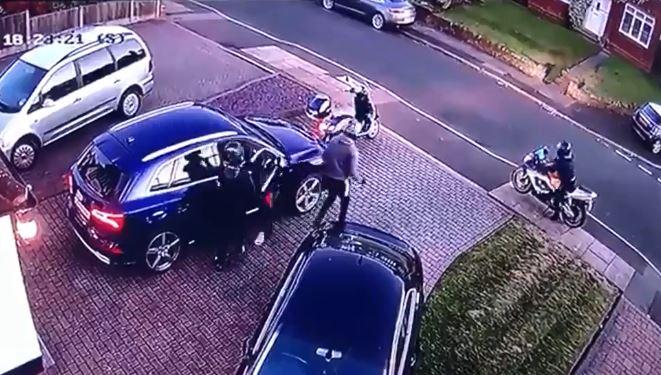 Kayte Davies later shared the footage on Facebook with a desperate appeal for information.

She wrote: "We just want to find out who it was so it stops happening to others.

"Thank God no one was home. Imagine what would have happened if someone was in."

Social media users were stunned by the speed of the raid.

Hollie Newey wrote: “It amazes me how easy they make it look.

"Pure jealousy because they’ll never get a job to ever be able to afford one.”

Franco Rolls commented: "Leave keys hidden. I bet at least half of these happen purely from word of mouth."

Glenys Daly added: "They must know your routine."