DONALD Trump's aide who carried America's so-called "nuclear football" is the latest person in the White House inner circle to be tested positive for coronavirus.

Coast Guard aide Jayna McCarron, who has been pictured with Trump carrying the case with the nuclear codes, tested positive over the weekend. 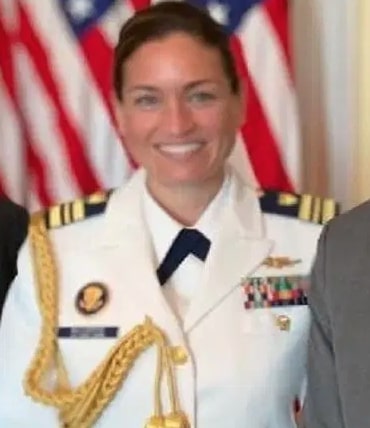 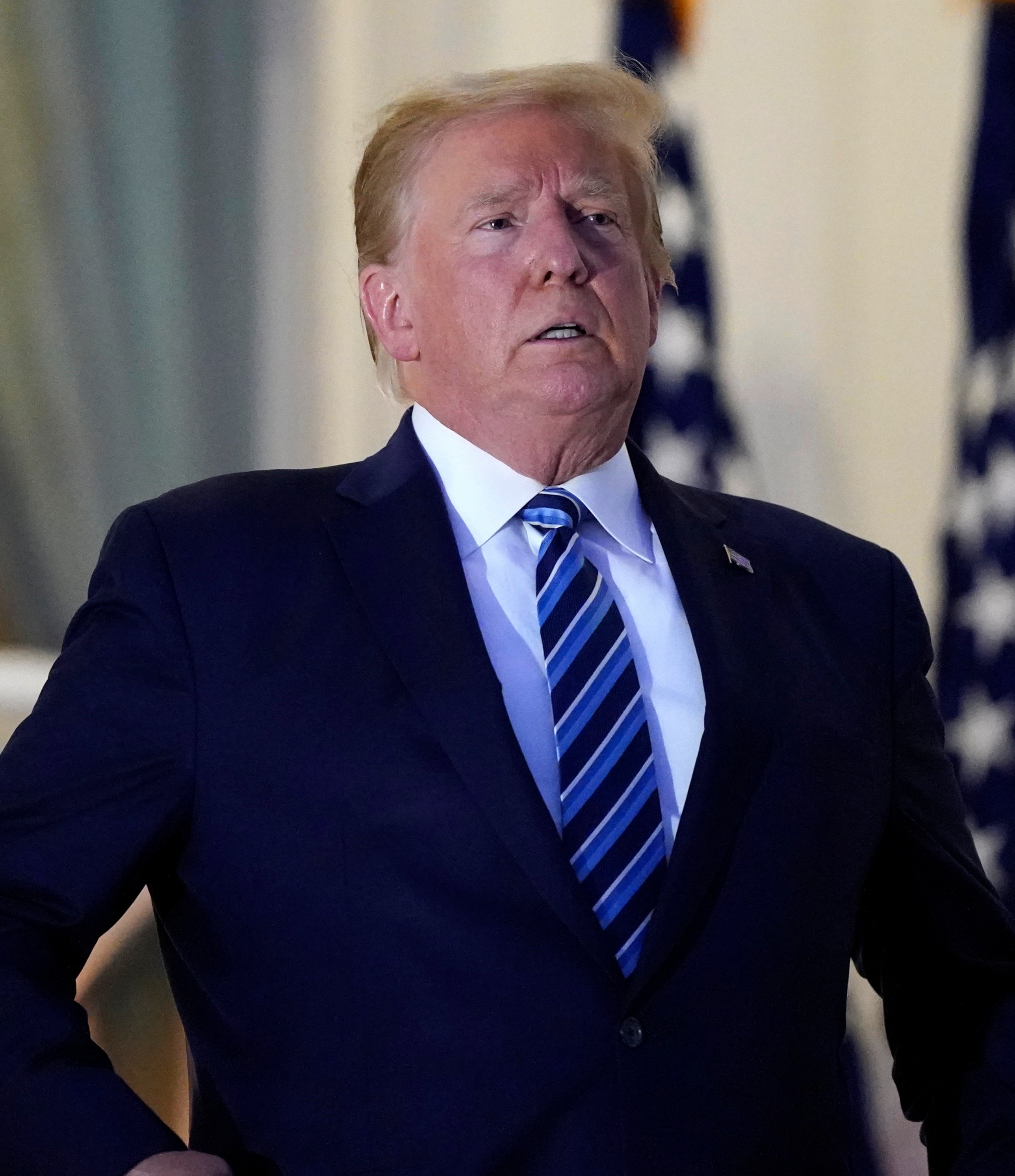 She last traveled with Trump on a trip to his New Jersey golf club for a campaign fundraiser, reported CNN.

It comes as top adviser Stephen Miller has tested positive for coronavirus – becoming the 15th senior White House official with the disease.

Miller, who works as a senior adviser to President Trump, tested positive on Tuesday after five days of negative tests.

In a Tuesday statement, Miller said: "Today, I tested positive for COVID-19 and am in quarantine."

He explained how he has been working remotely and self-isolating over the past five days.

Miller, 35, said he had tested "negative every day through yesterday."

His Covid diagnosis comes about five months after his wife Katie Miller, the press secretary for Vice President Mike Pence, contracted the virus.

Miller's test result makes him the 15th top member of the administration to get the virus.

The disease has ravaged the White House in just a matter of days and rocked campaigning for the election on November 3.

It has rattled financial markets and slowed the work of Congress, with the Senate vowing to delay any votes now that three members of the Republican majority have tested positive. 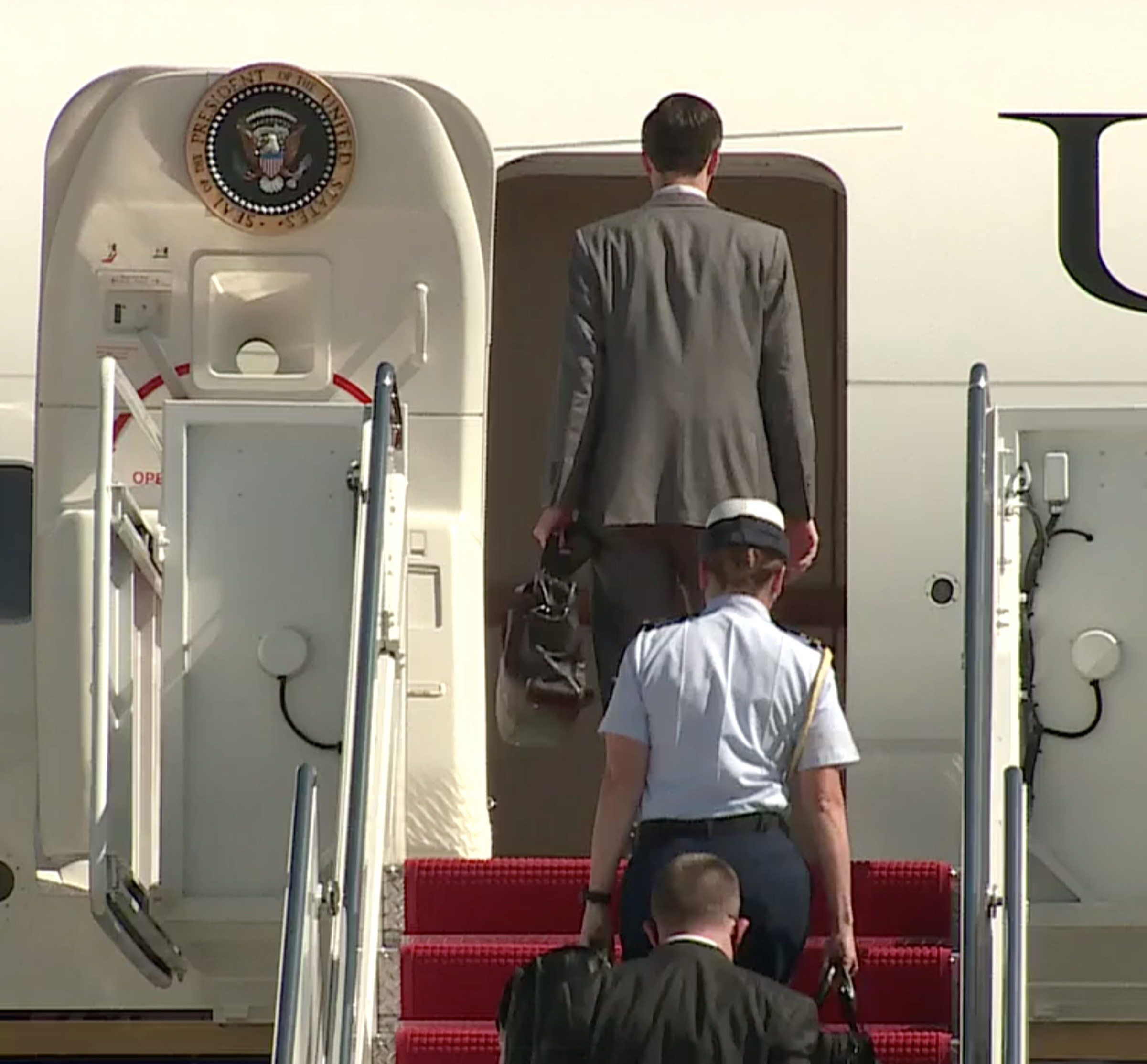 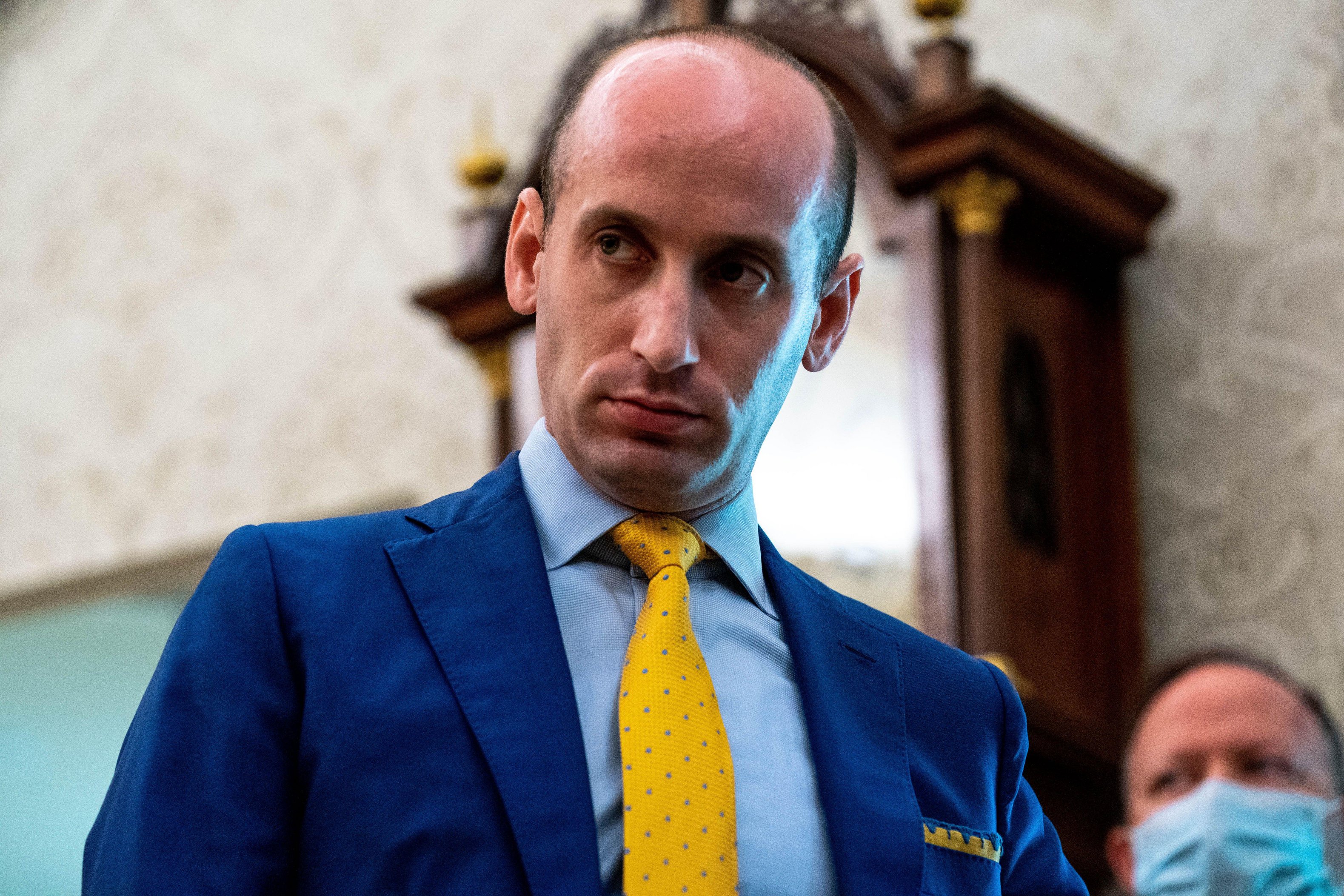 The president and First Lady Melania Trump tested positive for the coronavirus on October 1.

Within days, a number of people connected to the White House tested positive after a "coronavirus super spreader" ceremony for Supreme Court nominee Amy Coney Barrett was held in the Rose Garden.

Trump was rushed via helicopter to a medical center near Washington DC after he was struck down with the illness – putting the US election in jeopardy with just weeks to go.

Trump spent the weekend at a military hospital in Bethesda, Maryland, where he tweeted and took a controversial SUV ride to see supporters who were gathered outside.

Several people who met with Trump last week said they had since tested negative, but it can take days for someone who has been exposed to the virus to develop symptoms or to test positive. 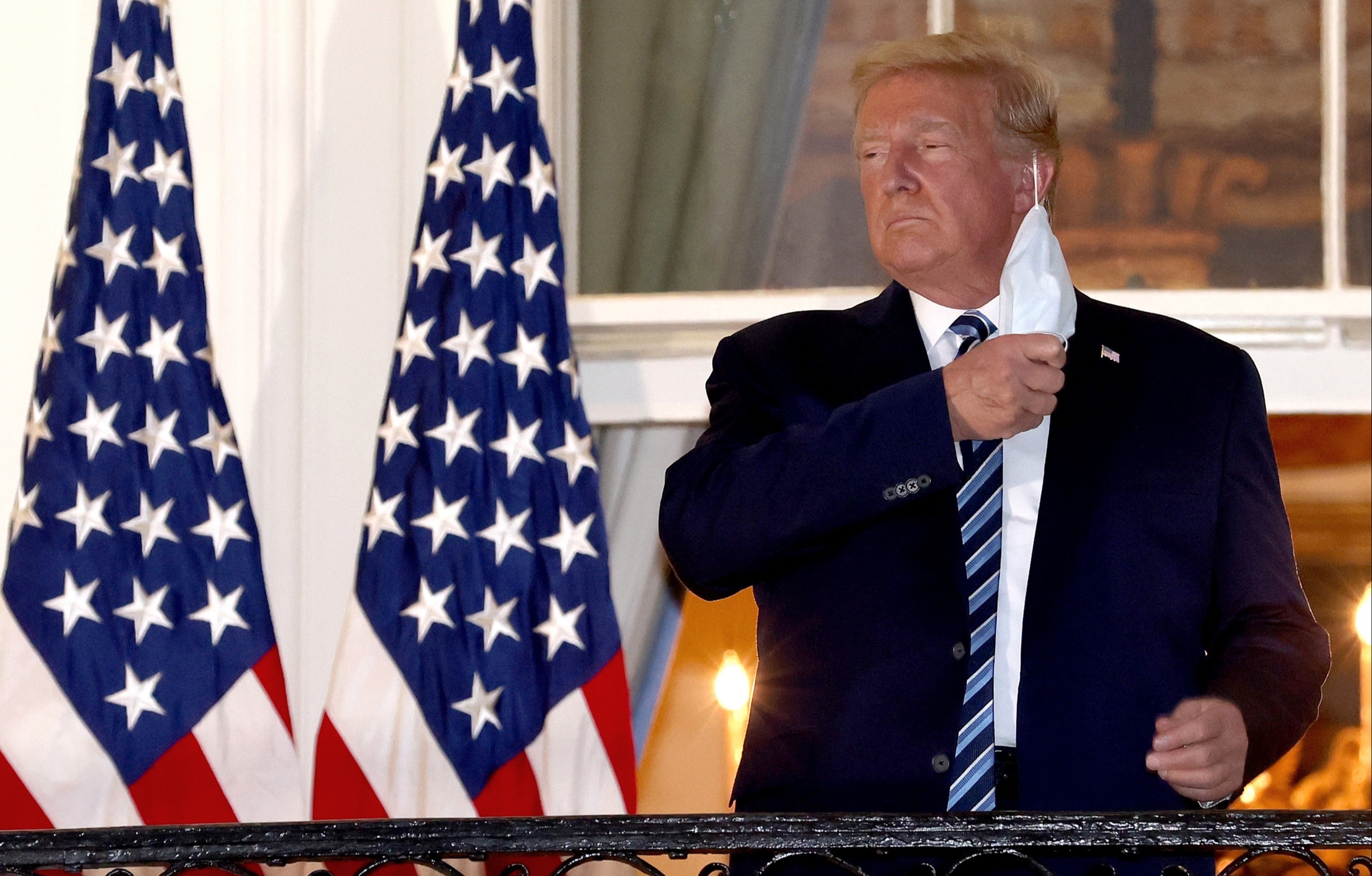 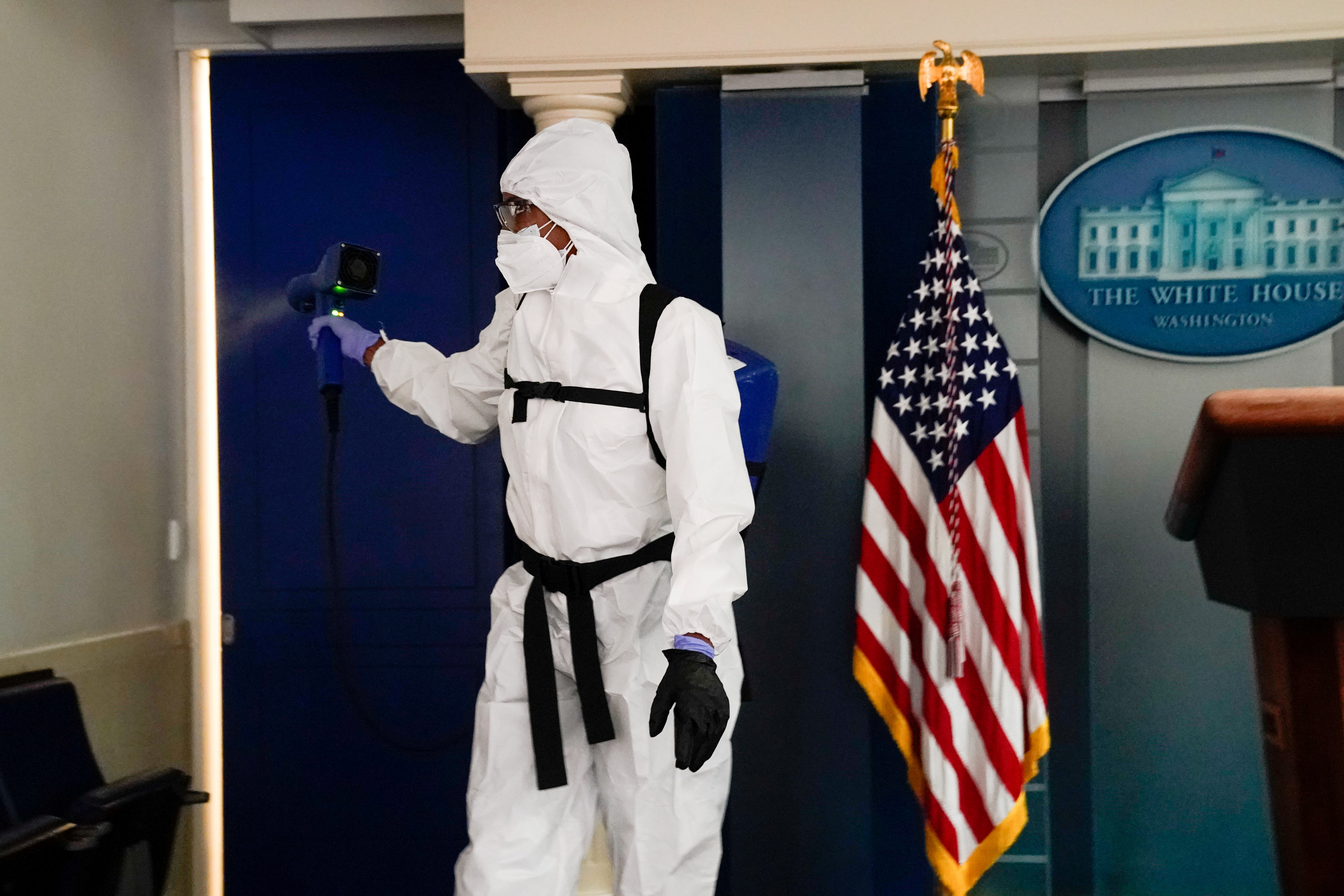 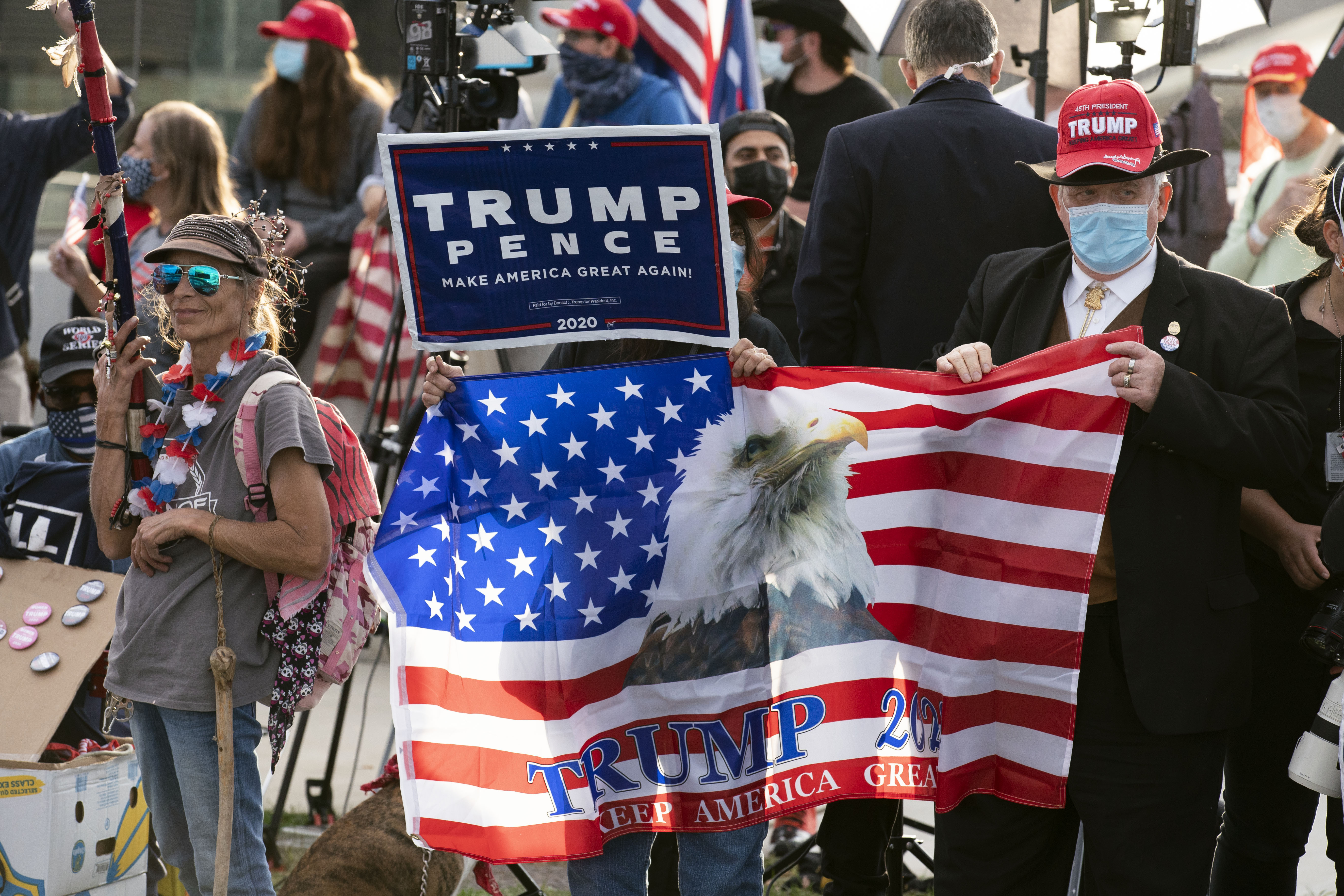 Dr Sean Conley provided an update on Tuesday, confirming that Trump "had a restful first night at home, and today he reports no symptoms".

Shortly after his return to the White House, the Trump administration released a video on Twitter, praising the work of doctors and staff at Walter Reed.

In the video, Trump repeatedly advised the American people to not let Covid-19 "dominate" and urged "don't be afraid of it" and "you're going to beat it".

Trump wants to take on his rival Joe Biden in another debate in nine days and hopes his coronavirus battle will help him win the election, according to his campaign.

Critics have blasted Trump and the White and accused them of a cavalier handling of the deadly virus and disregard for medical advice.