Looks pane-ful! Dog is so excited to see her owner she runs into the glass door

This is the moment an Italian greyhound got so excited to see her owner return that she leapt straight into a glass door.

The TikTok video, which has been viewed ten million times, shows ‘Honey the Iggy’, a loving canine from Oslo, Norway, go completely crazy after spotting her owner outside.

With the characteristic speed of a sight hound, the three-year-old Italian greyhound tears through the space separating her from her owner, until reaching the glass door. 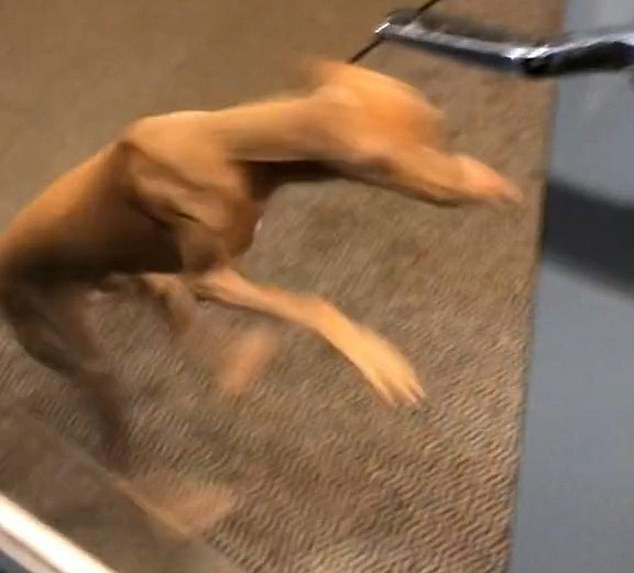 Honey the Iggy, a three-year-old Italian greyhound living in Oslo, Norway, was so excited to see her owner return that she threw herself into a glass door

She then leaps into the air, forgetting all about the glass barrier, and smacks into it.

But even that apparently painful episode cannot dampen Honey the Iggy’s joy, as the one-dog welcoming committee continues her frenzied celebration of her owner’s return.

According to Honey the Iggy’s owner, she was totally unharmed by the incident, which was posted on TikTok on January 25.

The viral video, a small shaft of light and diversion in dark times, is set to the song All Star by Smash Mouth, made popular by its inclusion in the DreamWorks Animation film Shrek (2001). 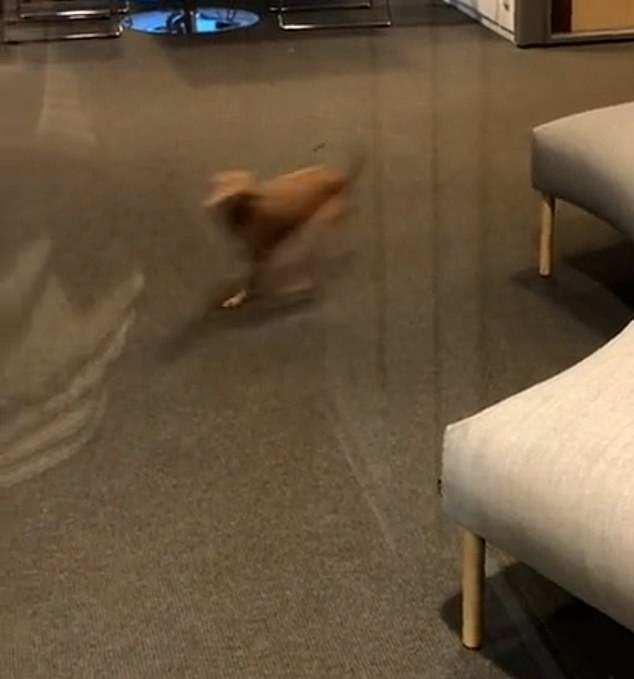 Honey the Iggy is described as a ‘fashion model’ on the Instagram page dedicated to her content, and on TikTok – where she is most famous – she has amassed 2.7 million followers.

As well as having a large online following, the dog also has a wide and diverse wardrobe, with pictures from the canine’s Instagram showing her dressed in zany outfits, including turtle-neck jumpers, woolly hats and even a hoodie.

‘Honey the Iggy’, a loving canine from Oslo, Norway,