DOCTORS in Australia were shocked when they found tapeworm larvae living in the brain of a woman who had been suffering with migraines for years.

The 25-year-old barista had complained of splitting headaches for the last seven years and had previously been prescribed migraine medication. 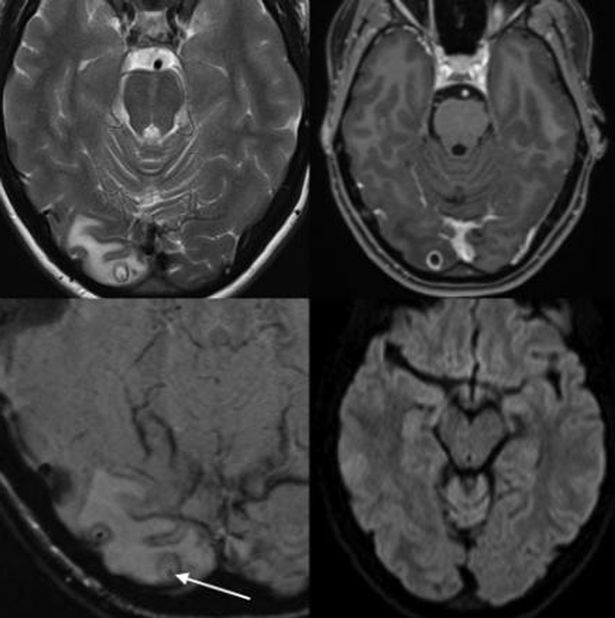 The woman would experience severe headaches three times a month.

When her last headache continued for more than a week she knew something was wrong.

She also started to suffer from blurred vision and aches and experts sent her for an MRI scan on the brain which revealed a suspected tumour.

CNN reported that when surgeons operated to remove the tumour they discovered it was actually a cyst full of tapeworm larvae.

Tapeworms usually live in a person’s intestines and occur when a person eats undercooked pork or comes into contact with tapeworm eggs.

Her case was reported in the American Journal of Tropical Medicine and Hygiene.

Published on September 21, shocking images show how much space the larvae took up in her brain. 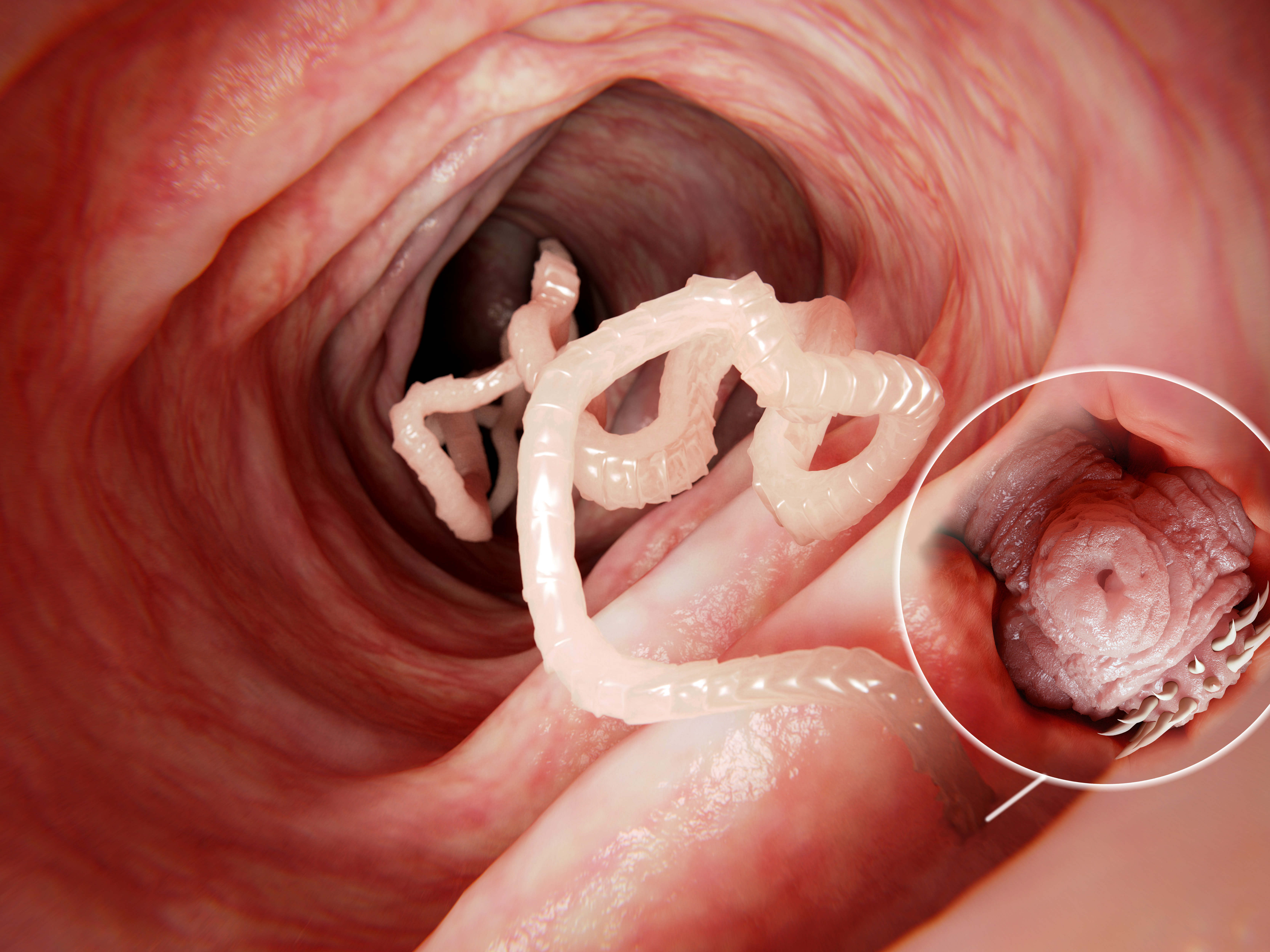 The woman had never travelled abroad and experts said this was the first native case of neurocysticercosis (NCC) in Australia.

Neurocysticercosis can cause neurological conditions when larval cysts form in the brain.

The woman was believed to have accidentally ingested tapeworm eggs released from a carrier.

She made a full recovery and needed no further treatment.

The World Health Organisation states that “tapeworm infection of the central nervous system is a leading cause of epilepsy worldwide”.

It also states that the infection is preventable and that causes include “consuming undercooked food, particularly pork, or water contaminated with tapeworm eggs, or through poor hygiene practices.”

The study states that the "disease is endemic in many parts of the world, including Africa, Asia, and Latin America, where animal husbandry practices are common such that pigs reared for human consumption ingest feces from humans infected with T. solium."

It concludes: "Neurocysticercosis is rarely acquired in economically affluent regions, including North America, Central Europe, Japan, and Australasia, and in countries where pork consumption is discouraged by religious or social practices.

"In these countries, NCC is usually diagnosed in immigrants or returning travellers who have spent time in endemic regions.

"The unusual features of the clinical presentation and epidemiology are highlighted to raise physicians’ awareness that attention needs to be paid to the risk of autochthonous infection occurring in non-endemic countries."