Doctor, 33, faces jail for killing student, 19, in head-on crash on her way to hospital after swerving into path of her parents’ car as they drove her home from university

A doctor is facing jail for killing a ‘sweet beautiful’ teenage girl in a head-on crash on her way to her hospital.

Dr Sally Robeson, 33, ploughed into the family car of 19-year-old Rebecca Davies after her parents had picked her up from university.

Dr Robeson was driving to work in her NHS hospital in her pink Peugeot when she claimed she was dazzled by light from another car. 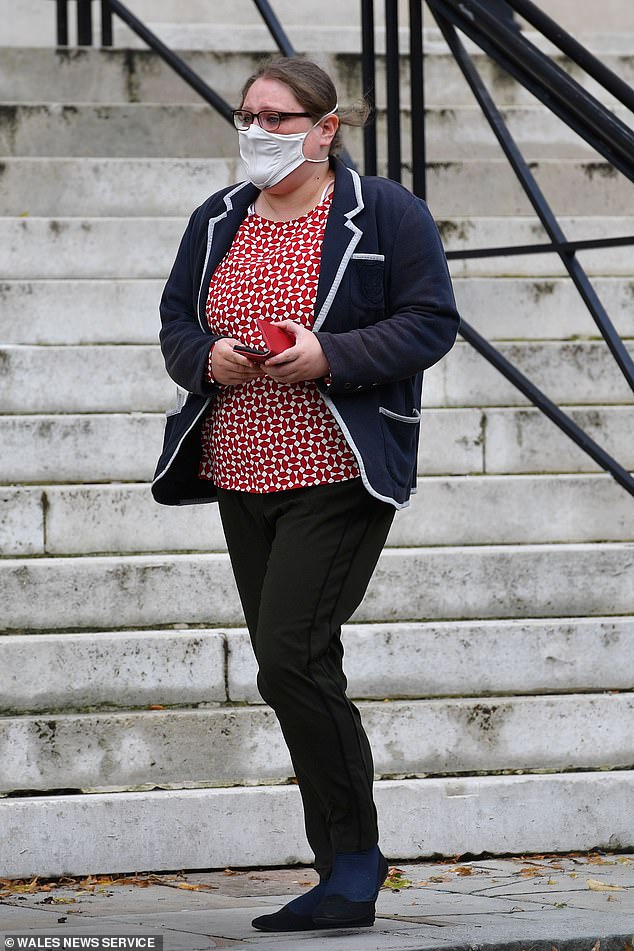 Dr Sally Robeson, 33, (pictured) crashed into the family car of 19-year-old Rebecca Davies after her parents had picked her up from university in Llanellen, Monmouthshire. in January

But the court heard she may have ‘been tired and not as fresh or alert as she thought she was’ as she lost control and swerved across the road.

Rebecca suffered severe injuries in the back seat in the crash and died at the same hospital where Dr Robeson worked as a trauma specialist.

Rebecca suffered catastrophic injuries to her stomach and died at Nevill Hall Hospital in Abergavenny, Gwent, two hours after the crash.

Her mother Carol was driving her Suzuki Swift when she was hit by the doctor’s Peugeot on the road.

She said: ‘I saw lights in front of me – they came from nowhere. There was the bang of impact. It was a loud bang and the windscreen went through and the airbags went off.

‘It was a complete shock. One minute you’re driving along and the next minute this happened. I remember thinking “Am I okay? Am I alive?”‘ 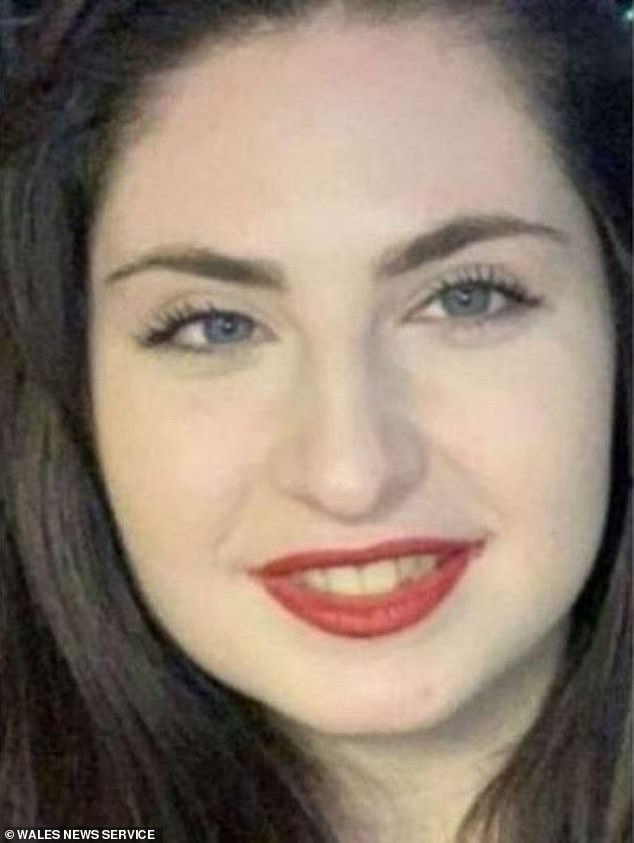 Her husband William was unconscious next to her but she couldn’t hear Rebecca from the back seat.

She then shouted to her daughter ‘Are you okay?’ and Rebecca said she was okay but was ‘in pain’ and ‘had a bad stomach’.

But Rebecca, of Abergavenny, died from injuries including laceration of mesentery, ileum, and diaphragm.

Rebecca, who was studying biochemistry at Birmingham University with the hopes of becoming a doctor, was described as being ‘deeply missed’.

The cause of death was given as an injury to the belly including laceration of mesentery, ileum, and diaphragm.

Mrs Davies suffered a broken neck, collar bone, ribs, hip and ankle as well as a dislocated elbow and an arm fracture.

Prosecutor Eugene Egan said Robeson had not acted as a ‘careful and competent driver’ and had lost control of the car. 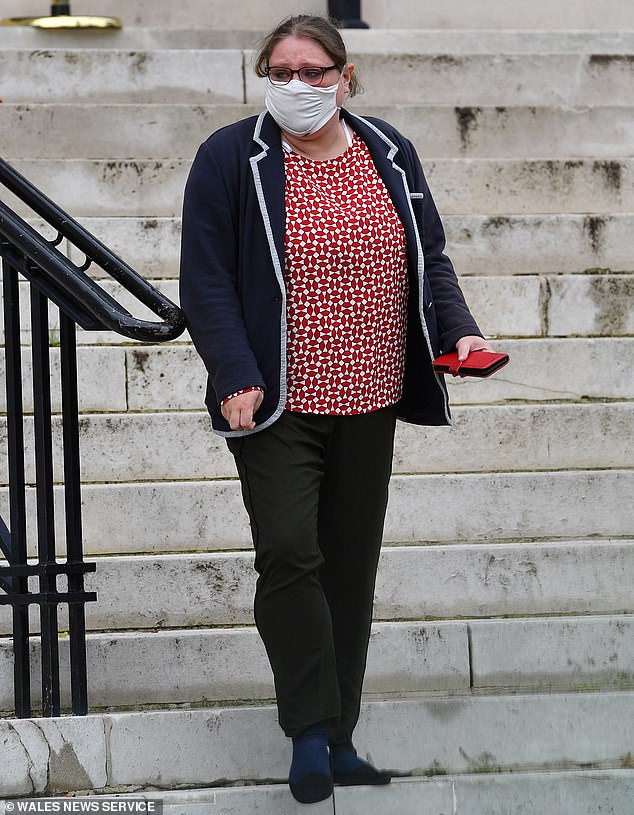 He added: ‘The bottom line is the defendant was not driving in an appropriate fashion that day and lost control of her car in circumstances where a careful and competent driver would have kept on the right side of the road.

‘Perhaps Sally Robeson was tired and not as fresh or alert as she thought she was. Perhaps she looked down at the satnav on the bend.’

Robeson was on her way to work a shift at Nevill Hall Hospital as a senior house doctor specialising in trauma and orthopedics.

Robeson claimed she was dazzled by lights from another vehicle and oversteered to avoid hitting a hedge on the other side of the road, causing her to swerve into the opposite carriageway.

The doctor of Southend-on-Sea, Essex, pleaded not guilty to causing death by driving without due care and attention at the A4042 in Llanellen, Monmouthshire, in January.

But she was found guilty at Cardiff Crown Court. 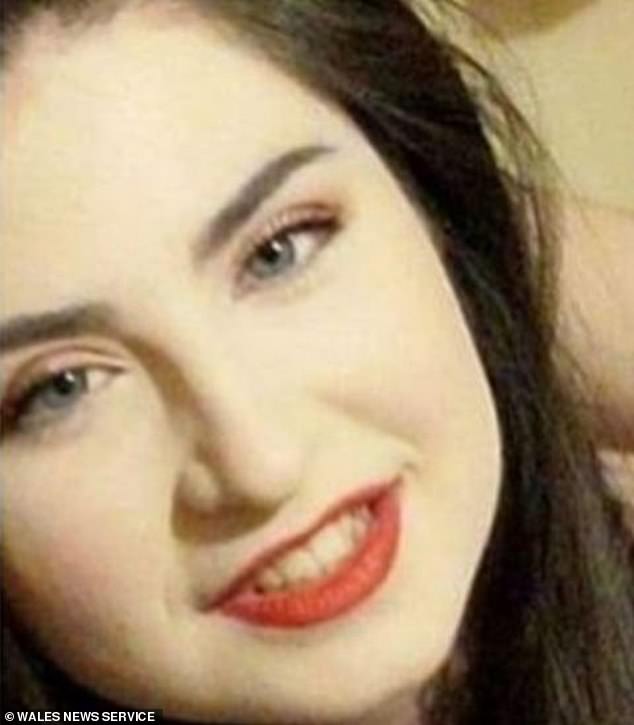 Rebecca (pictured) suffered catastrophic injuries to her stomach and died at Nevill Hall Hospital in Abergavenny, Gwent, two hours after the crash

Defence barrister Heath Edwards said: ‘There’s no doubt what happened on that night was tragic.

‘It was a split second which devastated the lives of all those involved. Nothing that we can do can turn back the clock. It is an awful fact Rebecca Davies was killed and others were significantly injured.

‘This has shattered the lives of the Davies family but accidents can happen and despite people driving competently and carefully.’

Robeson will be sentenced at Cardiff Crown Court on September 6 after a pre-sentence report.

Rebecca’s family tribute said: ‘Our daughter was beautiful inside and out. She was determined to help others, volunteering with St John Ambulance and St Mary’s Hospice while studying for her degree in biochemistry at Birmingham University with the aim of becoming a doctor.

‘She made us so very proud. Good night our sweet beautiful girl. May flights of angels sing thee to thy rest.’