THIS is the disgusting moment a Deliveroo driver allegedly poos outside a shop while delivering food.

The alleged filthy act was captured by a security camera in King's Cross, Central London, at around 5.45pm on January 9. 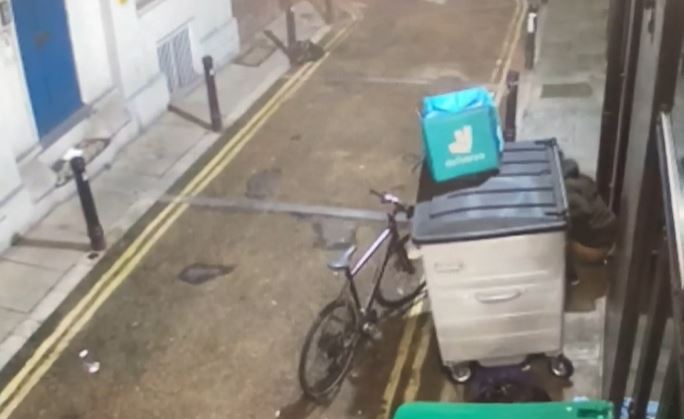 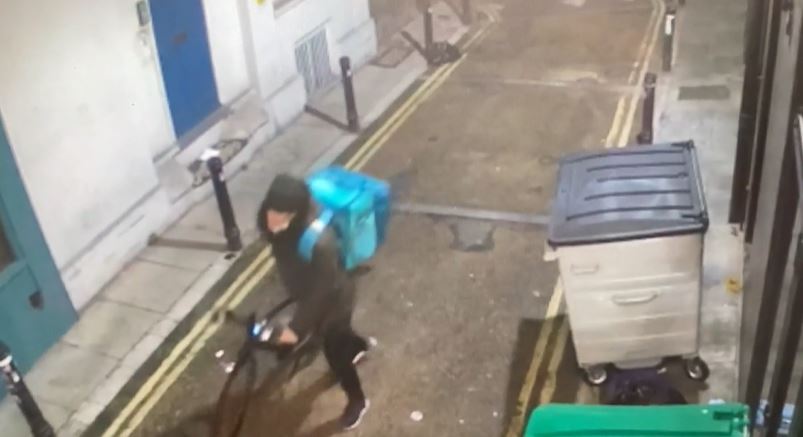 The furious business owner who released the video his staff were left to clean up the mess right outside his office.

Footage shows the rider getting off his bike in a quiet, dimly-lit street holding a Deliveroo bag.

He places the bag on top of a wheelie bin before dropping his pants and trousers and squatting down behind the bin.

He then shamelessly defecates all over the path, pulls up his clothes, and walks away.

The man picks up his bag and leaves with his bike – without even sanitising his hands.

The owner of the business – who asked not to be named – said he complained to Deliveroo but their response was "useless".

He said: "This happened at my offices round the back. The man poos right outside a fire exit, meaning staff leaving the building had to step over it.

"I sent the footage to Deliveroo on Friday night and gave them until Monday to respond. They handled it very badly, with only a message from customer services to say they'd escalated it.

"I had asked them to take action to ensure this rider couldn't do the same again and to offer a gesture as I had to ask furloughed staff to clean it up.

"They contacted me on Monday to say they couldn't trace the rider. At first they said they had suspended the rider they thought had done it but then decided it wasn't him."

The business owner said he was "shocked" that Deliveroo were unable to contact the rider.

"I told them this was a public and environmental health concern, and that it seemed Deliveroo had no accountability for its delivery operatives," he said.

"There was nothing else done to trace this guy and no offer of compensation for the cleaning. I told them I was disgusted with their poor response and would release the footage.

"At that point they offered me £100 as a goodwill gesture, which I refused and said I would leave it to the court of public opinion.

"As a business owner I am appalled. As someone who might order food from Deliveroo I am sickened."

A Deliveroo spokesman said: "Deliveroo takes rider conduct and food hygiene extremely seriously and has strict policies in place for when riders are working with Deliveroo.

"We have been in close contact with (the complainant) and offered a full and unreserved apology for the distress this has caused him." 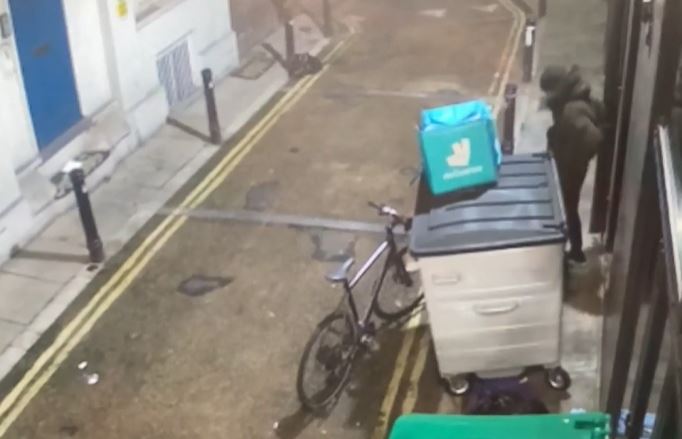