Devon smallholders to receive £10,000 compensation over bitter fence row after neighbours complained that ‘car lights from their home office car park would shine directly into their bedroom’

A neighbours’ dispute over a small fence measuring only a few feet wide has been settled after the county court ordered it to be pulled down.

Michael and Sandra Blakemore of Bradford Barn near Tiverton, Devon, erected the fence next to the property of neighbours Andrew and Anja Fields, of Bradford Farm, blocking off part of their access road.

It followed a planning battle over Mr Fields’ application to transform an area of his smallholding into office space with associated parking – which Mr Blakemore claimed would cause car lights to shine directly into his bedroom window.

The proposal was initially rejected by Mid Devon County Council (MDDC) in 2018 but gained approval on appeal to the Planning Inspectorate two years later.

Following this, Mr Blakemore erected the fence in 2020, which restricts the right of way on to the site.

A court has now concluded that Mr Blackmore had ‘no real prospect’ of successfully defending either the nuisance or breach of covenant claim and he was ordered to pay Mr Fields £10,000 as well as to remove the fence. 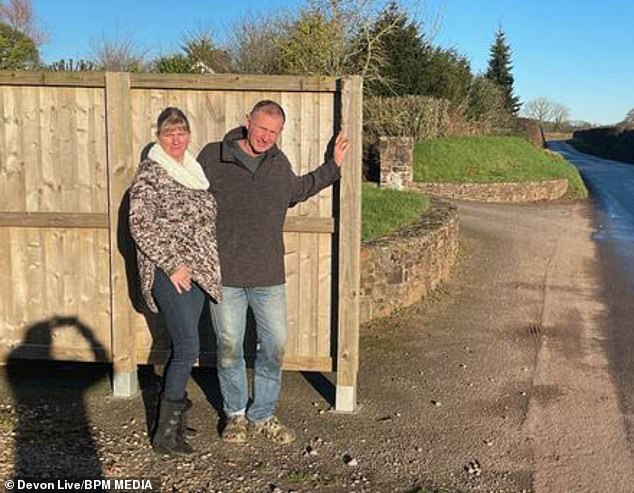 Andy and Anja beside the fence erected by neighbours, which the county court has ordered to be removed 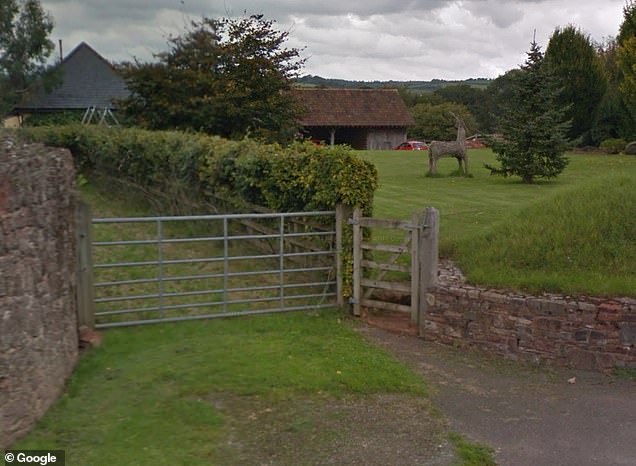 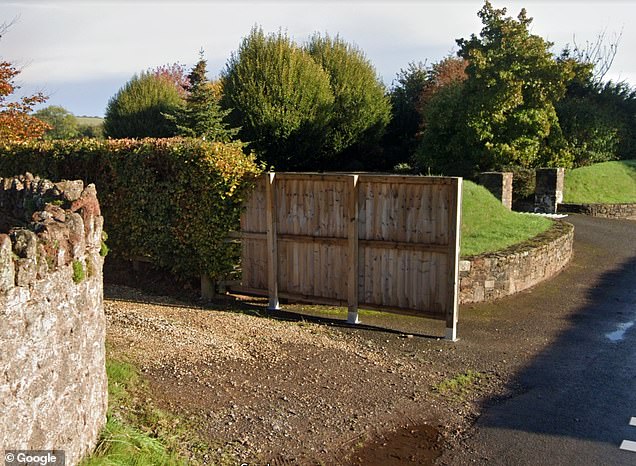 Speaking in 2018, Mr Blackmore said that car lights on parking space next to the proposed office would beam into his bedroom.

He told MDDC’s planning committee that the size of the property was ‘too large’ and questioned how the ‘existing amenity and privacy can be protected’.

He also complained that the beekeeping group would use a ‘shipping container’ on the site which had been used to store chemicals.

However, the row escalated when Mr Blackmore erected a fence in 2020, which Mr Field’s agent said was ‘placed deliberately and maliciously to block a well established access on my client’s property, intended solely to create a dangerous hazard at the entrance to Bradford Farm’.

He said: ‘Mr Blackmore has complained that I host the Mid Devon Bees beekeeping club and requested that the beehives were removed; they weren’t.

‘He complained that last year I dug a lake that was given a government grant and approved by the Environment Agency and the Devon Wildlife Trust.’

Talking about the fence, he said that his neighbours had signed an agreement not to create a nuisance or erect a fence on the farm’s boundary.

After the barrier appeared in 2020, Mr Fields complained and took the matter to court, which found the fence was illegal.

Mr Fields added: ‘All Anja and I are doing is simply getting on with our lives, turning our smallholding into a nature reserve.’ 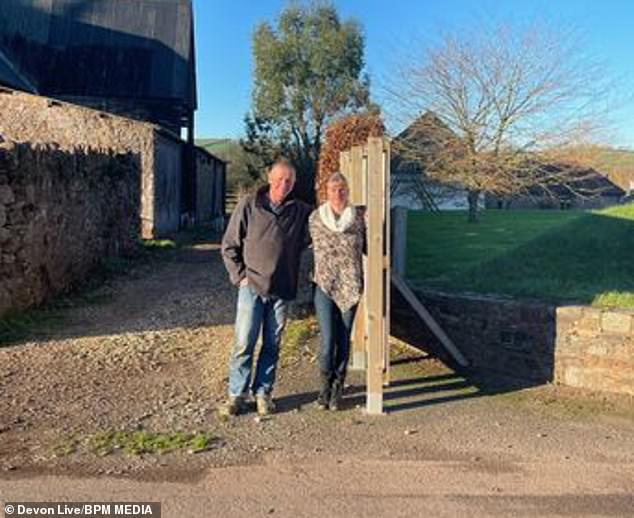 Andrew and Anja Fields won their case in the county court last month, regarding an obstruction of a right of way on the road between Tiverton and Uplowman 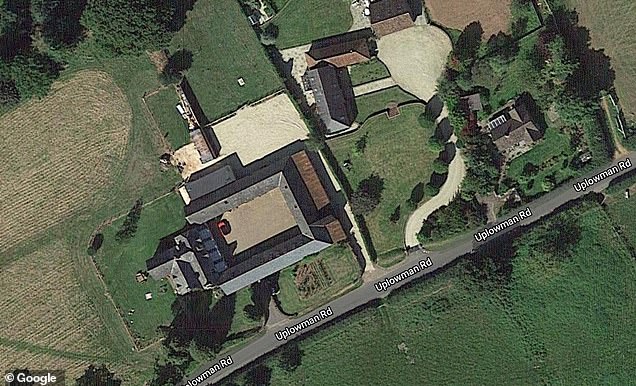 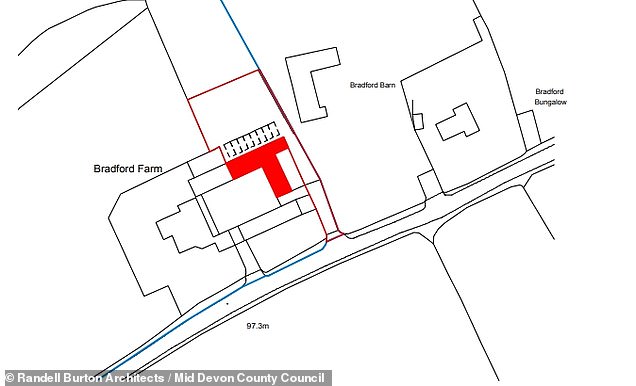 A map shows Bradford Farm and neighbouring Bradford Barn, along with a site map for the proposed office conversion and parking

After the court order to remove the fence last month, Mr Fields says he wanted to ‘set the record straight’.

He said: ‘In 2020 all planning permissions were immediately granted at government level.

‘It was concluded in the hearing that this should have been the conclusion in the first instance from MDDC, however it cost me £25,000 in unnecessary costs and hours of wasted council time to get to this conclusion.’