Detroit family doctor, now 104, ‘used his own sperm to father hundreds of babies with patients during his 40-year career – sometimes without their knowledge’

A Michigan doctor reportedly used his own sperm to father hundreds of babies with patients over his 40-year career and sometimes without their knowledge.

A group of siblings have revealed that they are genetically matched after doing an online DNA test, according to a report from The Sun.

The DNA test traced them to Dr Philip Peven, who was their parents’ doctor. They now believe that he is their father.

One of the siblings, Jaime Hall, said Peven admitted to fathering her when she reached out to him about being her dad in December 2019.

Hall, who runs the company Laser Pain Relief Center of America, told the Sun that he admitted to being her father and to using his own sperm to father hundreds of children, both as a sperm donor in the late 40s and in his medical practice as an obstetrician/gynecologist.

‘All of us were born in the same hospital, all of our birth certificates show Dr Peven as our OBGYN, not our father,’ Hall revealed.

Hall, whose parents are both deceased, said that they believed her biological father was a family friend who had given them a sperm sample. 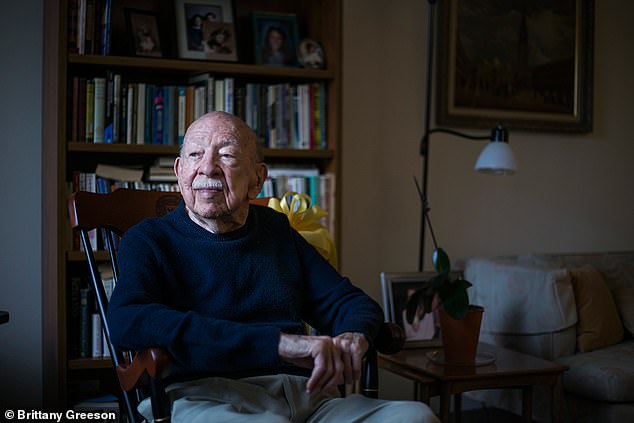 Michigan doctor, Philip Peven, 104, reportedly used his own sperm to father hundreds of babies with patients and sometimes without their knowledge. His daughter, Jaime Hall said Peven admitted to fathering her when she asked him about it in December 2019

She says her parents had no idea Peven used his own sperm. According to Hall, her parents visited Peven at Grace Hospital in the early 50s for help conceiving.

Her mother, Joyce, gave birth to Hall’s older sister, Lynn, and in 1959 to Jaime. They were both delivered by Peven.

‘According to Hall, she found out that one of Peven’s grandsons came up as a half nephew sharing 12.3 per cent of DNA with her. 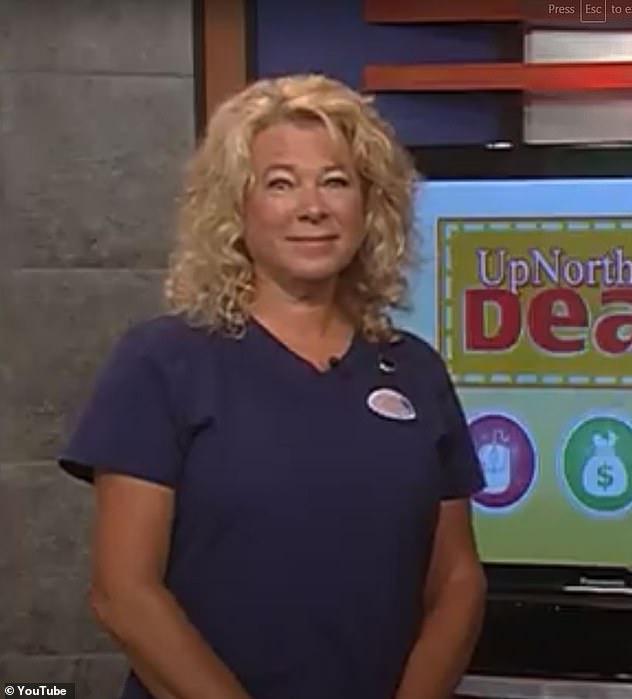 Jamie Hall (pictured) , who runs the company Laser Pain Relief Center of America, said Dr Philip Peven admitted to being her father and to using his own sperm to father hundreds of children, both as a sperm donor in the late 40s and in his medical practice as an obstetrician/gynecologist

‘That served as the final, undeniable proof. I share more DNA with Dr Peven’s grandson than my sister Lynn’s daughter,’ Hall told the Sun.

Hall said it wasn’t until 2008 that she started questioning who her biological father was after Lynn told her that the man who raised them was not their real father.

She began investigating in 2017 and in 2019, she traced her family tree using ancestry.com and 23andMe.

Teaming up with one of her half-sisters she discovered through the DNA test, Hall went to meet Peven in person at his Southfield, Michigan, home.

According to the Sun, Peven explained to them that he would inseminate his patients with a fresh sperm sample, either his own or one of his doctors.

He would then use a pipette for the procedure while his patient would lay down in surgical stirrups.

Hall told the Sun: ‘He said, “I was a pioneer you know, I was the first to ever be doing anything like this.” We said “you not only delivered us… we want to thank you for fathering us. Without you we wouldn’t be here”.’

She said he then asked how they found him and they explained the DNA testing.

‘He told us that he was not the only doctor at the hospital who was donating sperm – there was a group of doctors and between them they fathered many children,’ Hall told the Sun. ‘He said he had been donating sperm since 1947, since he was doing research in Chicago.’

Hall’s sister, Lynn, also told the news site that she did similar DNA tests and found that her father was one of Peven’s resident doctors.

She has been matched to half siblings who she has started reaching out to.

Both Hall and Lynn don’t look at the situation in a negative way.

‘These women, my mother included, came to him desperate, and he gave them something that they all wanted,’ Hall told the Sun.

Peven, who is 104 years old, is credited with delivering around 9,000 babies during his 40-year career in Detroit, according to a 2017 article from the University of Michigan. He graduated from the university’s medical school in 1941.

He was completing his medical training at the Michael Reese Hospital and Medical Center in Chicago when the US went to war in December 1941.

Peven is the last surviving member of the Class of 1941, and, is the oldest U-M Medical School alumnus.