A mother is lucky to be alive after she was bitten by a deadly brown snake while hiking in a remote gorge, sparking a tricky seven hour rescue mission.

Megan Brouwer, 36, was with her husband and young son when the highly venomous serpent lunged at her in the Karijini National Park.

The outback wilderness is 1300km north-east of Perth, and 300km away from the family’s home in the nearest town of Port Hedland on the state’s north-west coast.

‘I turned around and saw it slithering off and thought ‘gee, that was a close call’ and my husband said ‘no it was actually on your feet and it was striking at you’,’ Ms Brouwer told 9 News. 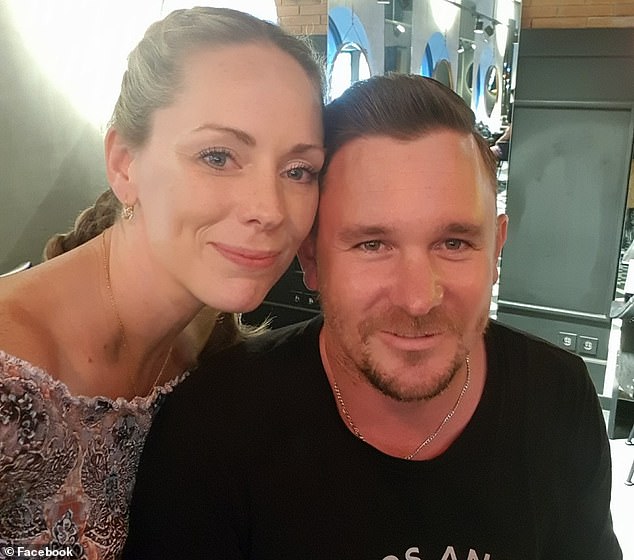 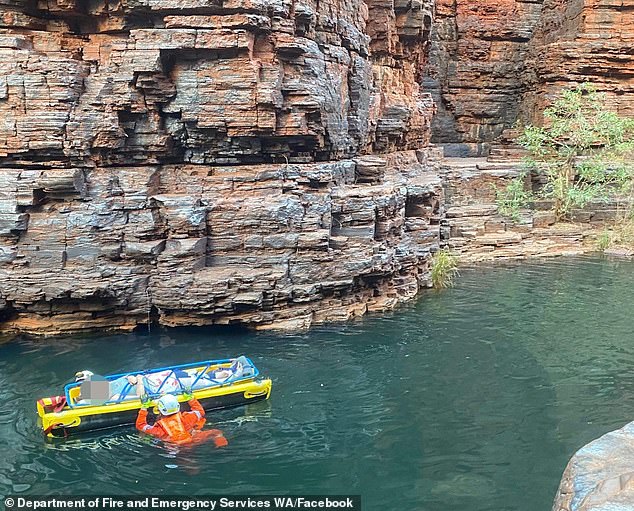 By a stroke of luck, an off-duty doctor was in the vicinity, who quickly applied a pressure bandage to Ms Brouwer’s wound (pictured, the start of the rescue effort)

‘I had a puncture wound and some fresh blood and had a bit of a panic then of what to do.’

By a stroke of luck, an off-duty doctor was nearby who quickly applied a pressure bandage to Ms Brouwer’s wound.

The doctor, who was also armed with a first aid kid and satellite phone, then raised the alarm with emergency crews.

A mammoth seven-hour rescue from the bottom of one of WA’s steepest gorges followed, with the mother ‘eternally grateful’ to the doctor and the rescue team.

It was no easy task, with Ms Brouwer floated across three pools of water on a stretcher before she was then lifted up to a narrow path lined with dozens of loose rocks.

‘I couldn’t really fathom how they were going to get me up there in a stretcher, but they did,’ said Ms Brouwer.

Ms Brouwer also stressed the importance of having a first aid kit on hikes, as it ‘can make all the difference.’

What to do if you are bitten by a brown snake: