Depraved thug repeatedly raped three women, forced them to eat their own FAECES… AND falsely claimed he was related to boxer Tyson Fury

A depraved thug who falsely claimed he was related to boxer Tyson Fury repeatedly raped three women and forced them to eat their own faeces.

David Fury-Walsh, who is also known as David Overton, subjected his victims to campaigns of horrific abuse.

The 31-year-old raped, assaulted and coerced the three women after portraying himself as a ‘caring and generous man’.

However, after getting to know them, the ‘violent bully’ dropped the facade and began to subject them to cruel demands such as forced sex. 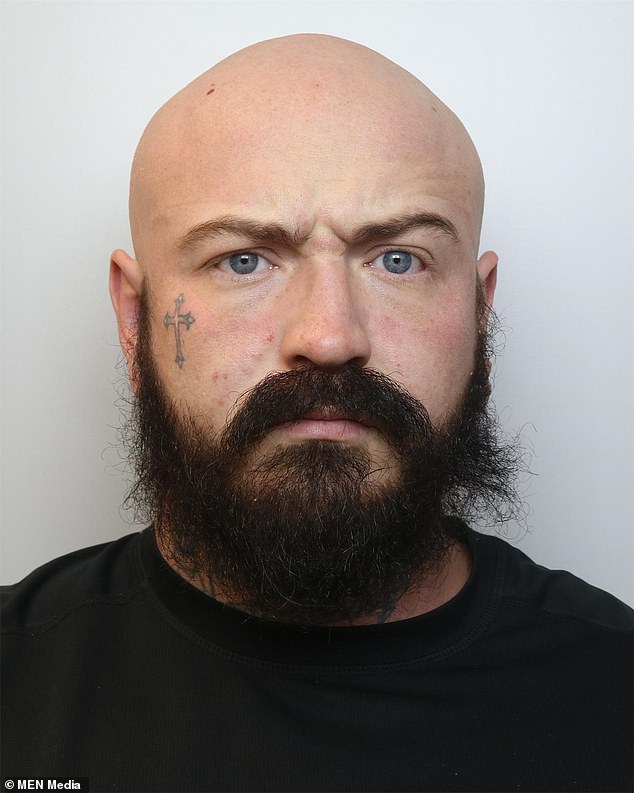 He would then violently assault them if they didn’t comply with his wishes and on two occasions he even made victims eat their own faeces.

Police began to investigate the thug, who is formerly of Brook Street, Macclesfield, after a report he had raped and assaulted a woman in September last year.

He was arrested within hours of the report but during his time in custody, two other women also came forward and reported they had also been victims of his abusive behaviour.

In addition to physical violence, he also controlled the women’s finances, taking out loans in their names and manipulating them into handing over their savings on the promise that there would be a big return, which never emerged.

Following the reports, officers from Cheshire Constabulary built up a case file of evidence against Fury-Walsh and charged him with a total of 25 offences.

He was found guilty of all charges following a three-week trial at Chester Crown Court on Wednesday, December 14.

He has been remanded in custody to appear at Chester Crown Court on February 6, 2023, for sentencing. 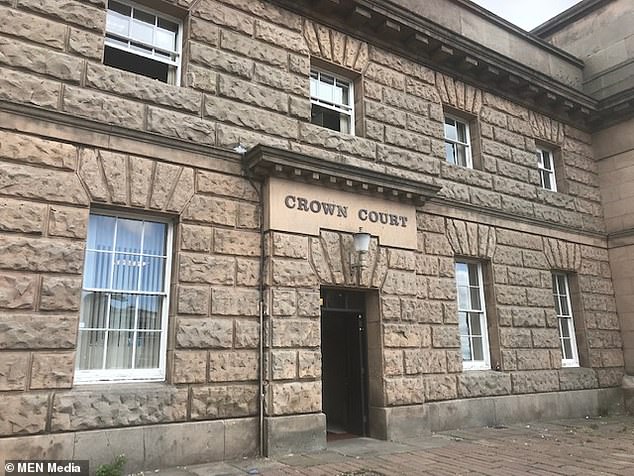 The 31-year-old was found guilty of 13 counts of rape, four counts of sexual assault, three counts of controlling and coercive behaviour, three counts of actual bodily harm, one count of sexual touching and possession of a knife at Chester Crown Court (pictured) on Wednesday, December 14

Following the verdict, Detective Constable Jade Bannerman, who led the investigation said: ‘Firstly I would like to thank the victims for the courage and bravery that they have shown throughout this investigation.

‘Fury-Walsh is a violent and manipulative bully, and even when faced with all the evidence against him, he refused to plead guilty to any of the charges.

‘Instead, he forced his victims to relive their experiences in court, which could not have been easy for them.

‘Thankfully, as a result of the statements provided by the victims, and the evidence we gathered the jury have seen through his lies and he is now being held accountable for his actions.’

Detective Inspector Robert Lees of Eastern CID added: ‘This has been an extremely complex investigation and I would like to commend DC Bannerman for her dedication and commitment throughout the case.

‘I would also like to thank all of the other officers involved in the investigation.

‘Nobody should have to experience what any of these women have been though and if anything can be achieved from this case, I hope that it encourages other victims of sexual offences to come forward and report them to us.

‘Cheshire Constabulary takes any allegation of sexual offences extremely seriously, and any allegation will be thoroughly investigated, with the wishes and needs of the victim as our main priority.

‘Victims should never feel ashamed to talk about what they have been subjected to.

‘They will receive the help and support they need from our specialist officers, as well as from other support agencies we work alongside, and all victims of sexual offences have the right to anonymity.’