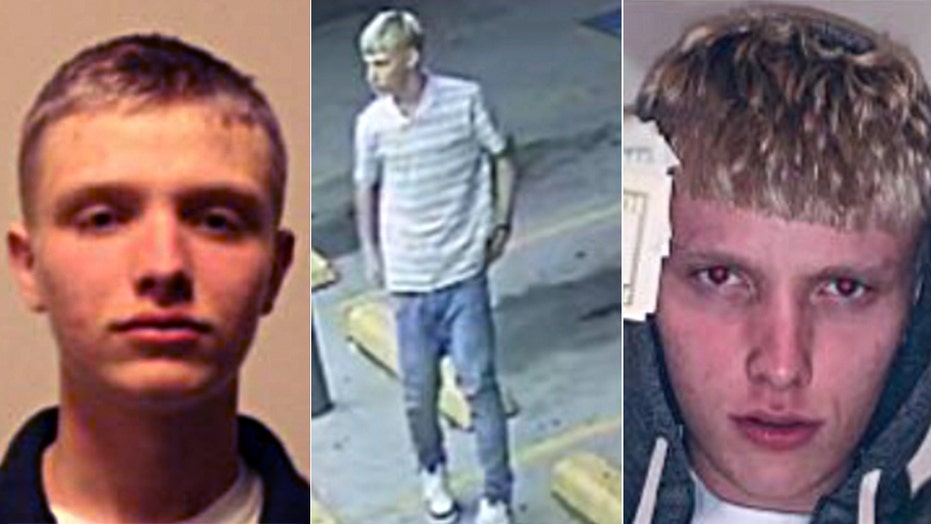 Four men have been arrested and another is being sought in connection with a string of crimes in Denver, including the murder of a student, authorities said Thursday.

The suspects, who range in age from 18 to 21, were taken into custody on suspicion of multiple crimes, including the slaying of an 18-year-old student, burglary, aggravated robbery and aggravated motor vehicle theft.

They were identified as Isaiah Freeman and Aden Sides, both 18, Noah Loepp-Hall, 19, and 21-year-old Seth Larhode. The fifth suspect, Samuel Fassell, 18, is being sought. Details about what each is accused of doing have not been released.

“We continue to send our condolences to those who were impacted by these terrible crimes, Denver police Chief Paul Pazen.

Authorities held news conferences Wednesday and Thursday asking the public for assistance in the investigation. 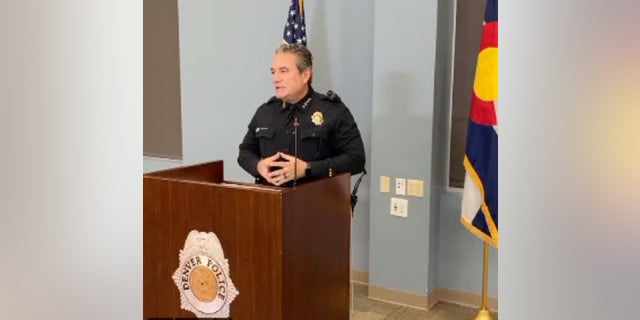 Denver police Chief Paul Pazen on Thursday announced the arrest of four young men related to a series of crimes, including the killing of an 18-year-old student. A fifth suspect is still being sought.
(Denver Police Department)

Police said they initially responded to a report Tuesday night that suspects were breaking into a vehicle and that one of them brandished a handgun when bystanders approached. The suspects fled in the stolen vehicle and drove to another part of Denver, where they carjacked a man at a business and then burglarized a business, police said.

They then went a few blocks and allegedly shot a pedestrian during a robbery, investigators said. The victim was critically injured but expected to survive. Another man, Shmuel Silverberg, 18, was shot in the head an hour later outside the Yeshiva Toras Chaim, a Torah school for men, and died.

Officials said he was shot and ran inside a building. The suspects followed but eventually fled.

“Our Yeshiva Toras Chaim community is grief stricken at the killing of one of its students,” the school said Wednesday in a statement reported by the Denver Post. “We are caring for our faculty, staff, students, and their families in the face of this tragic and incomprehensible act of violence. We are grateful for the support we are receiving from our Denver community and from around the country, and for the work of local law enforcement authorities who have made this their top priority.”

Investigators do not believe the killing was motivated by bias.

“After examining the evidence, to include the series of offenses that were seemingly randomly committed… I do not believe there is a bias motivation,” said Denver police Cmdr. Matt Clark.