Frustrated passengers stuck on a grounded Ryanair plane for five hours have vented their fury after being asked to pay for food and water.

Holidaymakers departing Lanzarote for Edinburgh on Friday were reportedly charged three euros for water while cooped up in a ‘scorching hot’ cabin.

Desperate to relieve their thirst and hunger, travellers were forced to splash out on ten-euro meal deals after air hostesses apparently refused them free refreshments.

John Rafferty said: ‘The lady sitting next to us asked for water after we had been sitting on the plane in scorching heat for three hours,’ according to the Daily Record.

‘The stewardess said she wasn’t authorised to give it out.

‘A while later they started selling water and non-alcoholic drinks for three euros. I had to pay three euros for water and €5.50 for a panini.’

While he was still trapped on the tarmac on the Spanish Island, he filmed the scene of irritable passengers whose patience, he claimed, was close to snapping.

His anger was echoed by other delayed fliers, such as Chris-Anne McKenzie, who tweeted: ‘Sitting on the runway at Lanzarote for four hours and no water offered.

‘Three different excuses but not taken off. Passengers are getting annoyed.’ 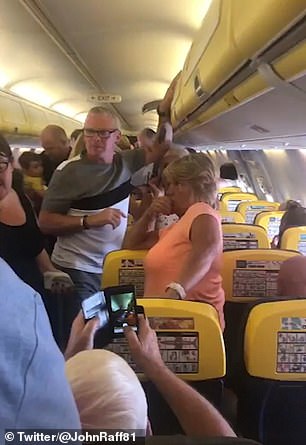 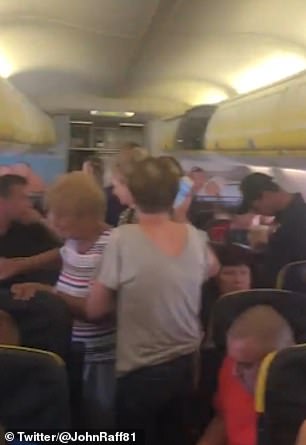 Frustrated fliers vented their anger on social media, saying that passenger patience was close to snapping

And passenger John MacDougall said everyone was ‘sweating profusely and getting no info from staff or Ryanair about their plans. Babies crying, kids getting irritable and only allowed water if we buy it!’

The flight was scheduled to take off at 11.20am but was held for five hours before being diverted to Bordeaux, France, where free water was finally given out.

The flight eventually landed in Edinburgh 12 hours later at 11.30pm.

A Ryanair spokesperson said: ‘This flight from Lanzarote to Edinburgh was regrettably delayed ahead of take-off due to adverse weather in Lanzarote, before departing to Edinburgh later that day.

‘Ryanair sincerely apologised to customers for this delay, which was completely outside of our control.’ 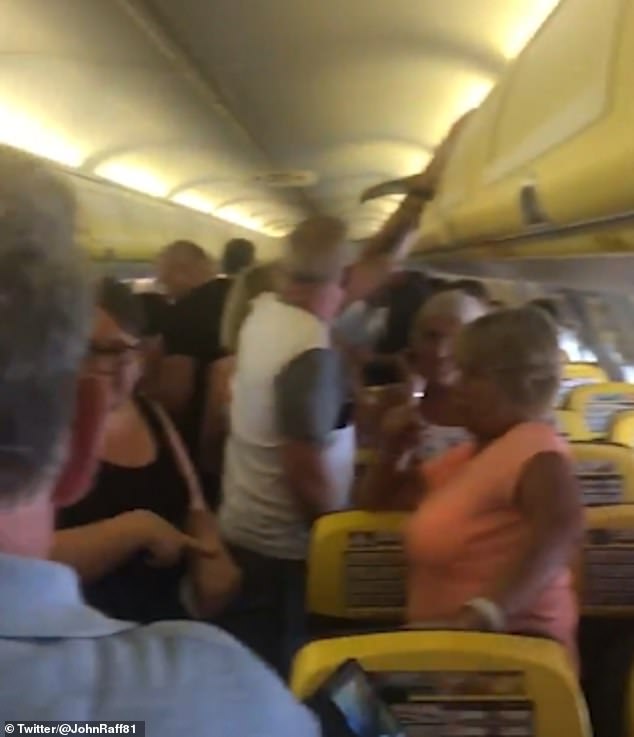