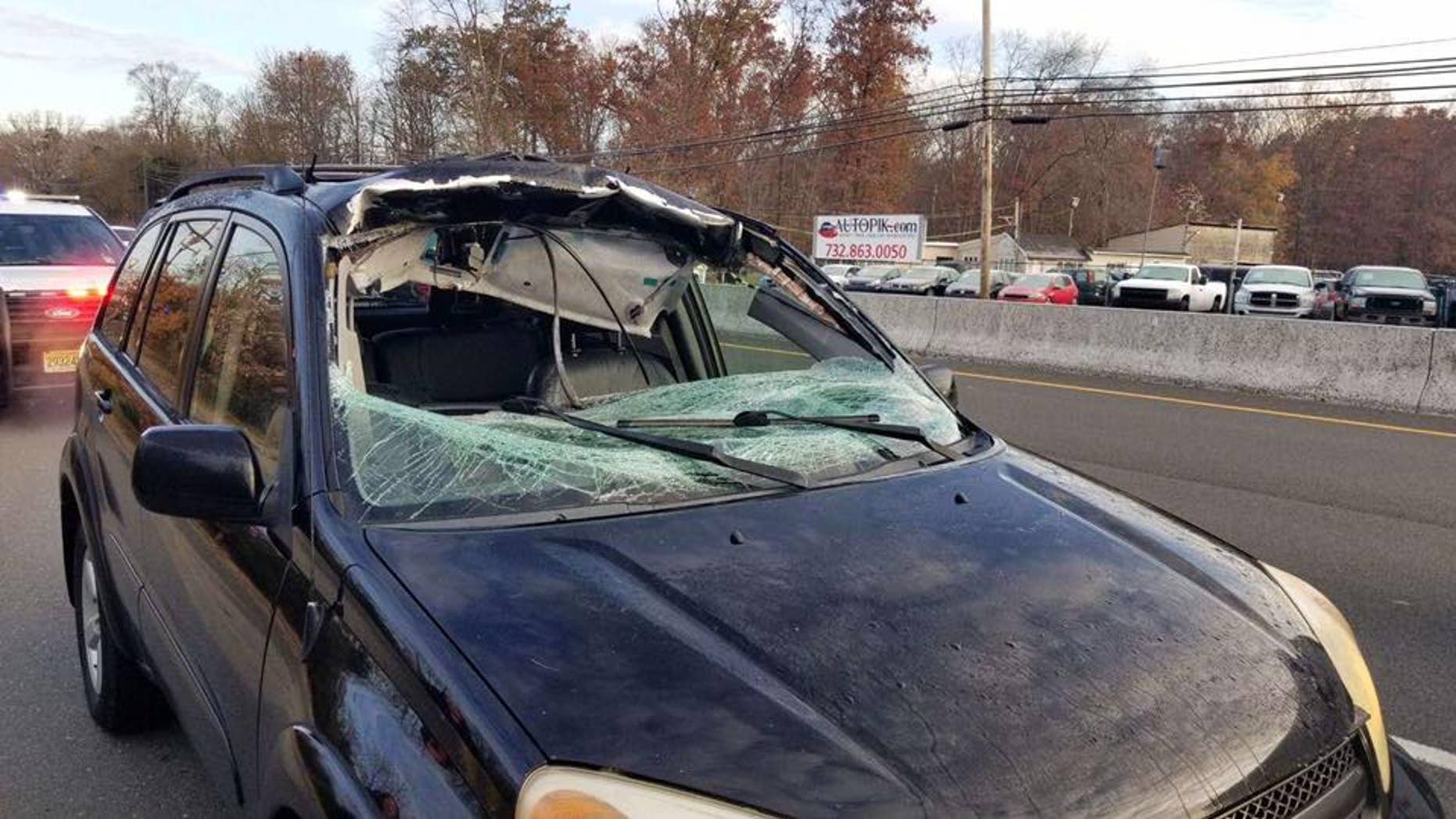 Melissa Misthal was praised for avoiding a potentially deadly situation with other drivers on the road.
(Howell Township Police Department)

A New Jersey driver narrowly avoided death Monday morning when a deer she struck smashed through her windshield and landed in the back seat of the vehicle.

Melissa Misthal, of Howell, was driving her 2004 Toyota RAV4 on Route 9 when a deer darted in front of her car. She tried to avoid the animal, but struck it “while it was airborne.”

“The force of the impact propelled the deer into the passenger compartment collapsing the front windshield and roof of the vehicle,” police said in a Facebook post. “The deer came to rest on the rear floor.”

Police added: “It was deceased." 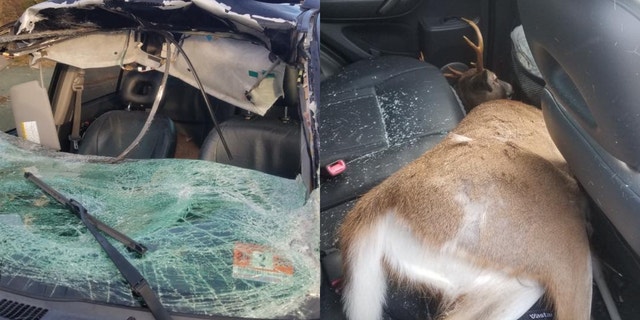 Melissa Misthal, of Howell, narrowly avoided death when she hit a deer that smashed through her windshield and landed in the back seat of her car.
(Howell Township Police Department)

Misthal navigated her car to the shoulder to avoid colliding with other vehicles. Howell police praised Misthal for having “the composure of bringing her vehicle to a safe stop in the shoulder of the roadway.”

The 36-year-old woman was treated for minor injuries after the incident.

Photos from the scene showed the windshield completely smashed with the roof partially torn off. The buck's body was seen in the backseat.

“This had the potential of being deadly not only for her but for other motorists as well. She did everything right,” police said.