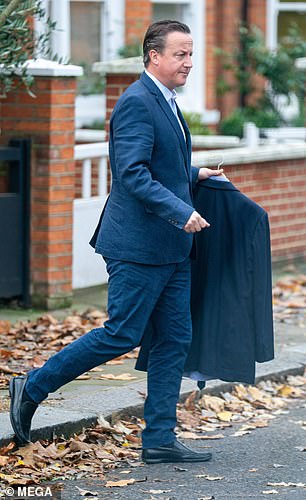 David Cameron was pictured in London today as the Brexit drama which he left in his wake unfolded in Westminster.

The former Prime Minister, who resigned in 2016 after his failed campaign for a Remain vote, was seen leaving his home on Thursday carrying a blue suit jacket.

Amid Cabinet chaos and a growing plot to topple Theresa May, Twitter users were quick to point out that the swirling political drama was far from what Mr Cameron had promised.

The ex-Tory leader, who told voters in 2015 that a vote for his party would lead to ‘stability’, called the Brexit referendum in a doomed attempt to heal the long-running Conservative divisions over Europe.

But today the party was more divided than ever as Brexit Secretary Dominic Raab began a series of resignations.

In a pre-election post in 2015 Mr Cameron had said: ‘Britain faces a simple and inescapable choice – stability and strong Government with me, or chaos with Ed Miliband.’

After winning a surprise majority he called the referendum, staking his authority on a Remain vote in a bid to shore up party unity and stave off UKIP.

He had hoped a definitive vote would end years of Tory feuding over Europe which had dogged previous party leaders including John Major and Margaret Thatcher.

Social media users mocked Cameron today as ministers resigned and momentum gathered behind a bid to topple Mrs May as party leader.

One said: ‘A reminder on the radio just now that David Cameron called the referendum in order to unite the Conservative Party.’

Another wrote: ‘Anyway, I’m happy for David Cameron that his gamble to keep the Conservative Party unified has paid off.’ 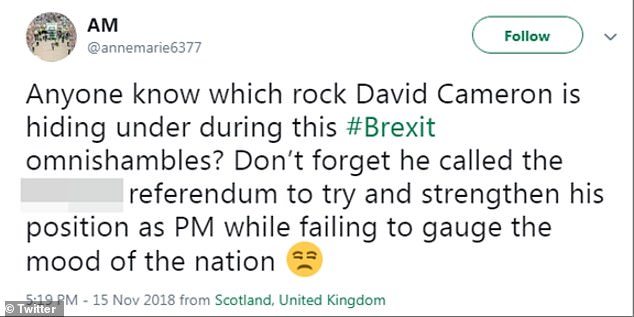 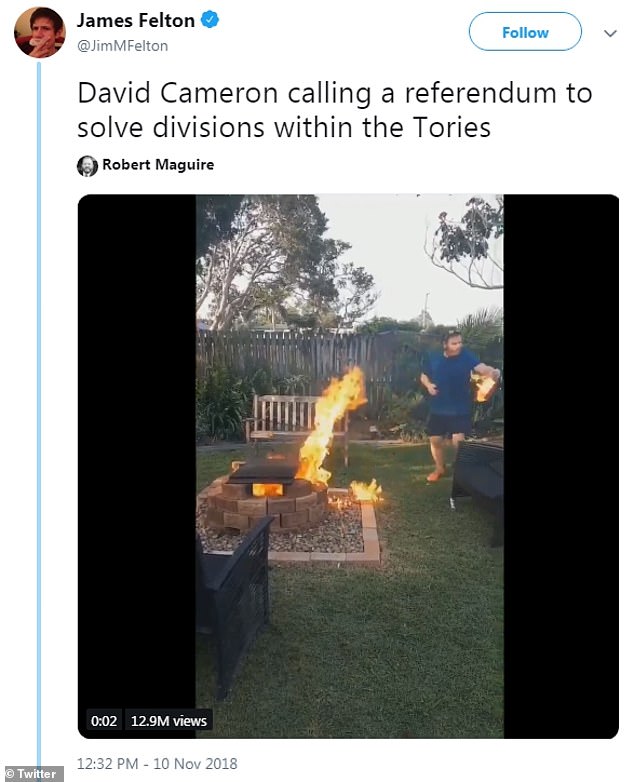 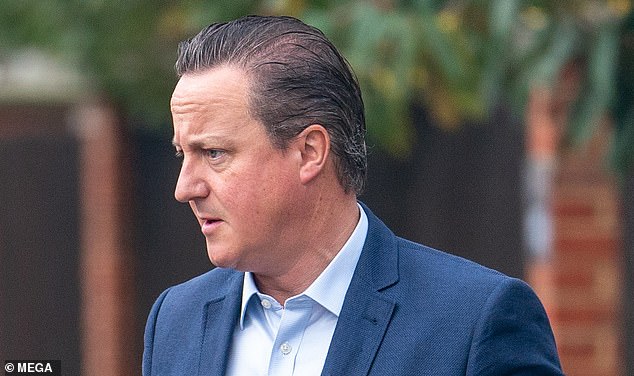 The former Prime Minister, who resigned in 2016 after his failed campaign for a Remain vote, was seen leaving his home on Thursday amid swirling political drama

A very critical Twitter post said: ‘Anyone know which rock David Cameron is hiding under during this omnishambles?

‘Don’t forget he called the f***ing referendum to try and strengthen his position as PM while failing to gauge the mood of the nation.’

And another said: ‘The irony that it all came around because David Cameron wanted to unite the Conservative party is almost too much.’

Mr Cameron had tried to win support with a ‘renegotiation’ of Britain’s EU membership, saying the UK would be ‘safer, stronger and better off’ in the union.

However after the Brexit vote he said: ‘I do not think it would be right for me to try to be the captain that steers our country to its next destination.’

His predecessors Gordon Brown, Tony Blair and John Major have all spoken out against Brexit in recent weeks but Mr Cameron has remained silent. 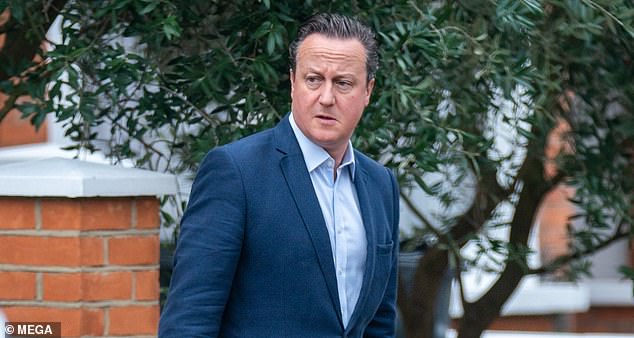 Mr Cameron had tried to win support with a ‘renegotiation’ of Britain’s EU membership, saying the UK would be ‘safer, stronger and better off’ in the union