On Tuesday, the funnyman posted a video and photo montage of the proposal, which was set by a body of water. “She said yes!” Cook captioned the post. Taylor describes herself as a pilates instructor, musician and nutritionist.

Later in the day, Cook posted a black-and-white photo of him and Taylor, where he leans into her ear and she laughs.

“Making my fiancée @itskelsitaylor laugh is my favorite sound,” he wrote. “I love her with all my heart. We’ve made beautiful memories over the last five years. There’s so much to celebrate as we look forward together.” 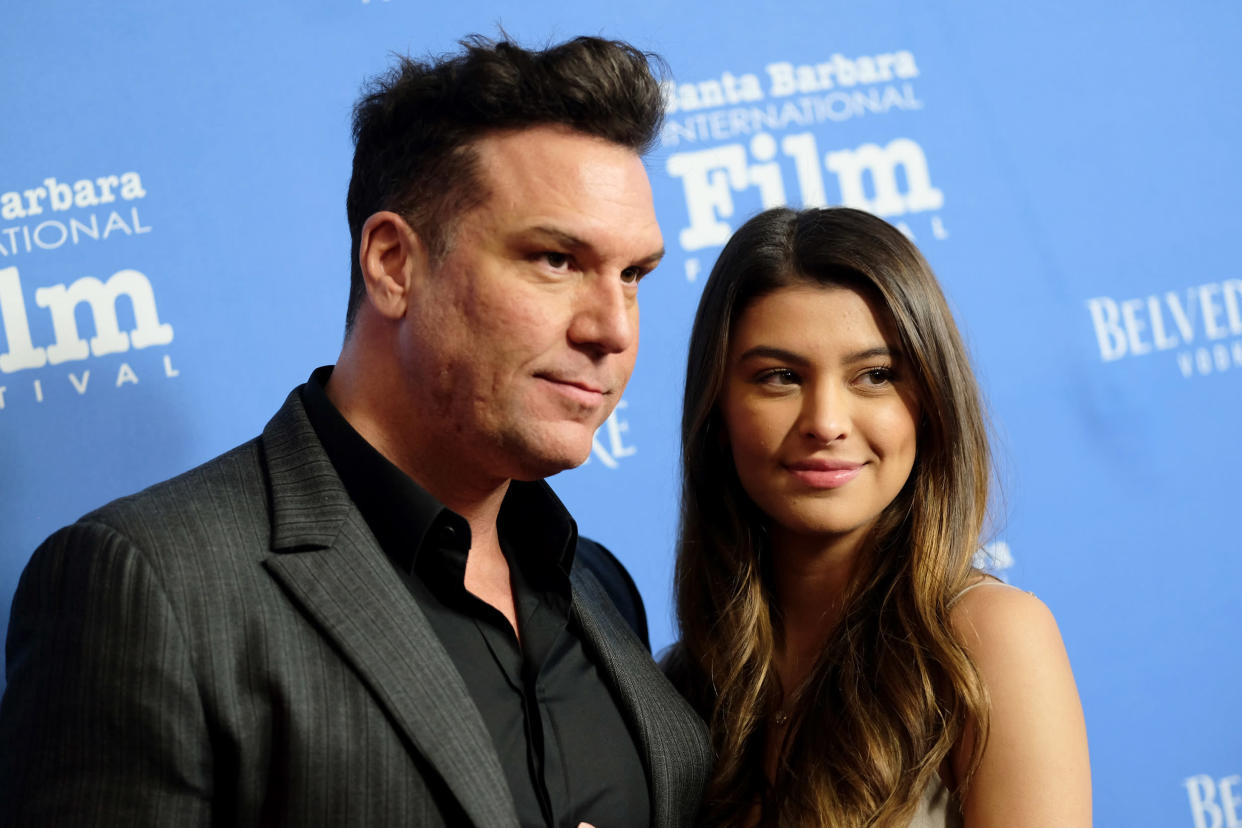 Taylor posted a pair of photos from the proposal, including a shot of Cook on bended knee and another one of them kissing.

“Fiancé has a nice ring to it,” she captioned the post. ‘The secret’s out! @danecook and I are engaged. A couple weeks ago, Dane got on one knee and asked me to be his wife and I couldn’t have asked for a more perfect moment. I love this man and love spending my life with him. I can’t wait for what’s to come.”

While a celebrity popping the question is not anything out of the ordinary, this impending union drawn scrutiny online because of the couple’s age gap, which is close to 27 years. Cook, born in 1972, is 50 and Taylor, born in 1998, is 23. In his post, Cook said they had been together for “five years.”

“Dane Cook’s favorite band is Underage Against The Machine,” one person wrote, a play on the band name Rage Against the Machine.

Dane Cook’s favorite band is Underage Against The Machine.

“Did you know Dane Cook plays guitar? His favorite scale is A Minor,” quipped someone else.

Did you know Dane Cook plays guitar? His favorite scale is A Minor pic.twitter.com/h1r8cpcBZq

“Dane Cook and his fiancee are registered at Build-A-Bear,” comedian Christian Finnegan wrote.

Dane Cook and his fiancee are registered at Build-A-Bear.

While the Twitterverse may have had a lot to say, Cook sounds thrilled to be getting ready to walk down the aisle. He said he was totally calm about asking her to marry him.

“I was so ready to ask her. I was completely zen about it,” Cook told People. “The evening of the proposal was incredibly beautiful, the weather was perfect, sunset was spectacular, and I was just quite simply very happy.”

“I was asking my best friend, the woman who I’ve shared some of the greatest times of my life with, to marry me so we can start the next chapter our of lives together,” he added. “I was also thinking of how absolutely stunning she looked.”

Cook said he popped the question in York Beach, Maine.

“When we started dating, we went there on our first trip together so to return five years later was meaningful to us,” he said.

Cook has been upfront about the couple’s age gap in the past. During an appearance on “The Tonight Show With Jimmy Fallon,” Cook joked about being older than Taylor.

“Here’s the thing about it: I look at her, she’s the kindest, sweetest; I love her. Every once in a while I’ll be like, ‘I don’t deserve this girl,’” he said.

“And then (every) once in a while I’ll say to myself: Where have you been all of my life? And then I realize she wasn’t alive for the first 28 years of it,’” he said. (Ed. note: Based on their birthdays, the couple is closer to 27 years apart than 28).

Addressing the same topic in an interview with Jimmy Kimmel in 2019, Cook said, “People are like, ‘You’re robbing the cradle.’ I was like, ‘She hasn’t slept in the cradle for like nine years. Relax.’”