DAILY MAIL COMMENT: Our Ukraine Appeal has raised £3.4million in just six days. Your generosity is a light in the darkness

In just ten short days the entire world order has been blown apart. The chill of Cold War is once again blowing through Europe and Defence Secretary Ben Wallace speaks ominously of a ‘new Iron Curtain’ descending across the continent.

The bombardment of Zaporizhzhia power station set off fires and explosions which could have been truly catastrophic for Ukraine and its neighbours – including Russia, which is barely 200 miles away. 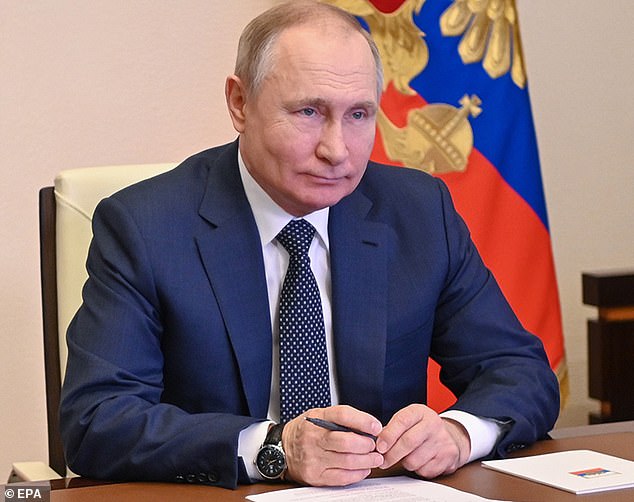 In the event, the damage was contained. But this deranged act shows all too vividly Putin’s utter disregard for the consequences of his warmongering.

Whether he is mad, bad or a combination of both, he is certainly guilty of a litany of egregious crimes for which he should ultimately be held to account.

Ex-PM Gordon Brown’s proposal for him to face a Nuremberg-style trial is gaining momentum and would be an apt forum. But that is for the future. It won’t help the beleaguered people of Ukraine today.

Amid the tragedy and bloodshed however, a brilliant shaft of light has shone through. Profoundly moved by the plight of terrified and dispossessed families, Mail readers have rushed to help.

In just six days, our Ukraine Appeal has raised a staggering £3.4million – every penny of which will provide food, warmth and other essentials to refugees.

No British newspaper campaign has ever raised so much so quickly. Your generosity has been simply overwhelming.

The international community, too, is more united than ever in its determination to punish Putin by strangling his economy.

There have been calls for a Nato no-fly zone over Ukraine. But while superficially attractive, this would mean war on a much wider and more destructive scale. That would help no one.

The West’s comprehensive package of sanctions is already biting hard. 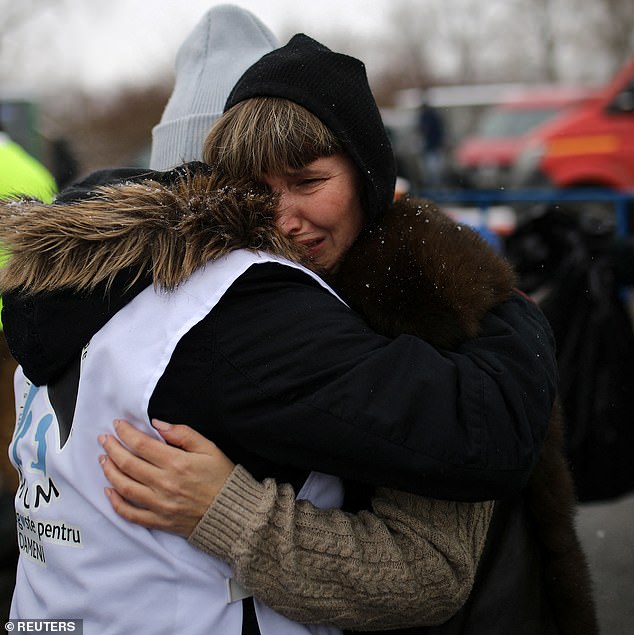 In just six days, our Ukraine Appeal has raised a staggering £3.4million – every penny of which will provide food, warmth and other essentials to refugees

And on top of those already in operation, European leaders are edging towards an embargo on Russian oil and gas, which would cost Putin £400million a day, effectively beggaring his country.

Though nothing this proven liar says can be taken at face value, he struck a less bombastic tone than usual yesterday, calling for ‘a normalization of relations’ between East and West. Could that be sanctions starting to do their job?

Today we publish extracts from the many letters Mail readers have sent with their donations. Sylvia Cousins, 81, from Kent, epitomised your concern, especially for the children of this murderous conflict.

Her earliest memories are of being woken during the Blitz and carried in her nightie to the air-raid shelter, as her grandmother clutched her rosary and prayed aloud.

She says: ‘I hate the thought of today’s children still having memories of war when they are my age.’

We salute her and all readers who have donated to this appeal. For your altruistic kindness you have our sincere thanks – and our deepest admiration.

Does anyone other than the BBC care any more about who will or won’t get a fixed penalty notice as a result of Partygate?

Even the police seem to be losing interest. More than a month since they started to investigate whether a number of Downing Street gatherings broke lockdown rules, they still haven’t sent out questionnaires to all those allegedly involved.

Yes, these functions were clearly ill-advised. But with Europe in turmoil and a million refugees on the move, how absurd and petty the furore and faux outrage around them now seems.