A DAD cuddles his dog after using a JCB to rescue her — after she spent 30 hours stuck in a rabbit hole. 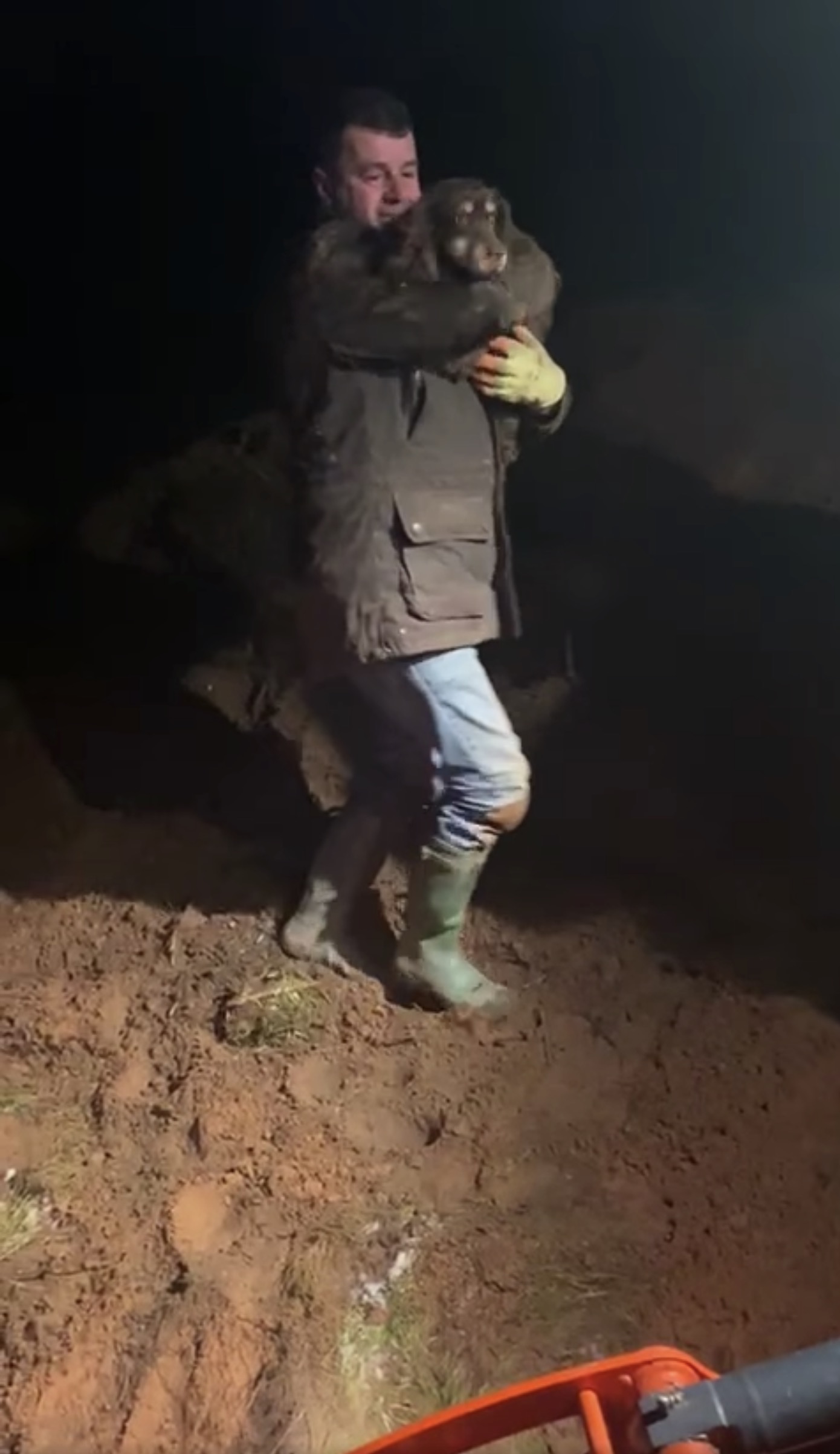 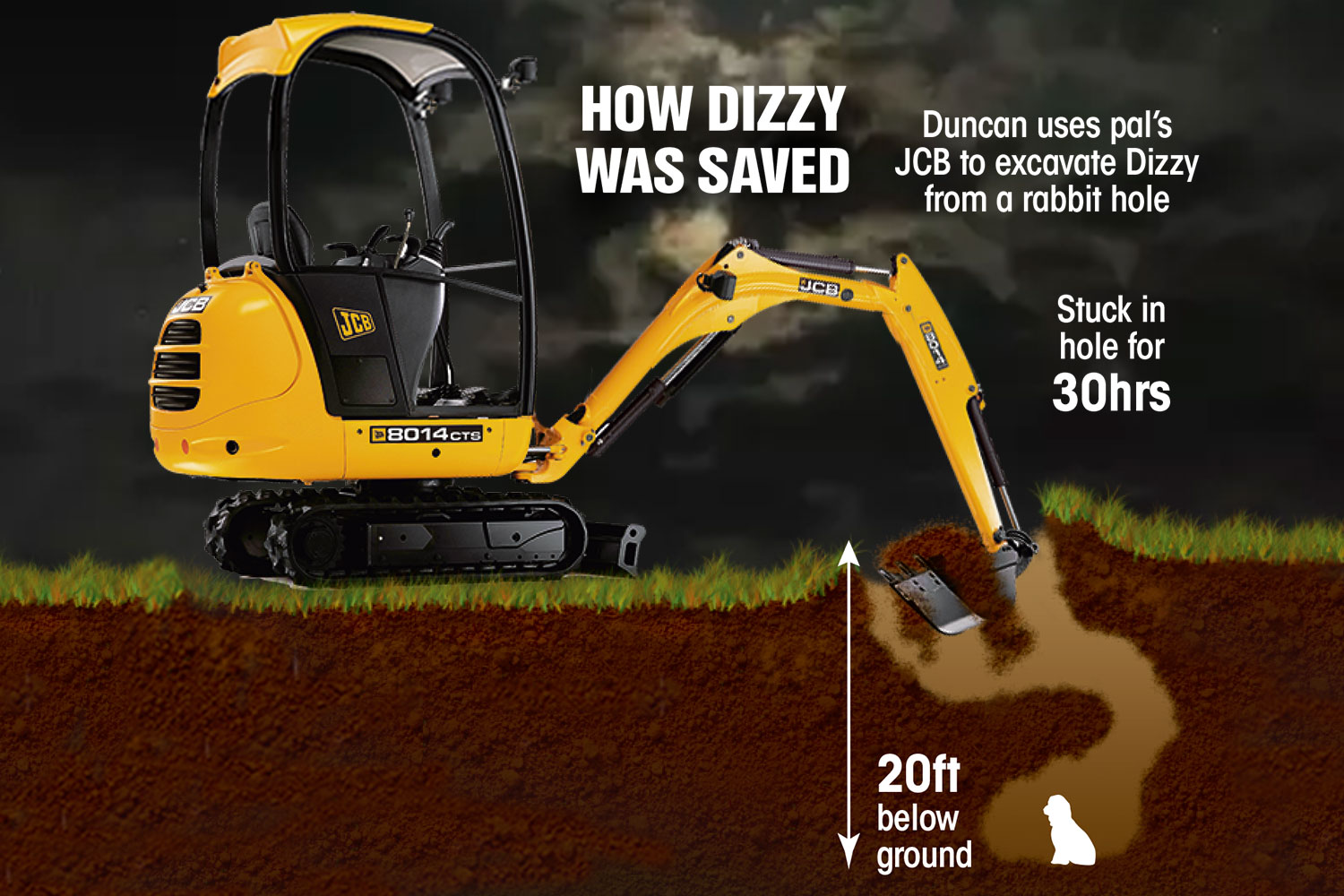 He lost the cocker spaniel at a nature reserve on Sunday afternoon.

He guessed that curious Dizzy must have crawled into a rabbit hole.

In a desperate bid to save her, the self-employed roofer rustled up 24 mates to return the next day — equipped with a friend’s JCB and a plumber pal’s drainage camera.

With the land owner’s permission, they began digging after finding a huge rabbit warren using the lens — and continued into the night.

They used torches and mobile phone lights to illuminate the spot at the Burlish Top nature reserve, near Kidderminster, Worcs.

Duncan was finally able to pull Dizzy from the hole and clutched her to his chest.

He said yesterday: “Twenty-five of us dug for over three hours with the help of a JCB and then finally Dizzy turned up.

“I’m delighted to have her back. I thought she was lost forever.

“For her to suddenly pop out was a miracle — the best thing in the world.

“Everyone burst out crying, 25 burly blokes crying their eyes out.

“The whole family has had such a boost from it, it’s unbelievable.”

Duncan, of Stourport-on-Severn, Worcs, explained: “We had been for a walk and we were heading back to the car when Dizzy darted off into a hedge and vanished. 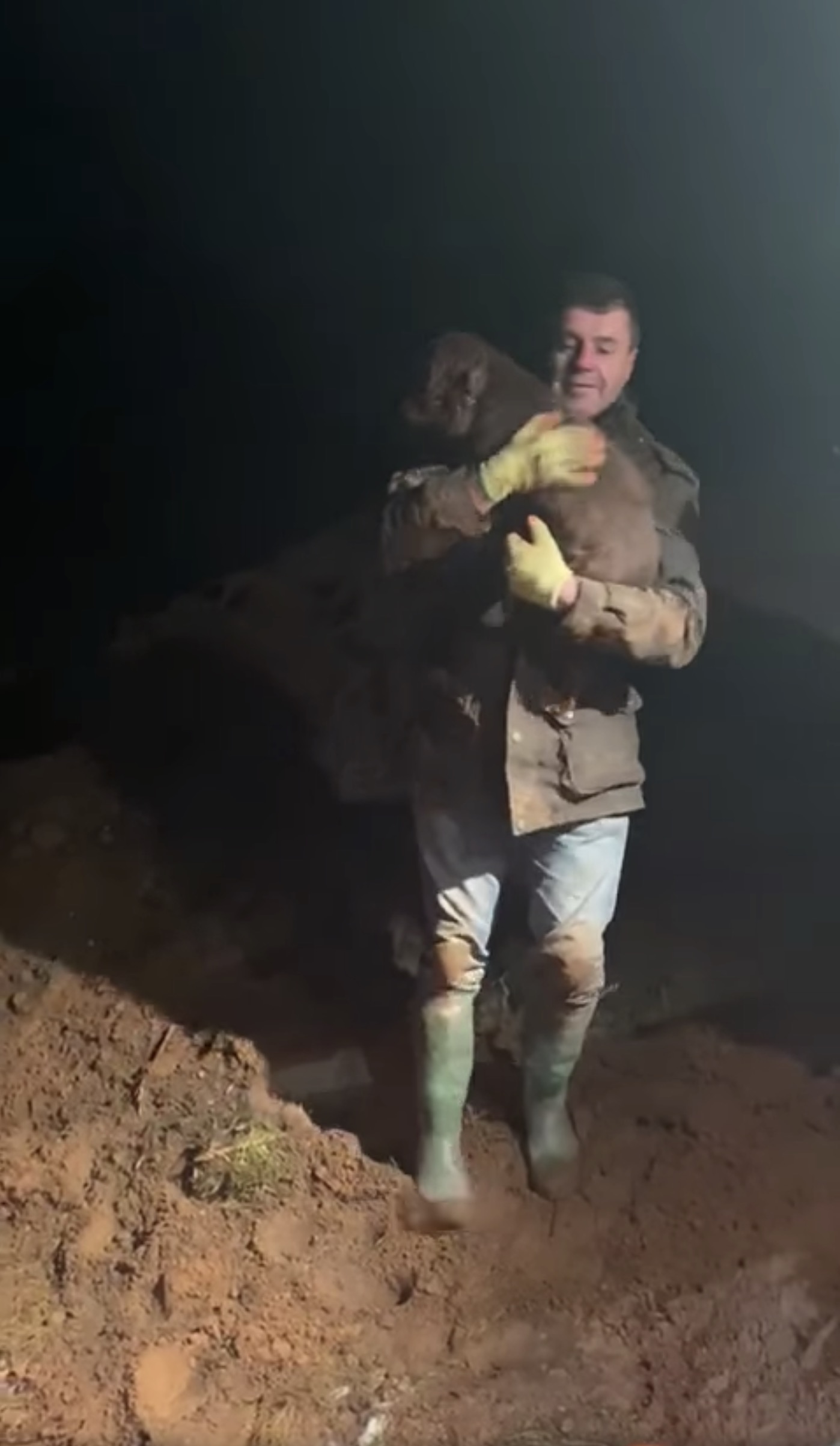 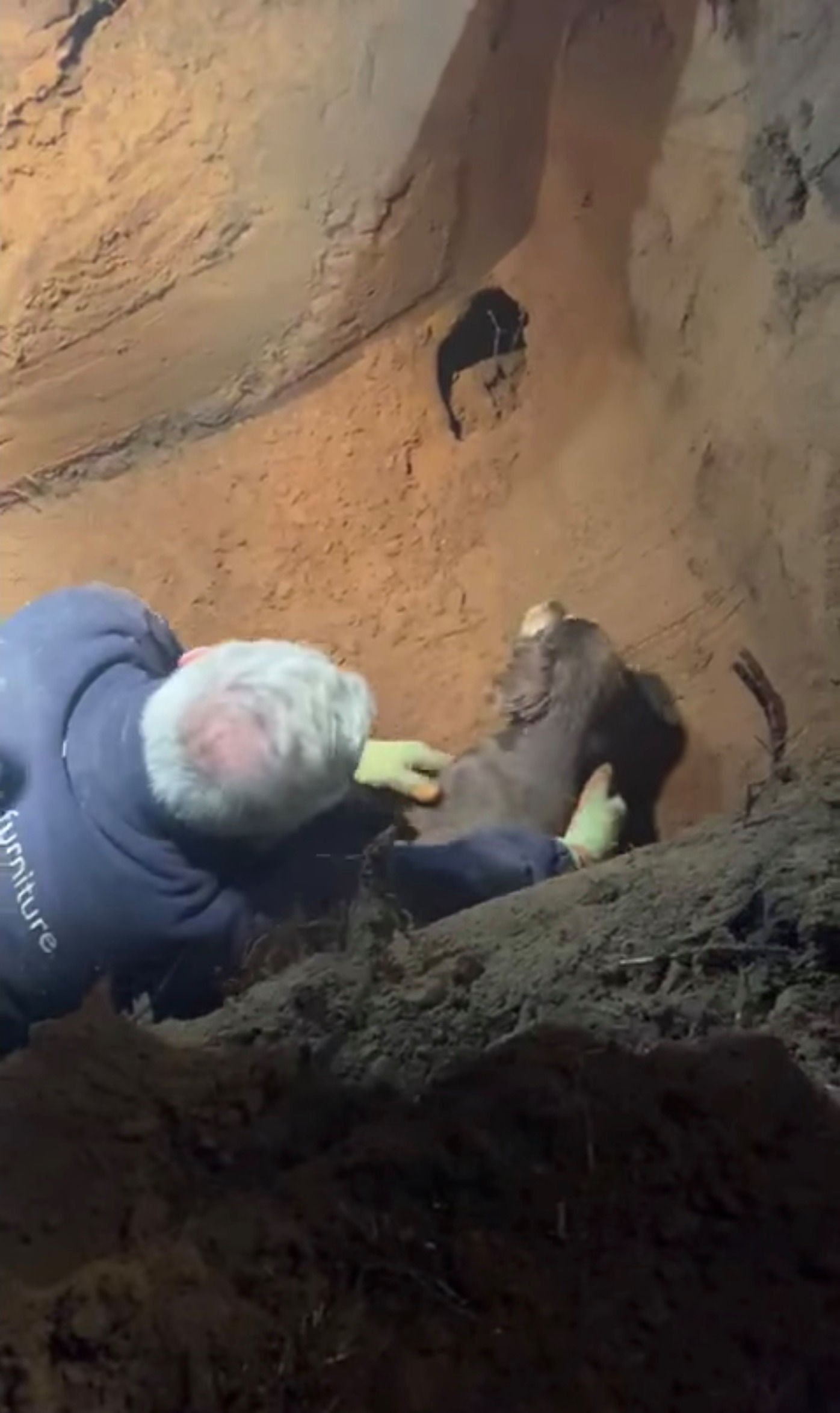 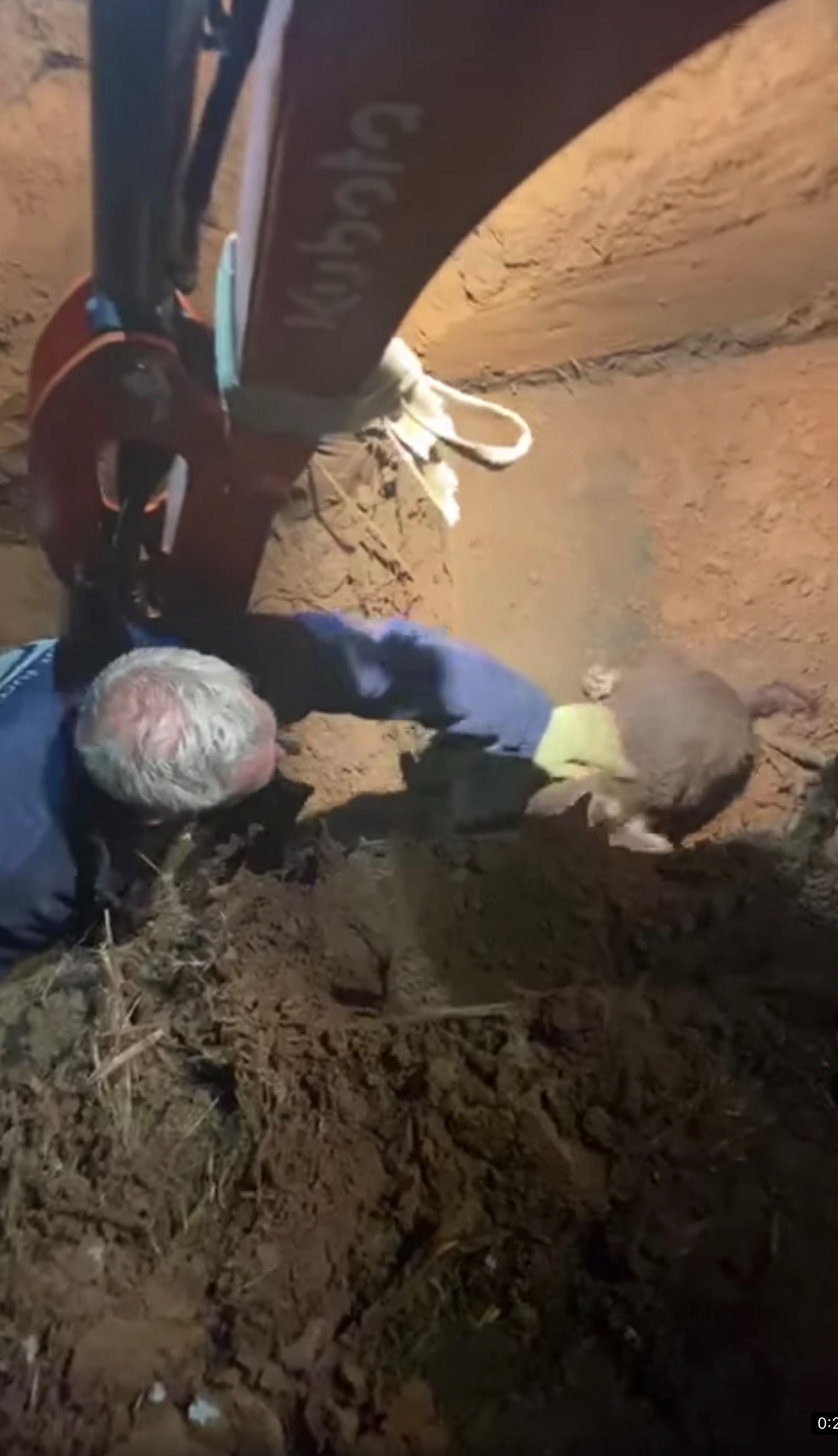 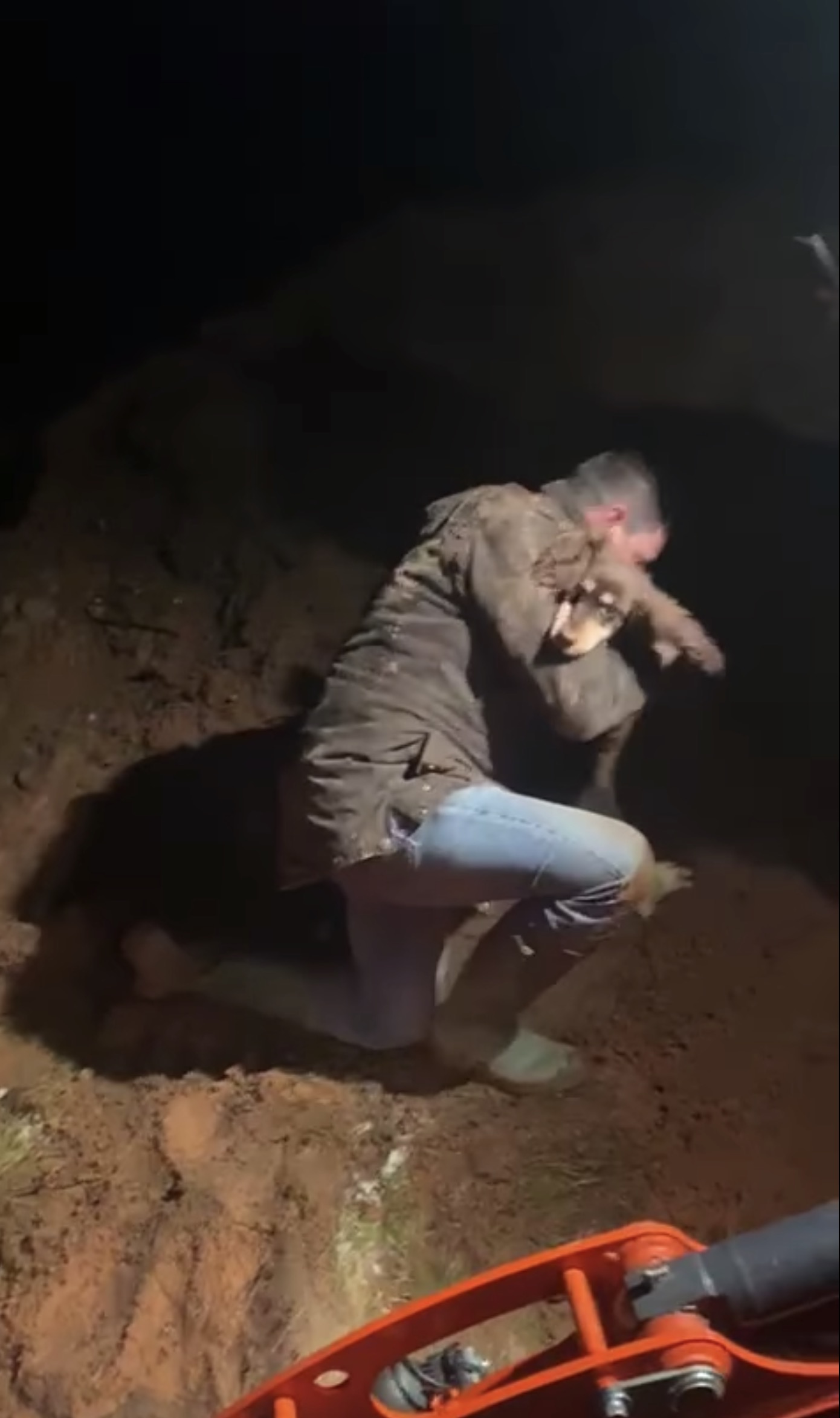 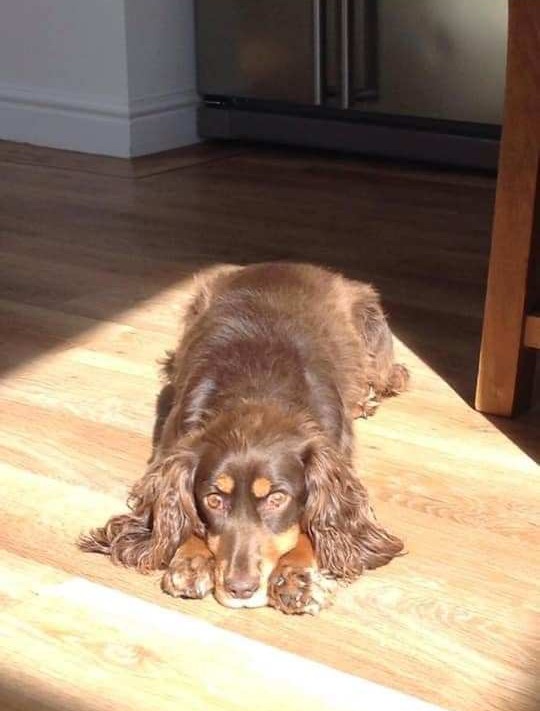 “It’s not that unusual, she likes to chase rabbits sometimes, so I kept walking and waited for her to come out and she never did.

“I’m so grateful that everyone got involved.

"I’ll never let Dizzy out of my sight ever again.”