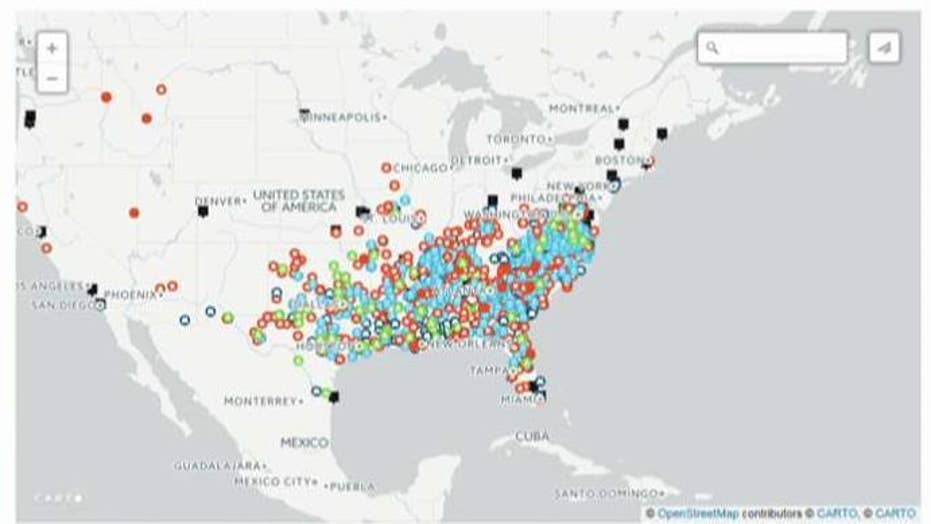 Warning of bloodshed with new map of Confederate monuments

The Southern Poverty Law Center has warned of ‘turmoil’ with new map identifying Confederate monuments, cities and middle schools. But is SPLC also part of the problem? #Tucker

Some left-leaning organizations have used “hate” labels to pressure charitable foundations into blacklisting conservative groups, but not all attempts to exclude “hate” from philanthropy fit this mold, a charity CEO tells Fox News.

“This isn’t about prohibiting free speech or conservative values. This is about truly prohibiting funding towards organizations that are inciting violence against individuals,” Shelly O’Quinn, CEO of the Innovia Foundation, a philanthropic foundation in eastern Washington and northern Idaho, told Fox News on Monday.

Innovia recently made its final contribution to VDARE, a far-right anti-immigration organization that the left-leaning Southern Poverty Law Center (SPLC) brands a “hate group.” The organization explained that a donor had unwittingly contributed to VDARE through its donor-advised fund (DAF), and, after seeing a comprehensive review Innovia received from a third party, agreed to withdraw his support. VDARE claimed that the donor switched to a different DAF, rather than agreeing to suspend the gifts.

VDARE has contested both the SPLC accusation and Innova’s claim that VDARE violates its hate policy.

In recent years, the SPLC and the Council on American-Islamic Relations (CAIR) have pressured charitable foundations to blacklist organizations they brand “hate groups.”

In 2019, 25 donor networks worth more than $1 billion launched a “Hate Is Not Charitable” campaign, aiming to cut off funds from SPLC-accused “hate groups.” In 2020, the SPLC and CAIR teamed up to pressure the philanthropic sector — which held more than $121 billion in donor contributions in 2018 — to blacklist “hate groups.” In 2019, Democrats cited the SPLC in calling on the IRS to remove tax-exempt status from “hate groups.”

Amazon uses the SPLC’s “hate group” list to screen organizations for its Amazon Smile charity program. Republicans in Congress have pressed Amazon CEO Jeff Bezos on the issue, and he admitted that it is an “imperfect system.”

O’Quinn told Fox News that Innovia did not rely on the SPLC for its hate policy, however. Innovia’s policy does not rely on politics.

“I have zero respect for SPLC,” the foundation CEO said. “This is not about the SPLC and making sure that we oppose any group on their list. Their list is not comprehensive, it’s missing a lot of data.” 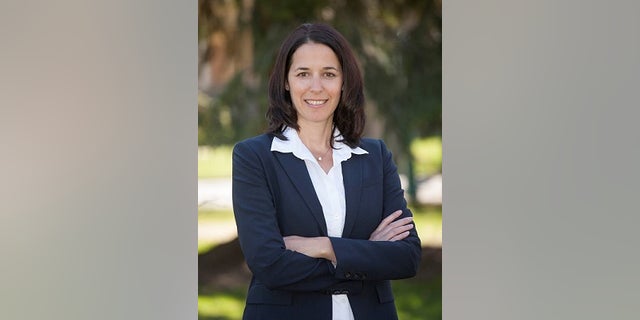 “This is actually about ensuring that we’re not providing grants to organizations that are inciting violence against anybody, that we’re not inadvertently funding something that harms individuals,” O’Quinn said.

The Spokesman-Review, based in Spokane, Wash., first published the news that Innovia would stop funding VDARE.

“We requested that a third party evaluate the organization and the comprehensive review found that the organization’s activities violated the Innovia anti-hate policy. The donor was unaware of this activity, and when presented with the research, withdrew the grant request. We continue our work, internally and with the entire sector, to stem the philanthropic funding of groups that promote hate,” Innovia’s Schedule 1 filing reads, according to the Spokesman-Review.

Last year, Innovia banned funding for “hateful activities,” which the foundation defines as “activities that incite or engage in violence, intimidation, harassment, threats or defamation targeting an individual or group based on their actual or perceived race, color, religion, national origin, ethnicity, immigration status, gender, gender identity, sexual orientation or disability. These activities are contrary to Innovia’s mission and its charitable purpose.”

O’Quinn emphasized that, unlike Amazon, Innovia does not rely on a list like that of the SPLC, but rather commissions in-depth reviews from multiple sources to determine whether or not an organization violates the hate policy.

“I think, too often, we view foundations and philanthropy through a political lens. But we can’t do that. Our donors and our communities have different perspectives and different backgrounds. We just can’t fund anything that causes harm,”  O’Quinn said.

O’Quinn told Fox News that she is no stranger to the demonization of conservative views. “I’m a former Republican Spokane county commissioner,” she noted. “Most people come to this conversation thinking that it’s a whole bunch of Democrats in philanthropy.”

“I’ve had to say, ‘Republicans are not bad people,’” she explained.

“We’re very intentional about not being political,” O’Quinn said. “Philanthropy is full of generous individuals from across the political spectrum, so this cannot be about politics.”

Yet when it comes to “inciting violence and hate against individuals, no one should support that, regardless of ideology,” she explained.

Peter Brimelow, the founder and editor of VDARE, called Innovia’s move “part of the slow-motion communist coup that’s going on in America. These people will put us in Gulags if they can.”

“Of course we’ve never incited violence or defamed anyone,” Brimelow argued. Of O’Quinn, he asked, “Does she think we’re AntiFa?” He called O’Quinn a “coward” and drew attention to the fact that the Spokesman-Review cites the SPLC’s report on VDARE in describing the public pressure that led Innovia to act.

The SPLC did not respond to Fox News’ request for comment by press time.