The item was on sale for £2 at the budget store in Bletchley, Milton Keynes, and was just yards from the “toys and games” section. 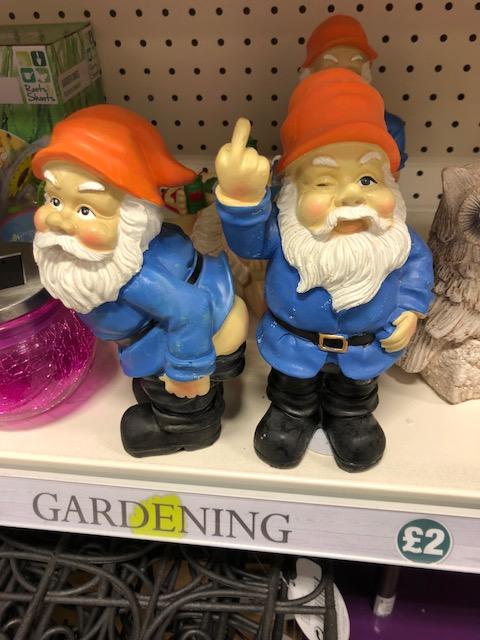 One gnome had his middle finger up while the other was exposing its bottom and was positioned so it was “mooning” the other one.

The naughty gnomes are situated in the garden section which is directly opposite shelves which contain children’s toys including bats and balls.

The customer, who didn’t want to be named, told The Sun Online: “I was walking around my local Poundland today and I spotted a gnome on sale which its trousers down.

“But I noticed that the one next to it was swearing and had its middle finger up. I thought it shouldn’t be there because I was in an aisle full of children’s toys."

“It was at a child’s eye level so I thought it was very inappropriate product placement.

“If the shop wants to sell these kinds of products they should put them on the top shelf so kids can’t see them." 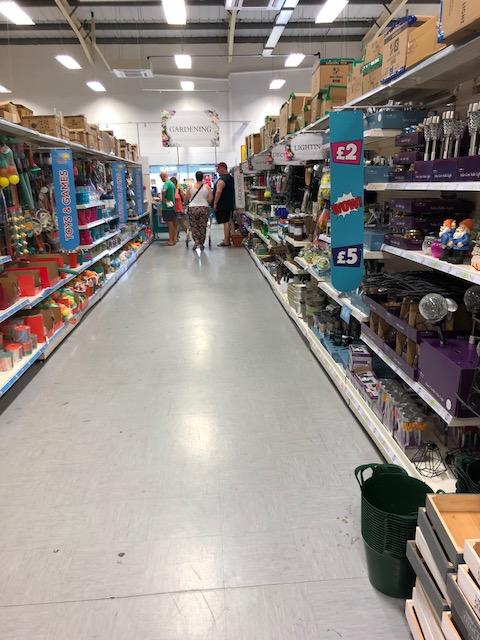 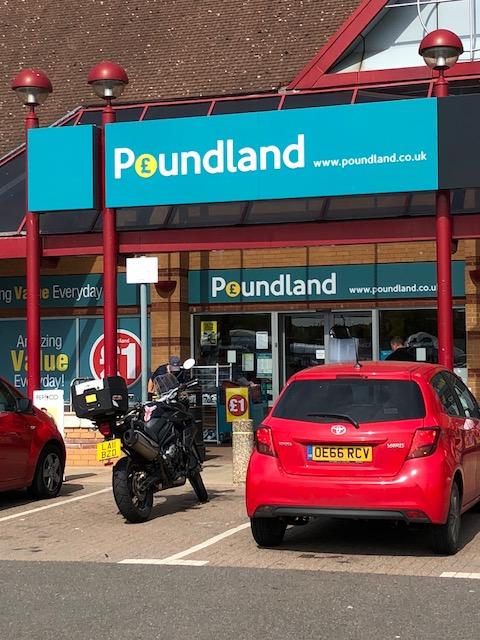 They added: “It could encourage youngsters to start swearing which obviously isn’t a good thing.”

A Poundland spokesman said: "Our cheeky gnomes – are exactly where they should be – in the gardening aisle.”