A CUSTOMER has been caught on film calling a Nationwide manager a "f***ing Muslim c**t" during a row about her account.

The unnamed woman was seen hurling the vile abuse at staff in the Horsefair Street branch of the building society in Leicester city centre yesterday afternoon. 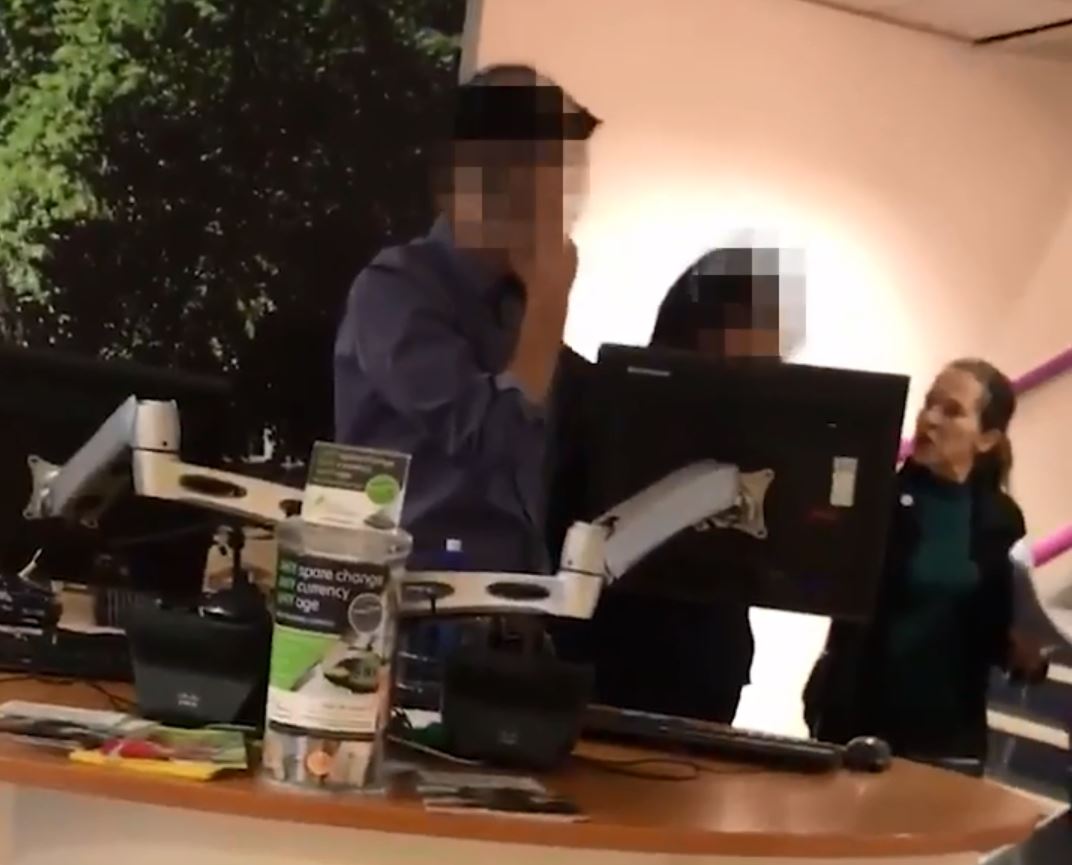 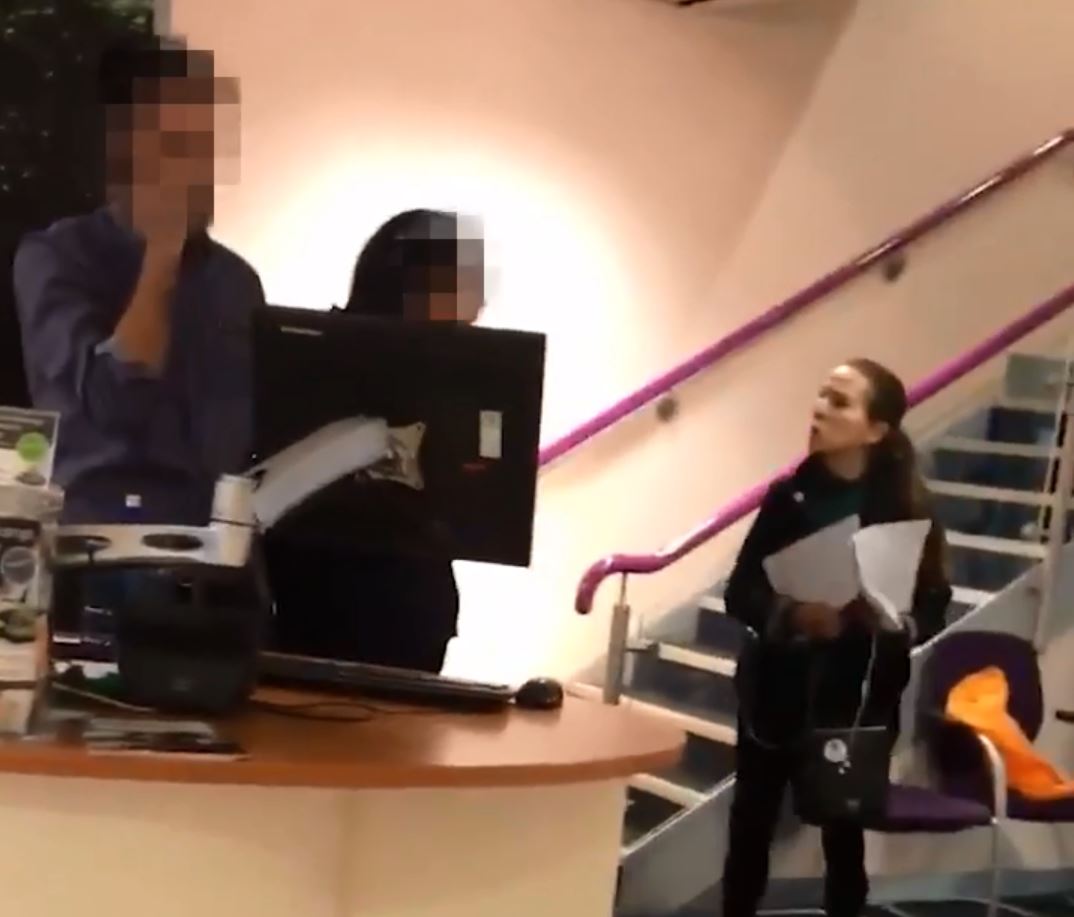 A video of the incident shows the woman sat in a chair noisily demanding to see a manager while an employee of the bank phones the police.

"I am one of the managers," the man can be heard saying.

The woman responds: "You are not a manager!

"My husband works for your head office.

"You are not a manager.

She then responds angrily when she hears him describe her as "a customer who is being quite racist and quite aggressive".

"Aggressive? I'm trying to safeguard my money," she says.

A female manager then arrives and asks her to leave.

The manager then tells the woman she isn't going to talk to her, to which she replies: "Why not? What, because you're a f***ing Muslim c**t?"

The male manager then tells her the police are on their way, to which she says: "What, because I accessed my bank? That I've been with for 17 years."

She then responds to another customer encouraging her to calm down by saying: "Shut up! What are you doing?".

The onlooker who recorded the incident told MailOnline that she saw the row break out as she waited for a bank statement.

She said the woman had walked out after the police were called, leaving staff to describe her to officers.

"Nationwide handled it all very well," she said.

Leicester Police confirmed that officers had been called to an incident at the premises at 3.51pm on Thursday, but that the woman had left the scene by the time they arrived.

In a statement, Nationwide said: "We welcome complaints as much as we do compliments about our service, but no individual should expect to receive targeted abuse, whether at work, at home, in the street or online.

"Abuse of any kind should not and will not be tolerated by our staff or anyone else and we are now offering support to that branch team who had the misfortune to be singled out for just doing their job.

"We must work together against hate to try and eradicate all forms of vile abuse." 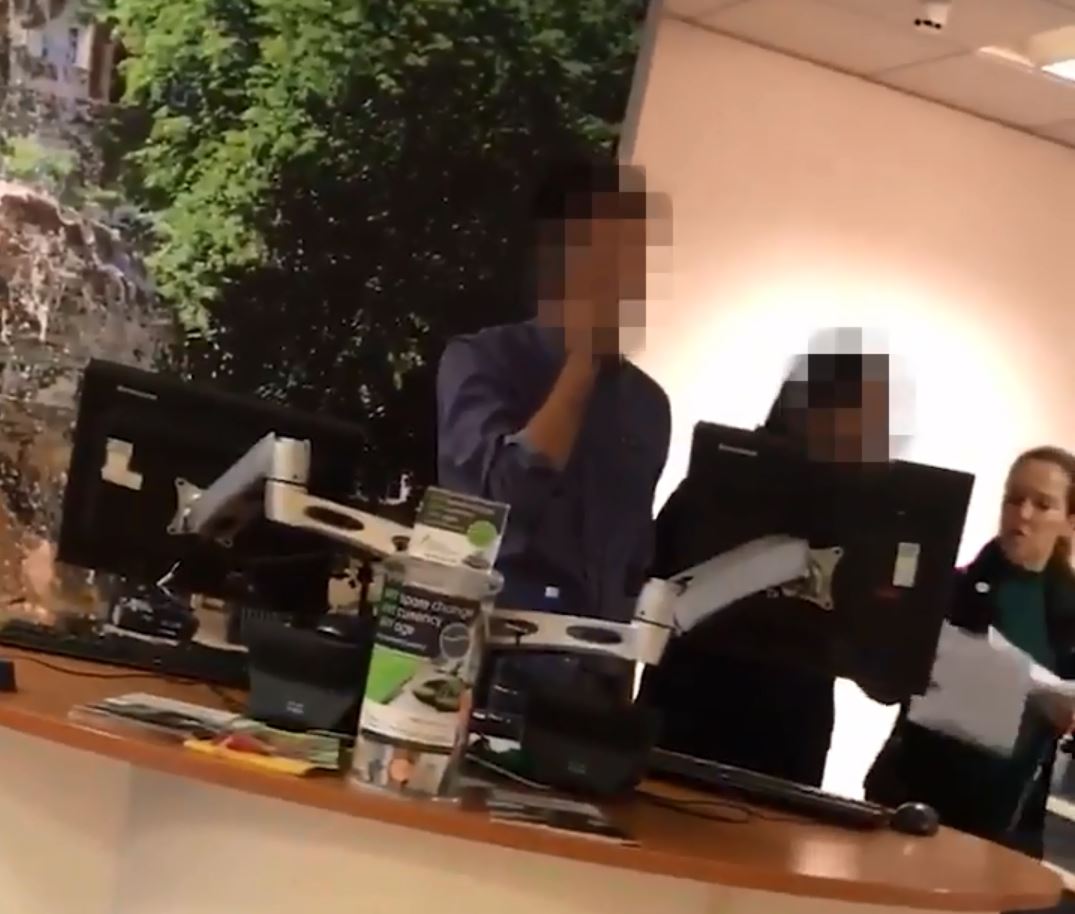 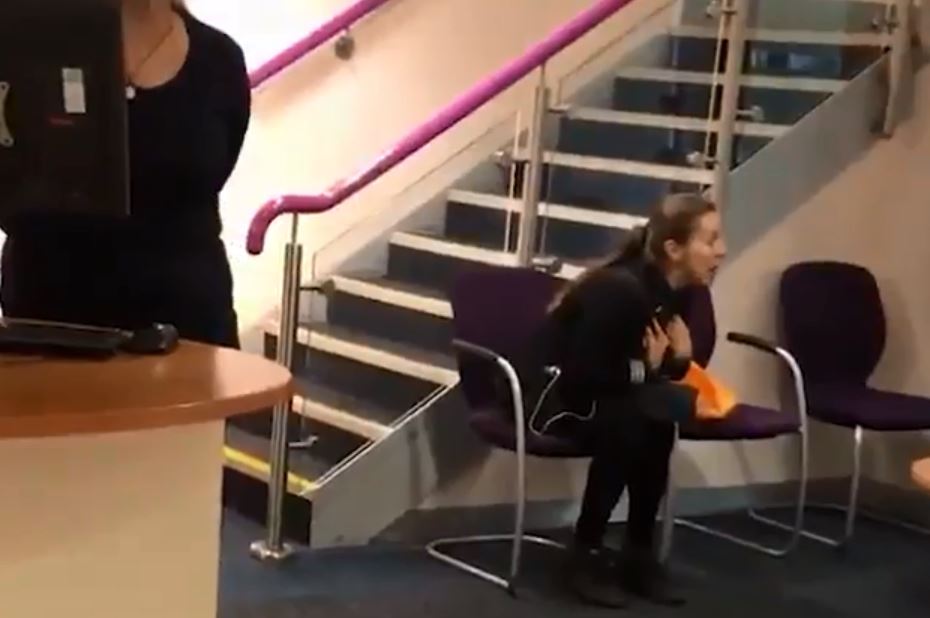 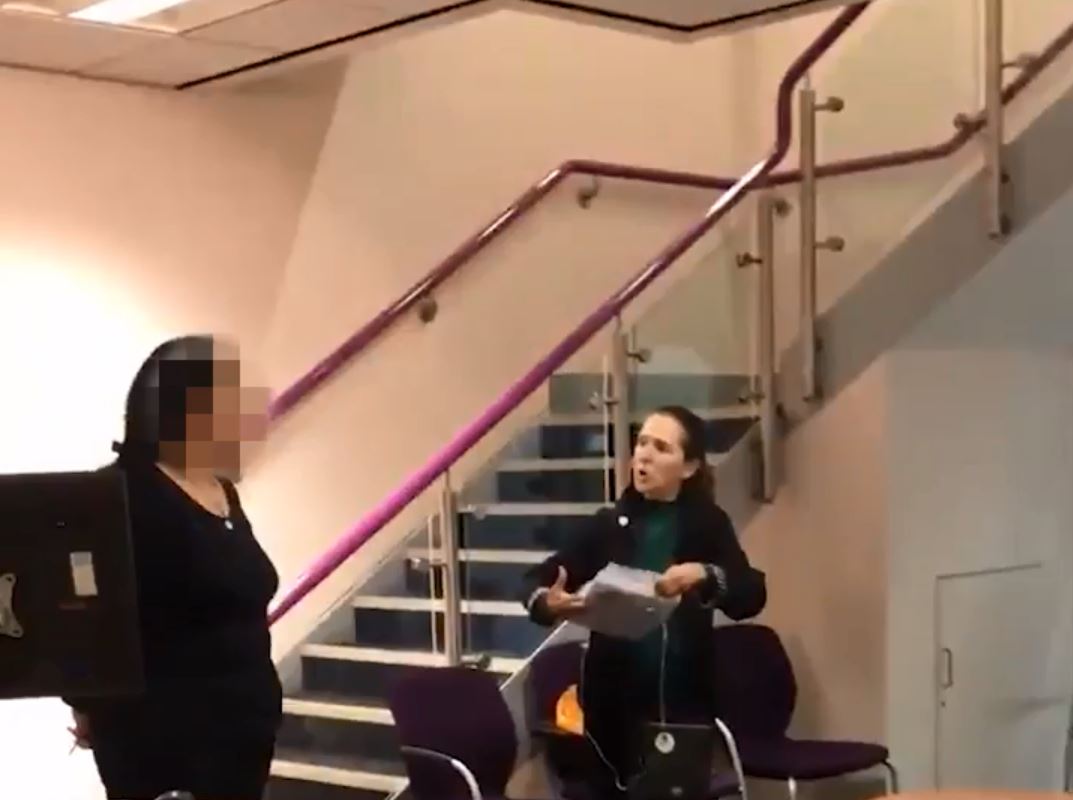