‘More to come’: Dominic Cummings says he will release ANOTHER batch of revelations about ‘f***ing hopeless’ Matt Hancock after revealing Boris’s devastating WhatsApp verdict on his pandemic performance

Dominic Cummings says there is ‘more to come’ following a series of explosive revelations against the Government and ‘hopeless’ Matt Hancock in particular – amid reports claiming the Health Secretary will be cleared over claims he lied about care home testing.

Mr Cummings yesterday posted a 7,000-word diatribe alleging a series of failures during his time as a top advisor, claiming Boris Johnson has a ‘clear plan’ to quit Number 10 by 2026 because he wants to ‘make money and have fun’.

The Vote Leave maverick has taken particular aim at Mr Hancock, who was said to have been branded ‘f***ing hopeless’ by the Prime Minister.

In a Twitter thread that is now a whopping 92 posts long, Mr Cummings wrote: ‘Hancock claimed to MPs a/ ‘no PPE shortage’, b/ ‘everybody got treatment they needed’; c/ he was a heroic success on testing, d/ HMT hampered him on procurement, e/ ‘protective ring around care homes’.

He attached a link to his blog, outlining in more detail his claims against the Government.

But despite claims the PM held his Health Secretary in such low regard, Mr Hancock is set to be exonerated over allegations he lied to Mr Johnson, The Times reports.

Images published yesterday by Mr Cummings reveal that the Prime Minister considered stripping Mr Hancock of responsibility for the procurement of PPE supplies for the NHS, handing over responsibility to Michael Gove instead. 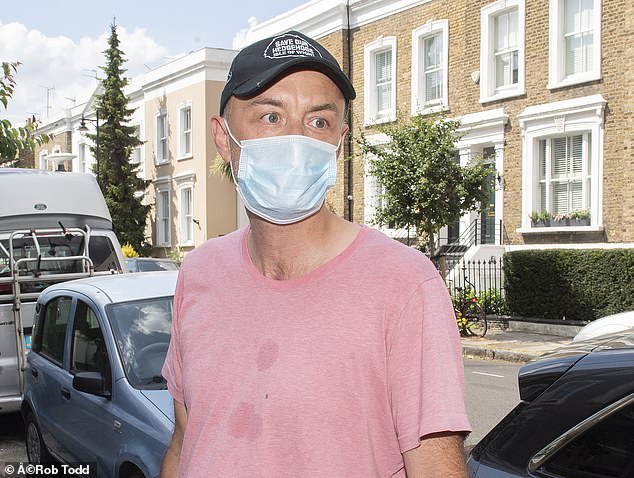 In a Twitter thread that is now a whopping 92 posts long, Mr Cummings wrote: ‘Hancock claimed to MPs a/ ‘no PPE shortage’, b/ ‘everybody got treatment they needed’; c/ he was a heroic success on testing, d/ HMT hampered him on procurement, e/ ‘protective ring around care homes. His claims = false. Evidence here, more to come’

But Jeremy Hunt, who is the chairman of the joint parliamentary inquiry that heard seven hours of evidence from Mr Cummings earlier this month, said the former chief advisor had not substantiated his key claim that Mr Hancock lied about testing patients who had been discharged into care homes from hospitals.

The committee does not plan to bring more witnesses to examine Mr Cummings’s claims against the Health Secretary, and will likely conclude they are unsubstantiated in a report, reports claim.

Mr Hunt said: ‘It is not possible to stack up the most sensational revelations without evidence. Today’s new tweets [from Mr Cummings] show the PM’s total frustration but do not prove anyone ”lied”.’

Downing Street insists that the Prime Minister has complete confidence in Mr Hancock.

It was also pointed out by allies of the Health Secretary that Mr Cummings had failed to prove his allegations. 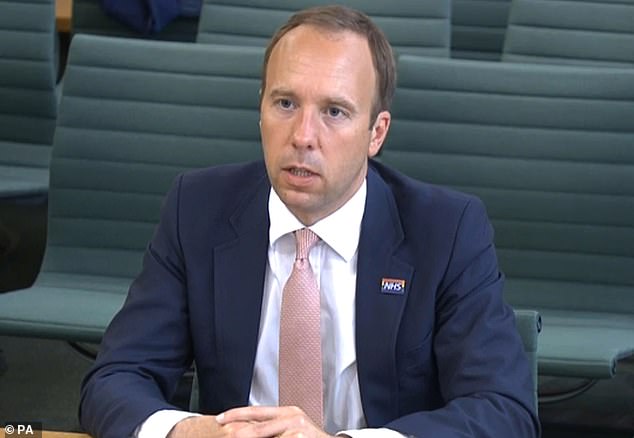 Mr Cummings has also criticised the way in which Mr Johnson runs meetings as he said summits chaired by Dominic Raab, the Foreign Secretary, were ‘much more productive’ because he can ‘chair meetings properly instead of telling rambling stories and jokes’.

Mr Cummings set out the PM’s alleged Number 10 exit strategy in a lengthy blog post published yesterday morning in which he renewed his attack on the Government over its handling of the coronavirus pandemic.

He said a promised public inquiry into the crisis ‘cannot fix’ problems in Whitehall.

He continued: ‘It will not start for years and it is designed to punt the tricky parts until after this PM has gone – unlike other PMs, this one has a clear plan to leave at the latest a couple of years after the next election, he wants to make money and have fun not ‘go on and on’.

‘So we either live with chronic dysfunction for another ~5 years or some force intervenes.’

Mr Johnson has committed to the public inquiry getting underway in Spring 2022.

Asked if Mr Johnson intends to quit as PM, his Press Secretary said: ‘The PM has actually been asked this before and has said himself it is utter nonsense, so that still stands.

‘The PM was elected in 2019 and continues to focus on delivering on the manifesto we were elected on and leading the country out of the pandemic.’

Mr Cummings told MPs when he gave evidence to them last month on the response to pandemic that he believes Mr Johnson is unfit to be premier. 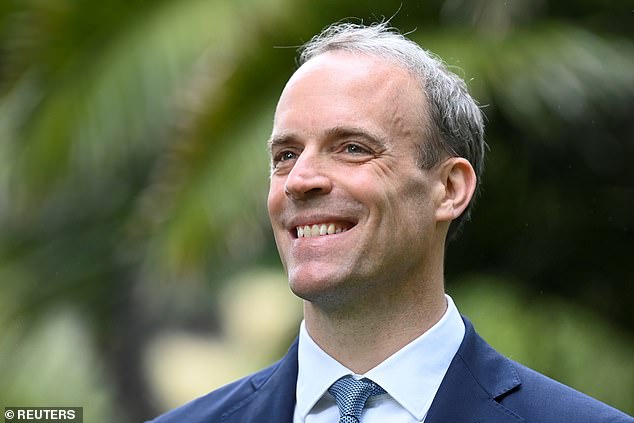 Mr Cummings said meetings chaired by Dominic Raab, the Foreign Secretary, were ‘much more productive’ than those chaired by Mr Johnson

In his latest salvo, he renewed his criticism of the PM as he claimed Mr Johnson is an ineffective chairman of formal meetings.

He said meetings chaired by Mr Raab when he was in charge when Mr Johnson was recovering from coronavirus were ‘much more productive’.