Falling into disrepair in the years after the famous palace was destroyed in a huge fire in 1936, it has sat derelict ever since with its biggest recent claim to fame when it featured in a Chemical Brothers music video.

But the Crystal Palace Subway is set to be restored to its former glory after £3.2million plans were approved to rebuild the existing Victorian structure in South London along with new parapet walls and a roof.

The Grade II*-listed structure was opened in 1865 to connect Crystal Palace High Level train station to the palace itself, which was moved there that year from its original location in Hyde Park for the 1851 Great Exhibition.

The station served visitors to the famous palace until the cast iron and plate glass structure burnt down in 1936, and the station was then closed in 1954 with the subway left to decay over the coming decades.

The coloured brick and stone subway did find usage as an air raid shelter during the Second World War and for community events, as well as in the video for the Chemical Brothers’ 1996 number one single Setting Sun.

But now, Bromley Council has given the green-light to a huge restoration project to start later this year which will turn the structure into a ‘multi-functional space that will be accessible throughout much of the year’. 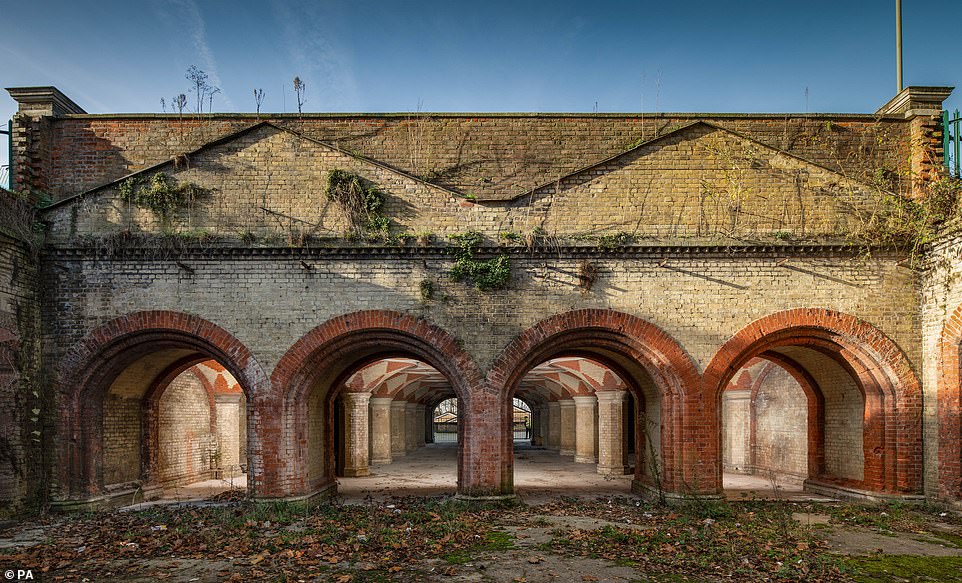 The derelict Crystal Palace Subway is set to be restored to its former glory after £3.2million plans were approved by a council 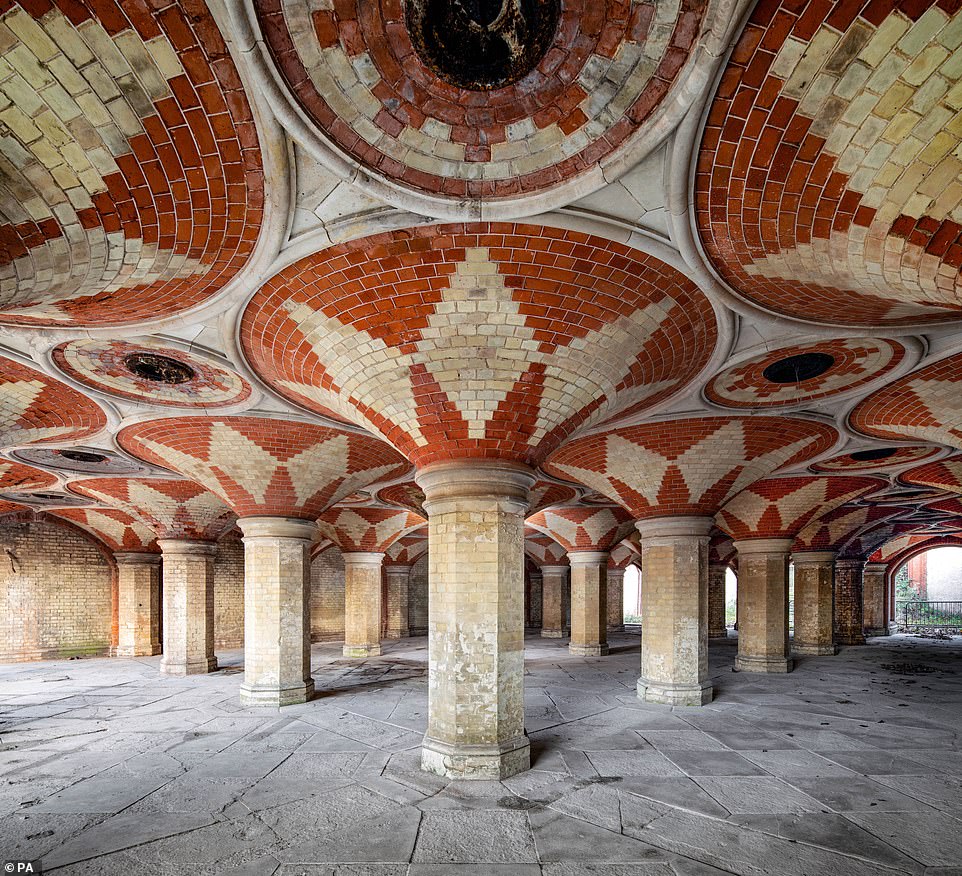 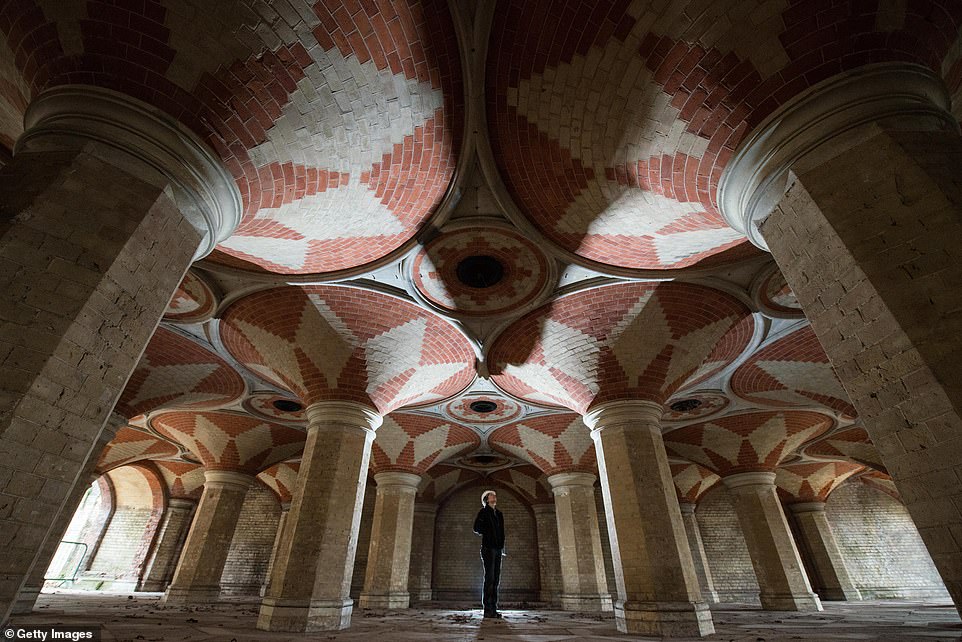 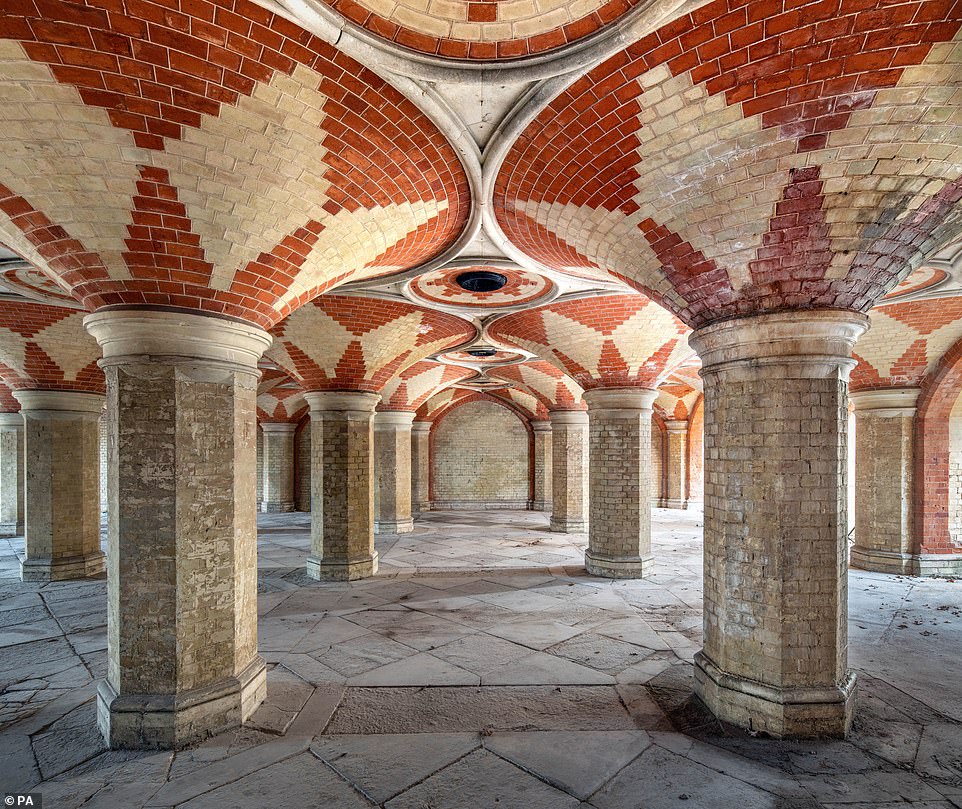 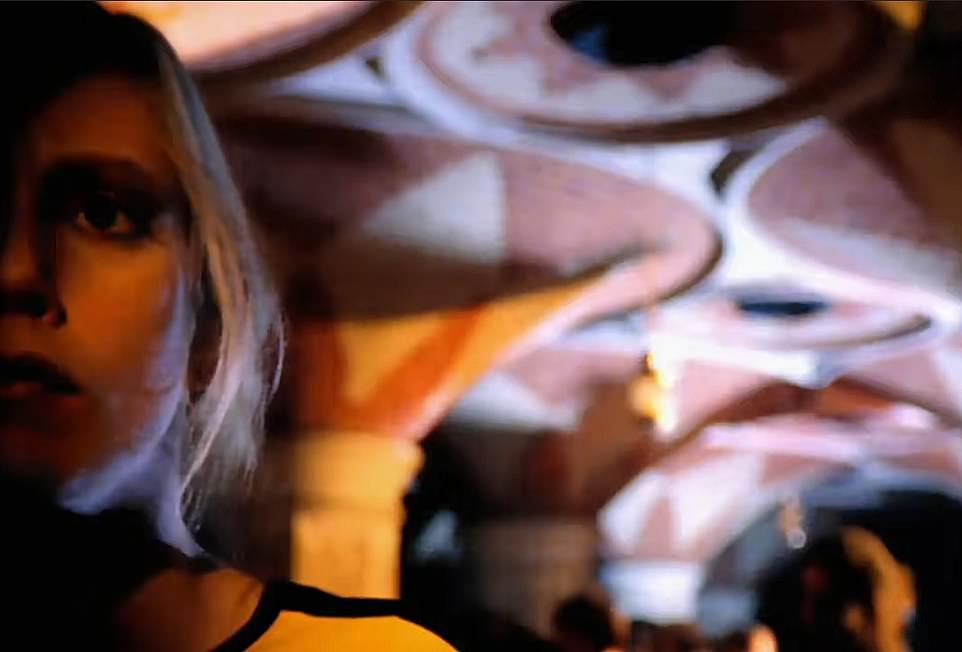 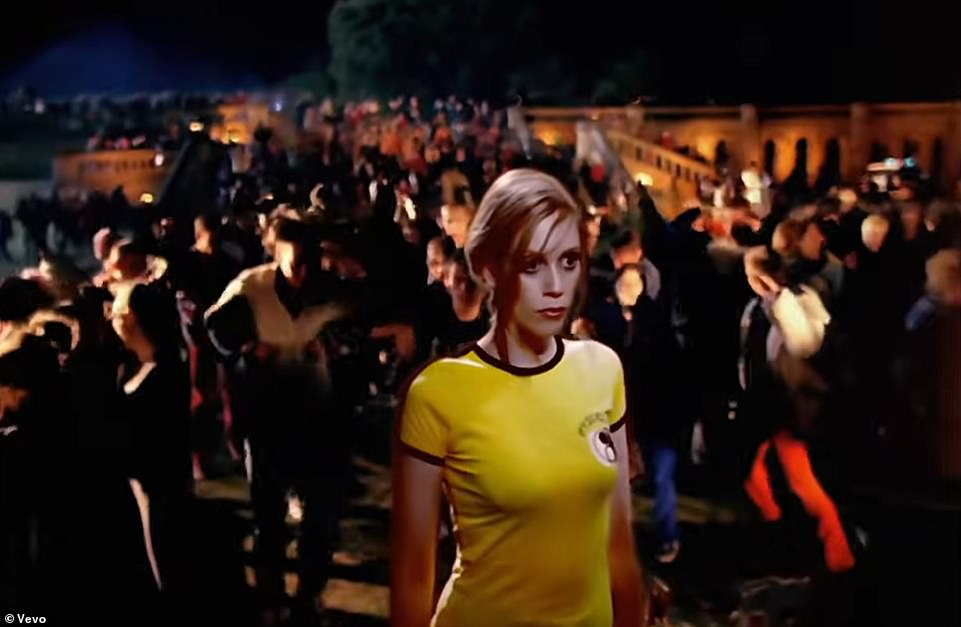 The Crystal Palace was moved to its location at the top of Sydenham Hill in South London in 1854 after being rebuilt there following its move from Hyde Park, and it remained a popular attraction until the fire in 1936.

Access was provided by two railway stations – one being Crystal Palace Low Level station, which opened in 1854 but required passengers to walk up a hill for 500 yards, and this station is still in usage today.

From providing a grand entrance to falling into decay: Timeline of the Crystal Palace Subway

1854: The Crystal Palace is moved to its second location at the top of Sydenham Hill in South London, and Crystal Palace Low Level train station opens to serve the site.

1865: Crystal Palace High Level train station opens to increase local capacity and reduce walking distance for those visiting the palace, who needed to walk up a hill for 500 yards when arriving at the Low Level station.

Crystal Palace Subway opens later that year as part of a grand entrance to the palace itself, for those first-class passengers arriving at the High Level station.

1917: The High Level station is closed until March 1919 to cut costs during and after the First World War.

1936: The Crystal Palace is destroyed in a huge fire.

1939-1945: The High Level station roof is damaged by anti-aircraft fire during the Second World War, but no attempts are made to repair it. The northern end of the station is allowed to fall into disrepair because it was no longer needed now the Crystal Palace was destroyed.

1941: Plans are drawn up for the subway to be used as an air raid shelter by Camberwell Council which had ticketed space for 192 people to sleep or 360 to stand.

1944: The High Level station is closed for the remainder of the war before reopening in March 1946

1961: The High Level station is demolished.

1969: The subway suffers from vandalism and lighting of fires, and is used as a shortcut by young people to access motor racing held at Crystal Palace Park.

1971: The subway is bricked up to help protect it, and the structure is listed by Historic England in 1972.

1973: The subway is being used to store statues

1996: The music video for the Chemical Brothers single Setting Sun is filmed at the site, featuring hundreds of people dancing there – and it goes to number one.

2013: The subway is opened for Open House London

2018: The heritage listing is upgraded to Grade II*

2022: Bromley Council approves £3.2million plans to rebuild the existing structure along with new parapet walls and a roof.

However it is now simply known as ‘Crystal Palace’ and is used by London Overground and Southern services running to the likes of London Bridge, Victoria, Beckenham Junction and Highbury and Islington.

Crystal Palace High Level station was opened 11 years later on August 1, 1865 to provide an alternative rail route with the aim of increasing local capacity and reducing walking distance for those visiting the Palace.

The station was designed by Charles Barry and the line was operated by the London, Chatham & Dover Railway but it was constructed by the Crystal Palace and South London Junction Railway.

The subway was opened four months later on December 23, 1865 although there are varying accounts on who actually designed it – with Mr Barry credited by the Illustrated London News in a correction published one week after it said the designer was his brother Edward Middleton Barry.

In addition, the Morning Post claimed the railway’s resident engineer William Shelford was also involved in the design.

It was hoped that first class train passengers would have a grand arrival at the palace, so the subway was constructed with this in mind, made up of arches of coloured brick and stone which rested on 18 columns.

The corridor led under Crystal Palace Parade to an ornate area with a glass and iron roof which had four staircases, two for arrivals and two for departures.

The palace was then destroyed in a fire on November 30, 1936 – but the subway found usage just five years later as an air raid shelter under the control of Camberwell Council which had ticketed space for 192 people to sleep or 360 to stand.

The structure, which sits on the edge of Crystal Palace Park, was given partition walls which split it into nine sleeping areas with bunk beds, a canteen and toilets – and drains cut into the floor connected it to the main sewerage system.

However the long-term prospects for the subway were not good as the High Level station became little used and fell into decay in the years after the war before closing in 1954. Demolition began in 1961.

The subway then became used by young people to access motor racing held in the park, before it was bricked up in 1971 to stop anyone using it as a shortcut or playground.

It was then listed by Historic England in 1972, before being used as a statue storage space – then local ‘Subway Superdays’ were held in the following years as community events where it was opened up.

The Chemical Brothers then filmed their 1996 music video Setting Sun there, which was their first number one single and featured hundreds of people dancing in the area around the subway.

By 2013, the subway was opened for the first time as part of the Open House London project, then its listing was upgraded to Grade II* in March 2018.

Plans to restore the subway were then unanimously approved last Thursday at a Bromley Council plans sub-committee, which will allow works to commence later this year.

The restoration works will see the repair of the subway, including the rebuilding of existing walls as well as the construction of new parapet walls and a roof structure.

The design has been created by conservation architects Thomas Ford and Partners, whom the council said ‘took inspiration from the original structure, whilst ensuring the restored subway meets the needs of this important site in the modern day’. 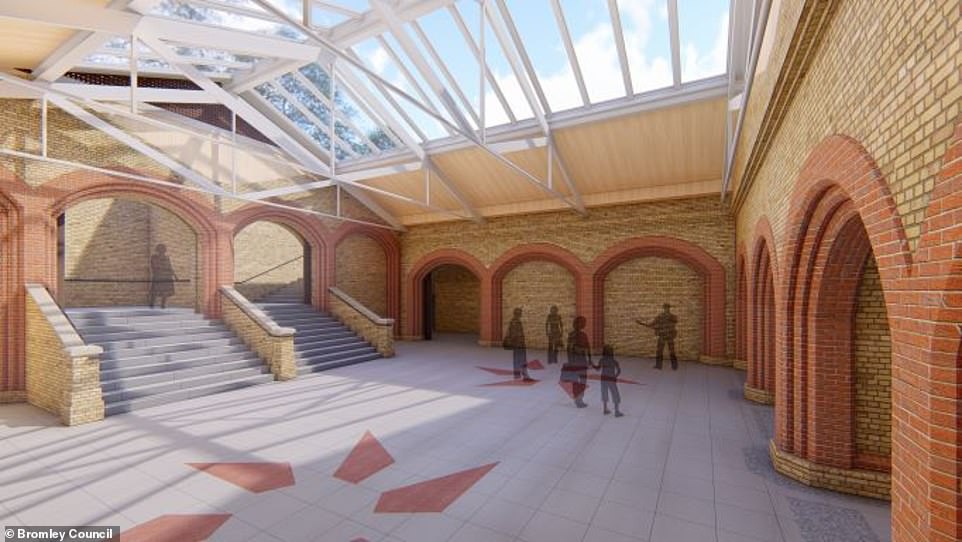 The restoration works will see the repair of the subway, including the rebuilding of existing walls as well as new parapet walls 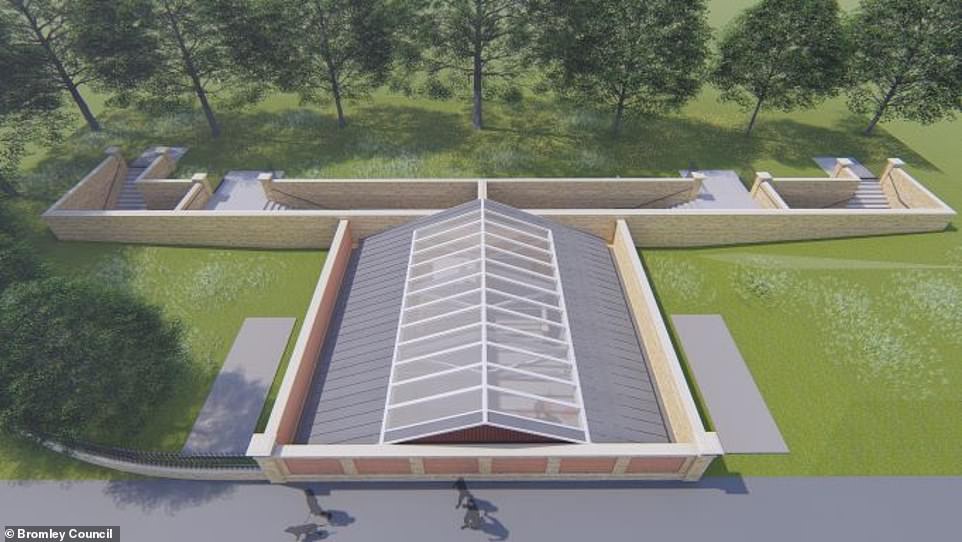 The new roof will be visible from Crystal Palace Parade, with the subway exterior being made from glass and stainless steel 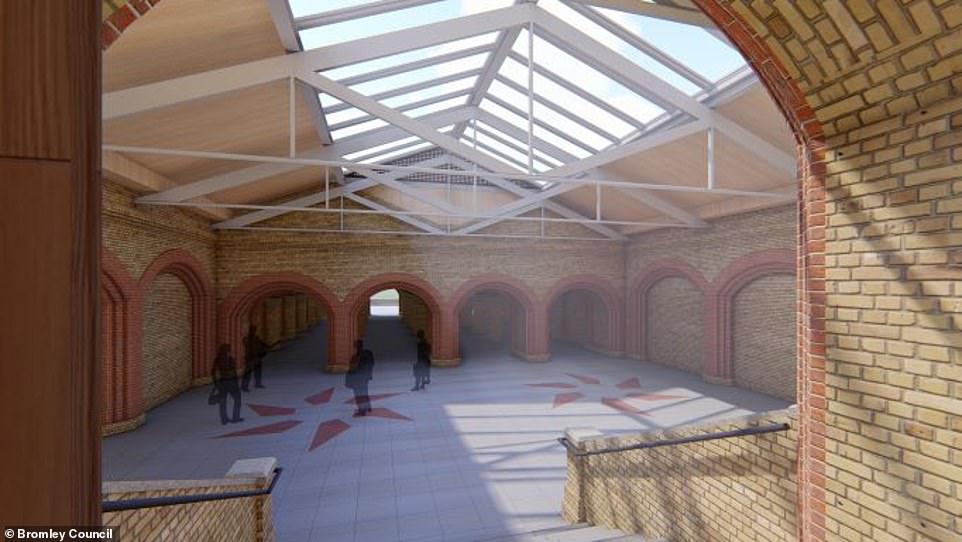 Councillor Katy Boughey, chairman of Bromley Council’s plans sub-committee No. 3, said: ‘We are pleased to unanimously approve this application for well-considered restoration works.

‘The proposed design is attractive and in keeping with the history of the subway, making good use of the available resources to preserve this valued structure. I look forward to seeing the restored subway in due course.’

The proposed new roof will be visible from Crystal Palace Parade, with the subway exterior being made from glass and stainless steel, and the gable enclosed with Corten steel.

The council also hopes that the subway will be removed from the Heritage at Risk Register following the restoration works. 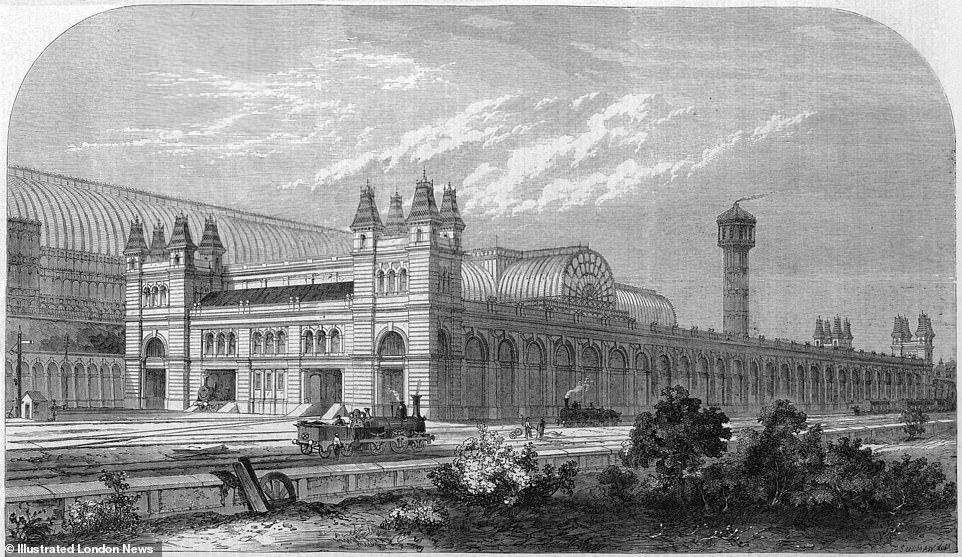 Crystal Palace High Level train station is pictured in a sketch in the Illustrated London News on September 30, 1865

The Illustrated London News also featured a sketch of the subway under the new High Level station on September 30, 1865 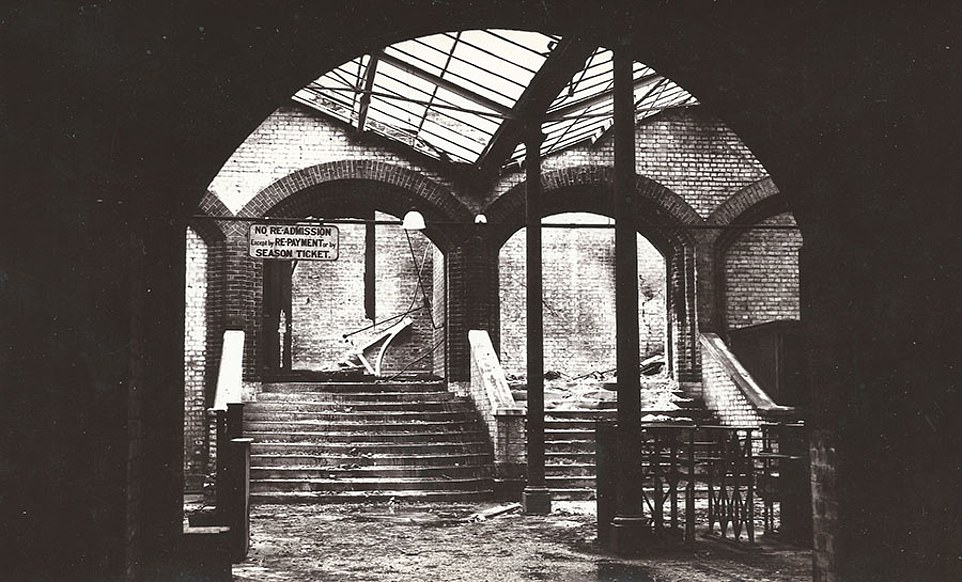 The subway is pictured on December 1, 1936, which was the day after the fire which destroyed the Crystal Palace building

Councillor Peter Morgan, the council’s executive eouncillor for renewal, recreation and housing, said: ‘I look forward to seeing works begin on this important restoration, with grateful thanks to our valued partners Historic England and The Friends of Crystal Palace Subway who have helped bring about this welcome news.

‘The history of this important structure has been reflected in the impressive design of the new subway roof, which will also be fit for purpose in the 21st century.

‘It is essential we carry out these works in a timely manner to preserve this cherished subway for years to come and ensure it does not deteriorate further, with this restoration also contributing to the regeneration of Crystal Palace Park.’

The estimated £3.2million cost follows a grant allocation of £2.3million from the City of London Strategic Investment Pot. 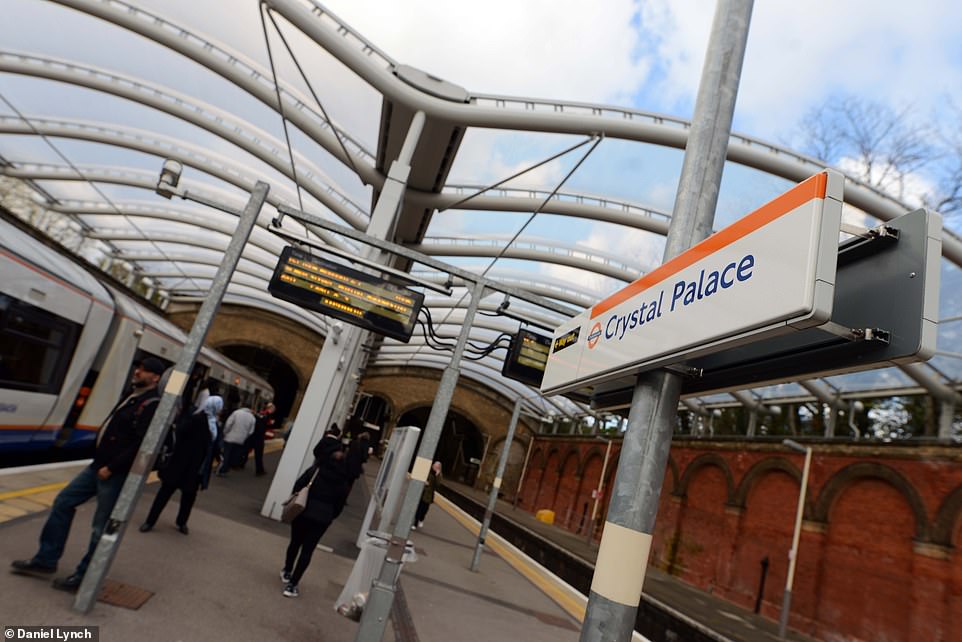 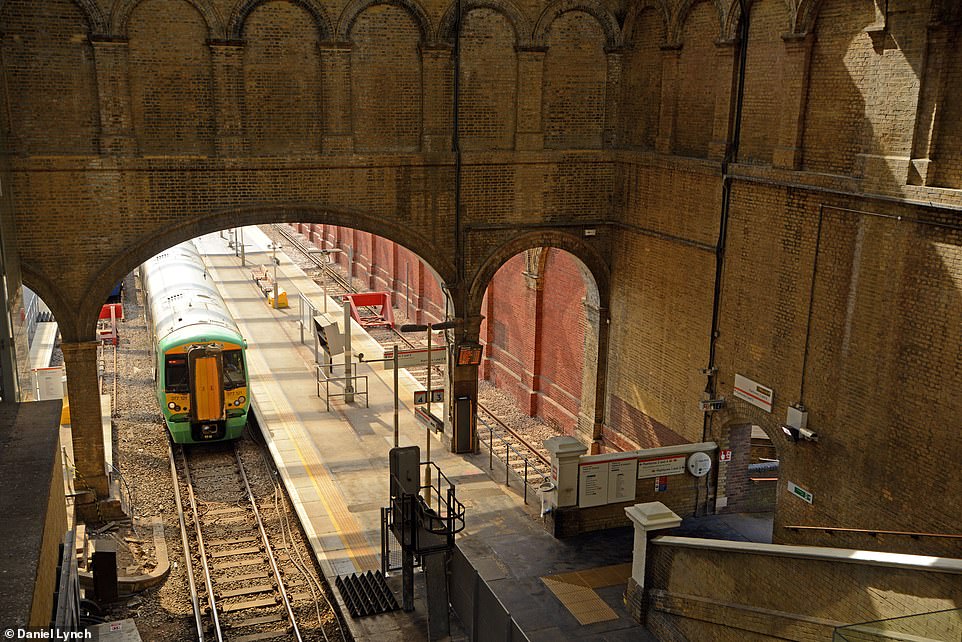 There was also an additional £500,000 from Historic England along with contributions from the Friends of Crystal Palace Subway group.

The London Borough of Southwark are also involved in the restoration project, with a planning application covering restoration works to small parts of the subway that lie within Southwark also submitted to the council.

The site will be closed to the public while the restoration works are carried out.

Bromley Council has said that ‘following restoration, the site will become a multi-functional space that will be accessible throughout much of the year’, adding: ‘At present, no commercial proposals for the function of subway have been established.’