HUNDREDS stripped off for a mass skinny dip in the chilly North Sea this morning.

Crowds ditched their kit and ran into the water at Druridge Bay, in Northumberland, to celebrate the arrival of the Autumn Equinox. 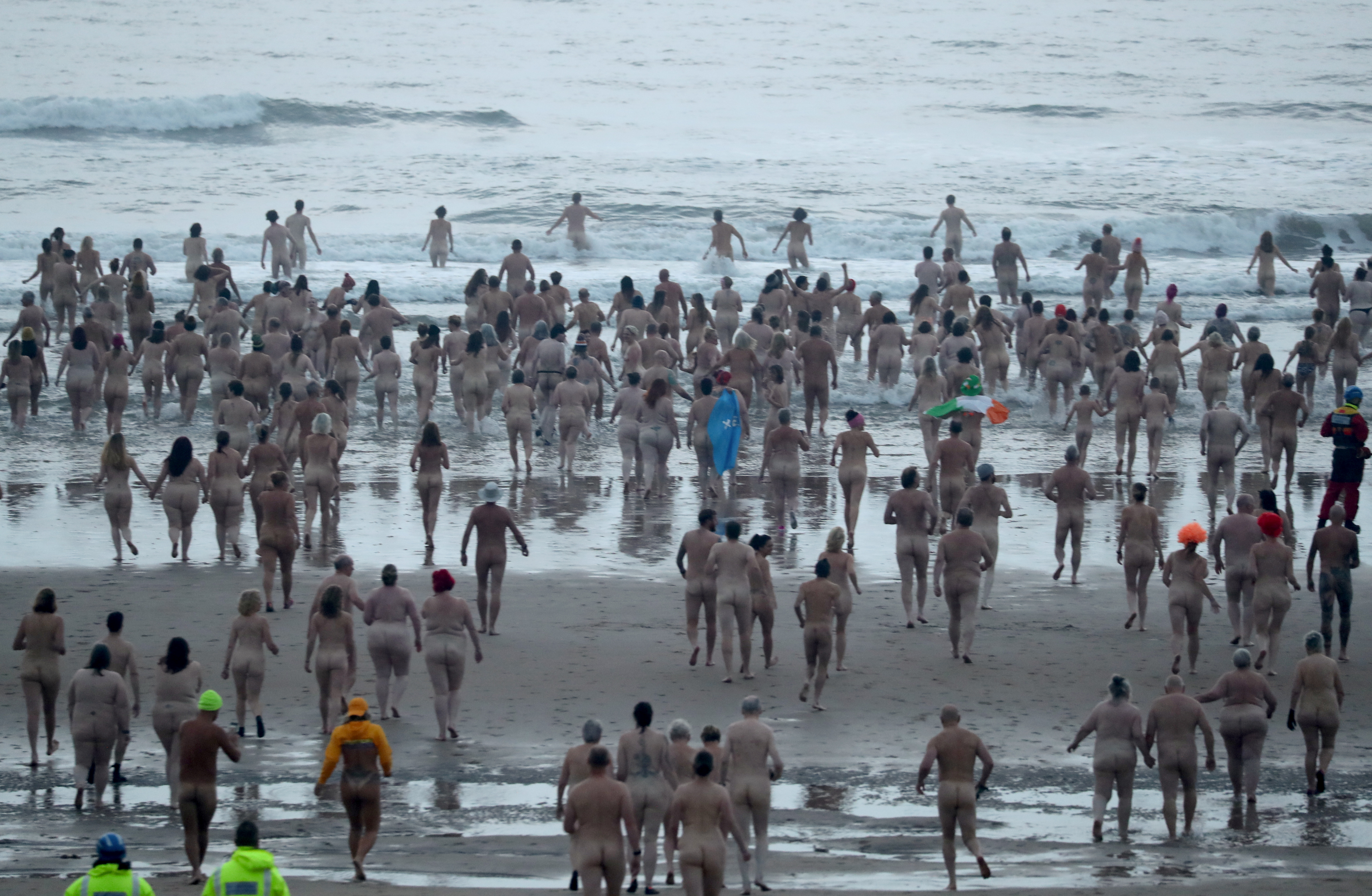 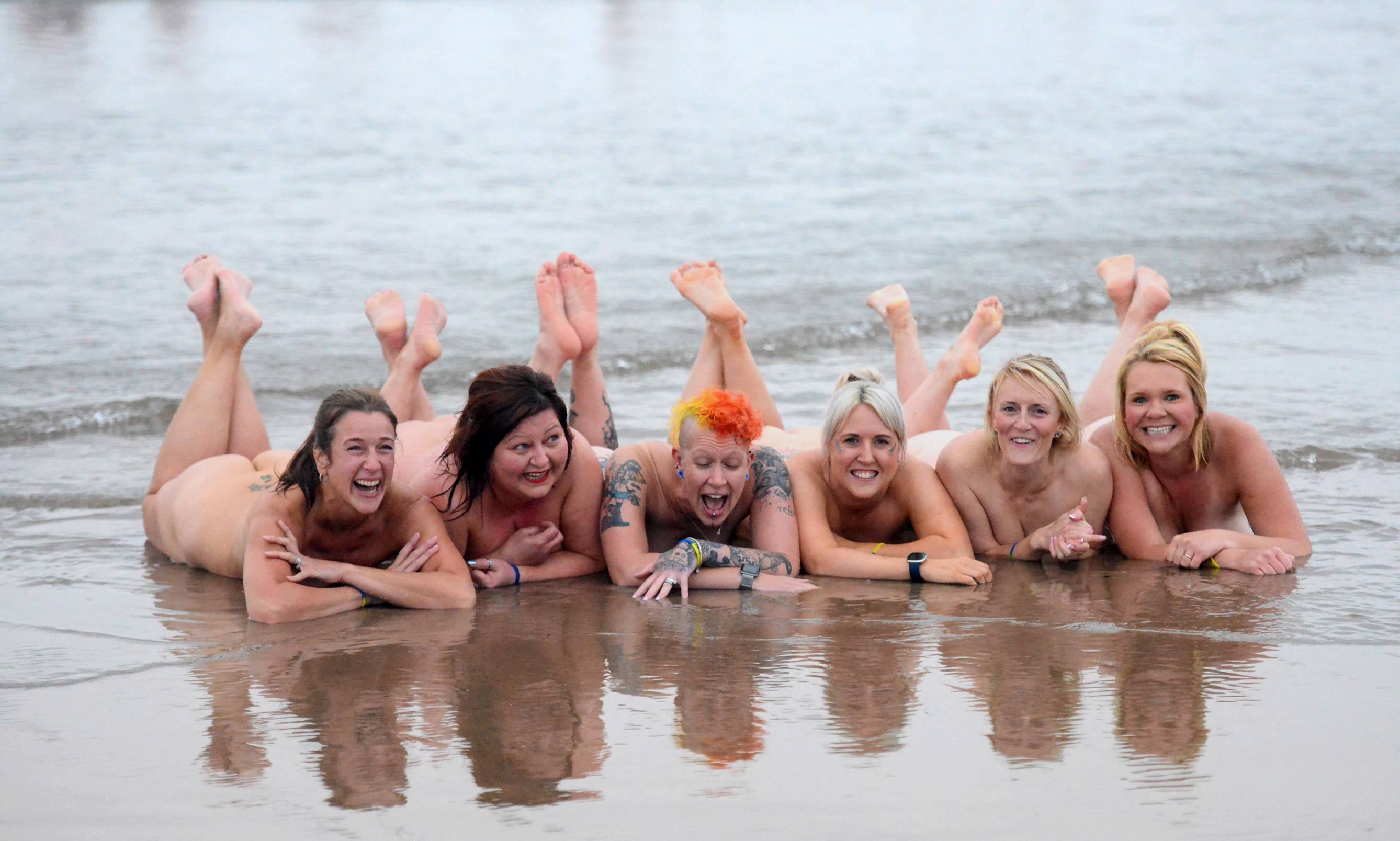 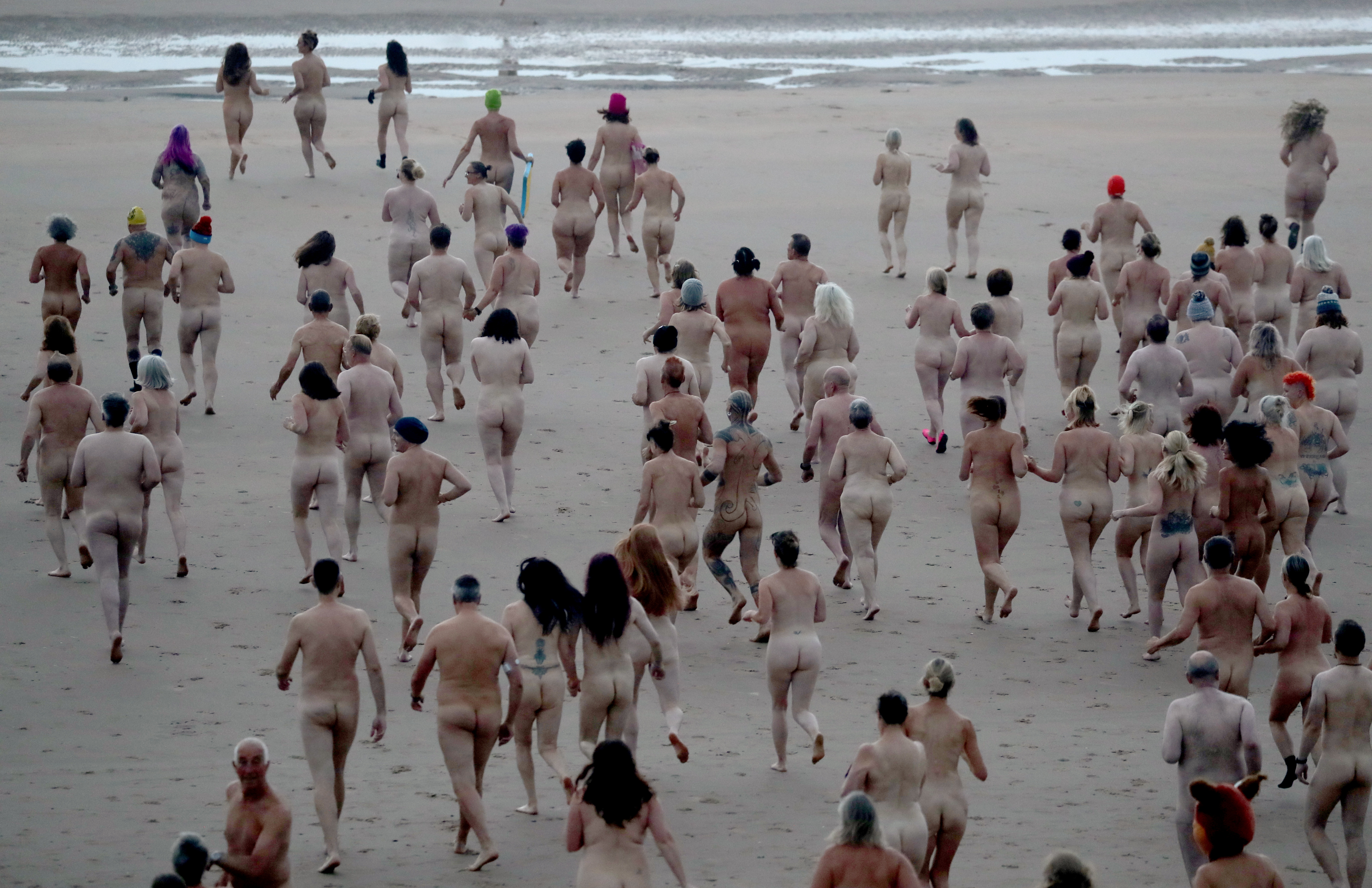 More than 800 brave men and women embraced the cold by splashing and paddling at sunrise for the annual North East Skinny Dip.

Before the nude plunge, participants gathered in groups on the sand to watch a fire-eating female dancer.

Members of the local coastguard rescue team stood by as a precaution as the skinny dippers entered the water but no medical issues arose.

The dip, which has become an annual event since it launched in 2012, raises money for mental health charity MIND.

Organiser Jax Higginson, 43, took part herself and said she has raised over £80,000 since the event started.

Jax said: "Everything was spectacular and it all went swimmingly.

"We had at least 820 dippers although the final number is yet to be announced.

"Everybody just rocks up, does their thing and takes the risk and creates a really unique experience.

"We actually had more pledgers than participants which is really nice, we're going to have a big fundraising year and I think we're going to hit £20,000 for MIND this year.

The event takes place on the final Sunday before the Autumn Equinox, which occurs this year on September 22.

Jax, an artist from Sunderland, added: "There's a few reasons for doing it when we do – one because we like to celebrate the transition from summer to winter and appreciating the summer we've had and welcoming the winter.

"The other reason is because the water is warmer, you don't want to leave it too long."

Like many other charity events, the group has had to wait two years to take part again as a result of the pandemic.

But 43-year-old Jax said today was worth the wait, adding: "We couldn't meet last year and you could really feel that on the beach this morning.

"People were really excited to be back and connecting with other humans.

"There were lots of newbies and lots of regulars, all very happy dippers.

"It was really mild today. Sometimes it's freezing and people can't stay in the water too long but everybody has commented on how warm the water was and there was a lot of laughing.

"It's wonderful that it's accessible and people with wheelchairs and less able people are also here as well lots of families and children – I appreciate that and I'm very happy about it." 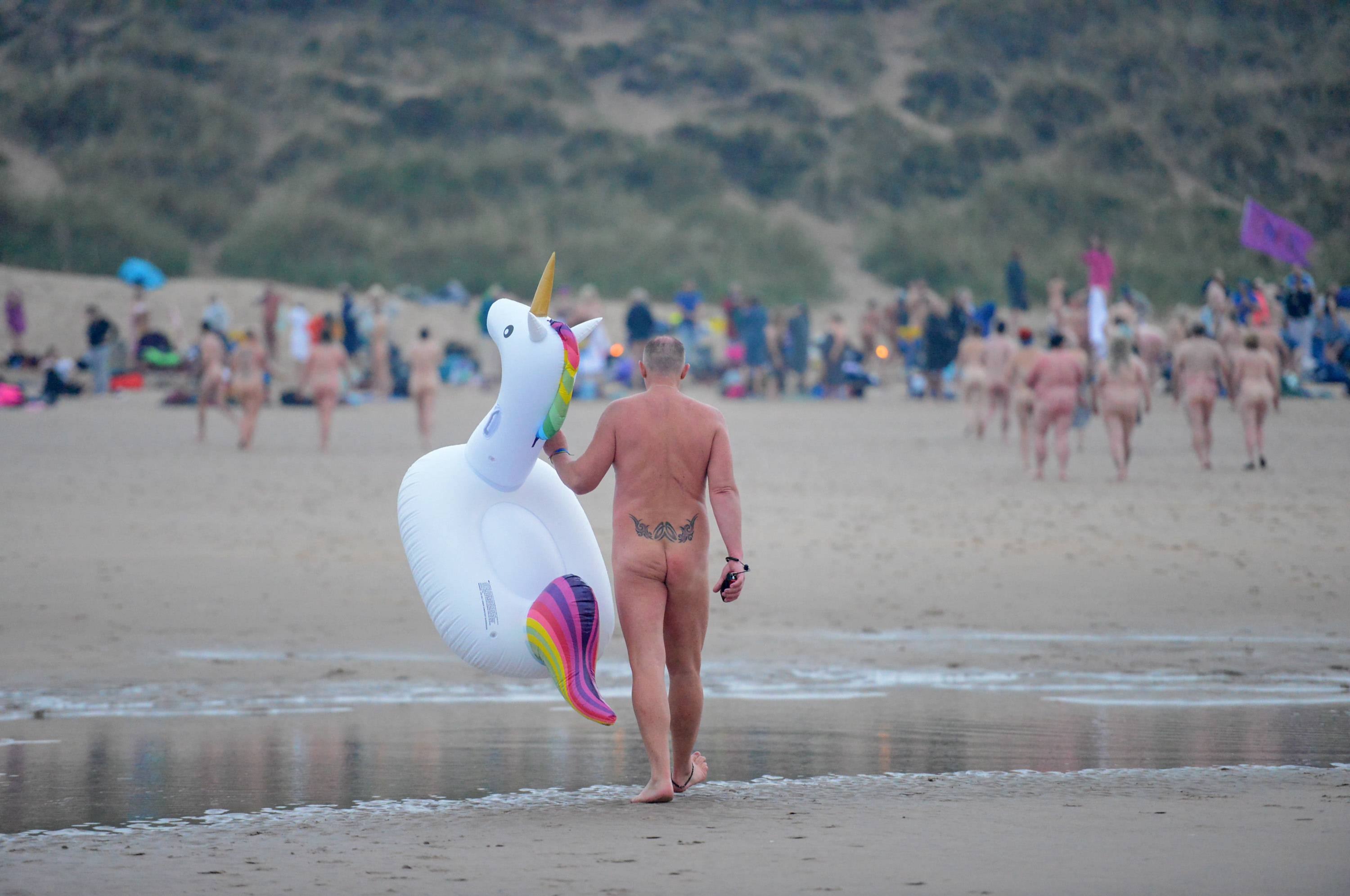 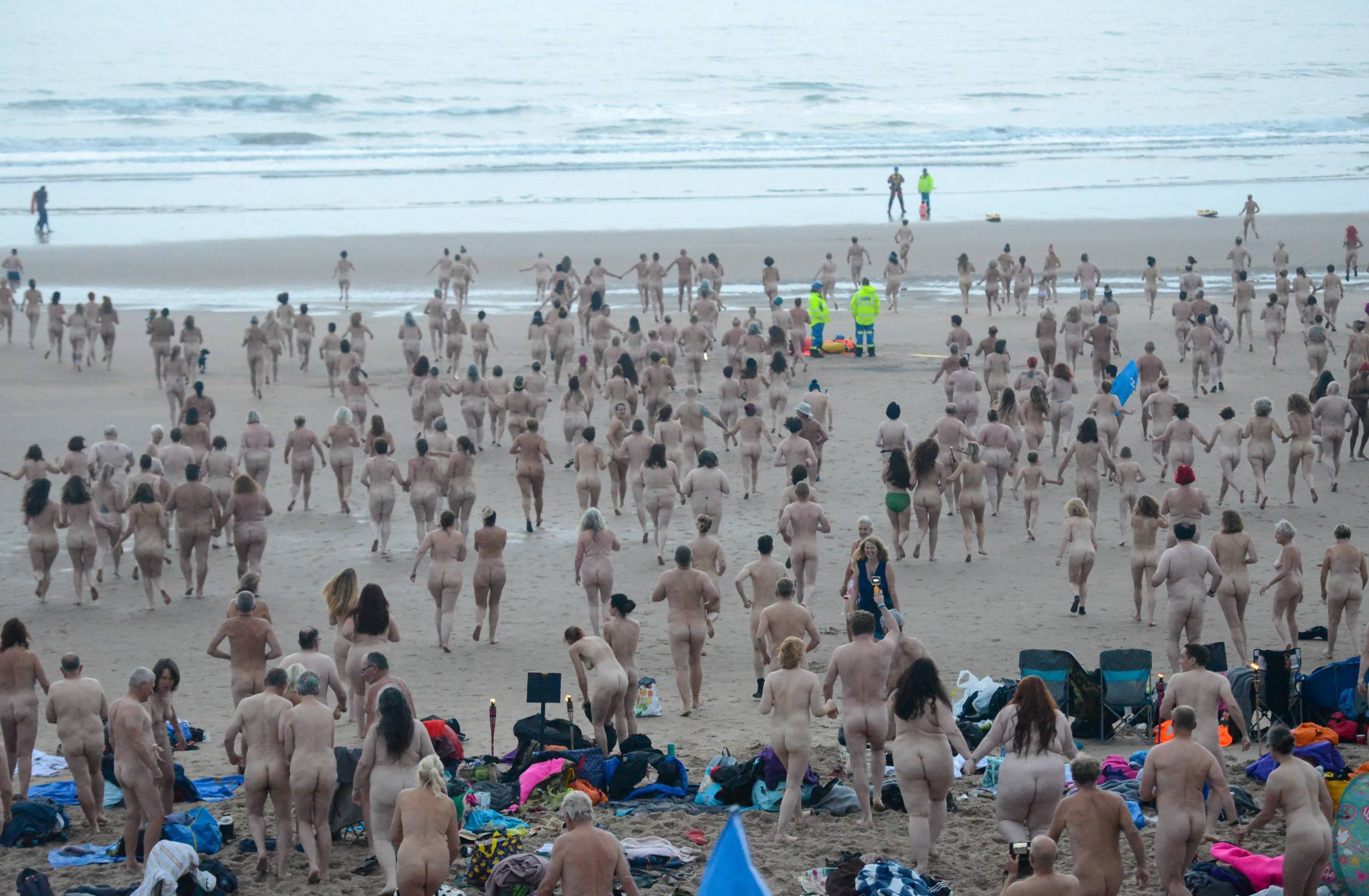