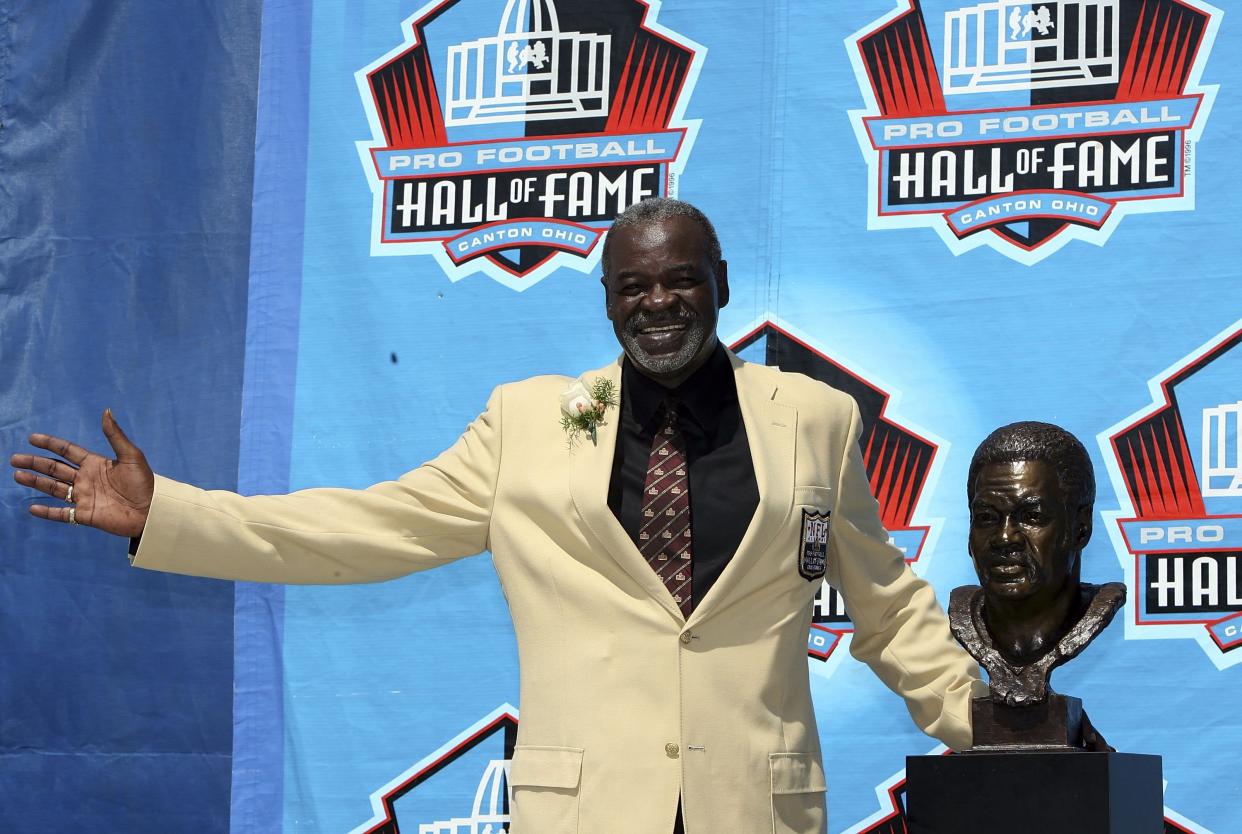 Wright had reportedly been hospitalized for several days after a severe seizure.

The Griffin, Georgia native was a major player in the Cowboys' rise to America's team, joining them as a seventh-round pick in the 1967 NFL draft. Before that, Wright had been more interested in a basketball career as a three-sport athlete at Fort Valley State, but a call from Cowboys executive Gil Brandt changed the course of his life.

Wright began his Cowboys career inauspiciously. He recalled in his Hall of Fame enshrinement speech fighting for a roster spot in training camp as one of 137 rookies invited, with only five making the team.

An injury to starting right tackle Ralph Neely opened up a starting spot for Wright in 1969, the third season of his career. A Canton-worthy career would follow, blocking for Roger Staubach on the way to two Super Bowl rings.

From the Hall of Fame:

“He was absolutely the best,” Staubach told the AP. “Rayfield was a big, strong guy that was able to transfer his size and strength from tight end to tackle. He also had such quick feet that he was able to deal with some of the faster defensive ends and even the linebacker blitzes. If he got beat, I don't remember it.”

For his efforts, Wright was named to six Pro Bowls, three first-team All-Pro selections and a spot on the NFL's 1970s All-Decade Team. He was enshrined in the Pro Football Hall of Fame in 2006. The Cowboys also had five seasons with a 1,000-yard rusher.

The Hall of Fame remembered Wright as a commanding presence on the field and a gentle one off it:

“Over the past few weeks, it has become abundantly clear the love that so many Hall of Famers and others around the NFL felt toward Rayfield, his wife, Di, and the extended Wright family,” Hall of Fame President Jim Porter said. “His gentle nature away from the game belied his commanding presence on the field. All fans, especially those of the Cowboys, will remember fondly his dominance on the offensive line in the 1970s and how he took protecting Dallas quarterbacks as his personal mission.

“We will guard his legacy in Canton with equal tenacity. The Hall of Fame Flag will fly at half-staff through Rayfield’s services next Friday as a tribute to the many lives he touched.”