A COVIDIOT attending a house party was busted by the police – but only after they caught his legs hanging from the ceiling.

Bizarre photos released from the raid showed one partygoer's strange attempt to evade the cops as North Yorkshire police pleaded with the public to follow lockdown rules. 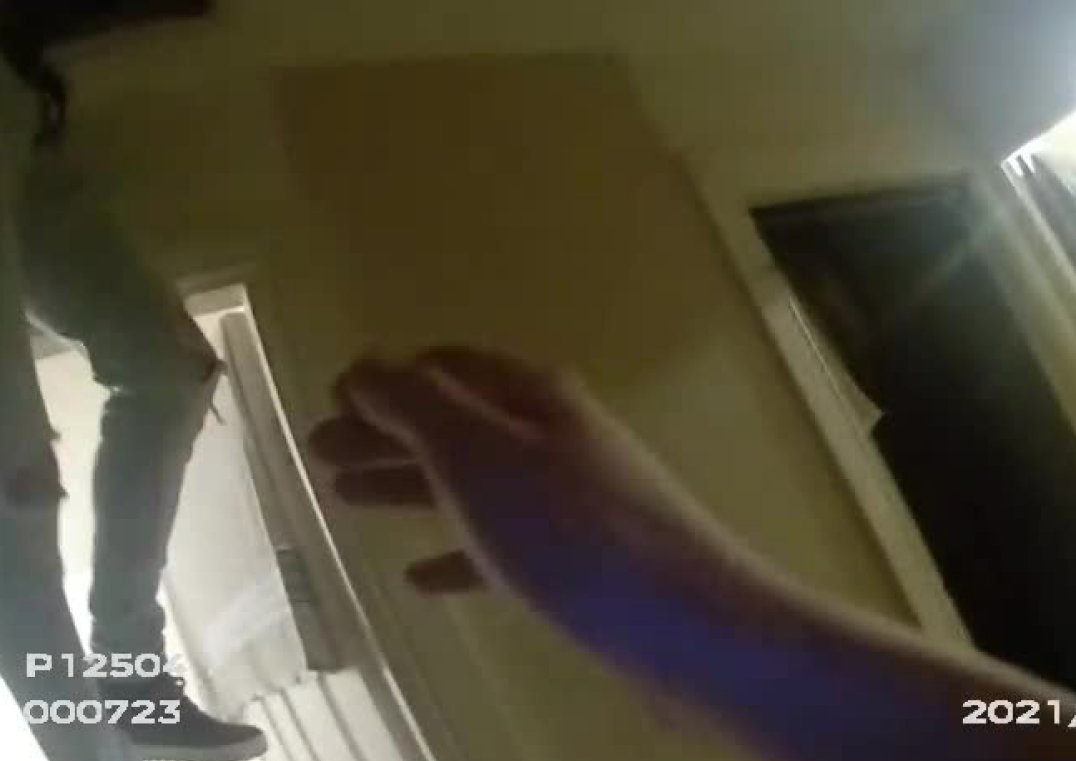 A man's legs dangle from above as the house party gets broken up, with the top half of his body hidden from view on the higher floor.

A spokesperson said: "An unusual incident was captured on police bodycam.

"After getting reports of a house party in progress, officers went to break it up and discovered one of the group hiding in the loft.

"The bodycam image shows his legs dangling from the ceiling hatch.

"We've pixilated faces for legal reasons, but we're having to break up several large house parties like these every single week. It's extremely concerning."

The latest raid comes after 19 people were hit with a fine after being caught at a large gathering in Scarborough, North Yorkshire.

Ten adults were also punished after being found at a children's party in York.

More than 1,000 people have died from Covid-19 in North Yorkshire. 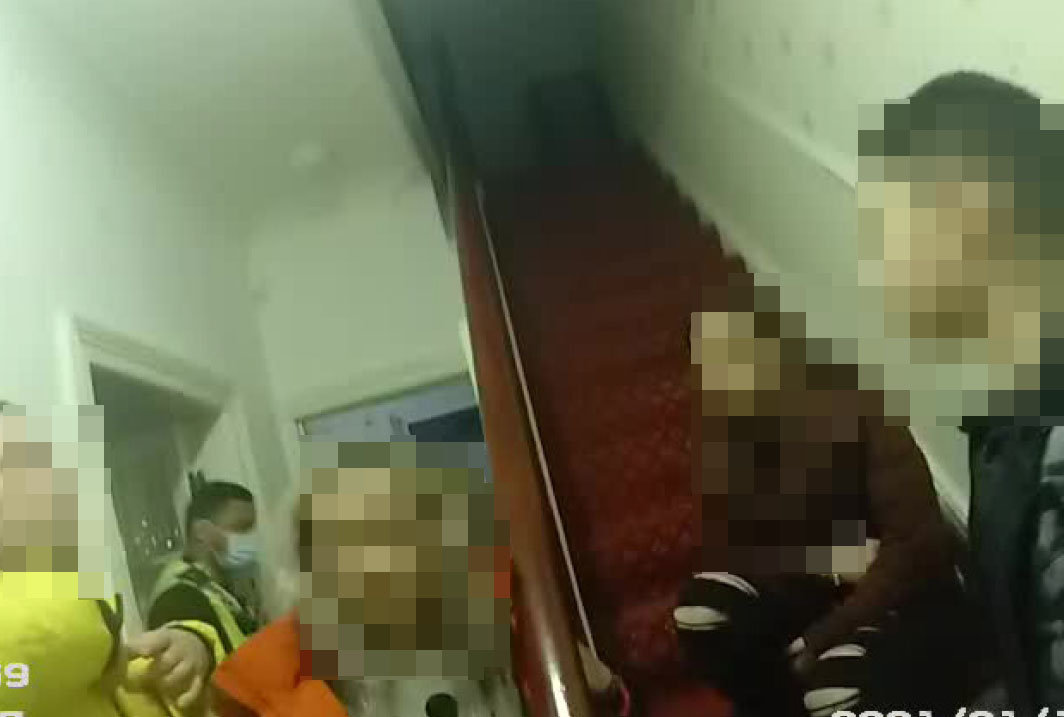 A North Yorks Police spokesperson added: "Alarmingly, we found 19 people at one in Scarborough recently. All were given fines.

"We know these incidents are infuriating for everyone who continues to follow the rules and may not have even seen loved ones for months.

"They put the health of entire communities at risk and certainly won't help us come out of lockdown any sooner.

"We're all looking forward to a good party when this is over. When we receive reports of any in the meantime, our officers won't wait for an invitation."

One furious woman on Facebook slammed the partygoers as 'selfish and irresponsible.'

She added: "I haven't gone anywhere other than the local shop since my work shut again in November because my priority is keeping my family safe so my daughter can still go school for her learning needs.

Current rules in England mean that anybody attending a house party with more than 15 people face £800 fines.

This will double for each repeat offence to a maximum of £6,400.

Fines of up to £10,000 can be handed to the organisers of illegal gatherings of more than 30 people.