A Melbourne cosmetic surgeon has settled a lawsuit filed by a former patient who was left disfigured and psychologically traumatised after he removed her labia and clitoral hood when she was 13 years old.

Dr Asarjahu Granot was served with a Supreme Court writ in June 2021 that accused him of several counts of negligence, including a claim the operation was inconsistent with the procedure consented to by the girl’s mother. 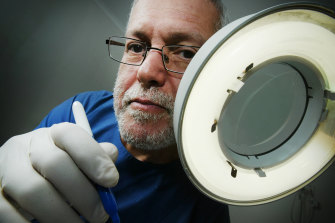 The writ also alleged: “defendant [Granot] left the operating theatre and approached the plaintiff’s mother showing her the labia and clitoral hood that he had removed from the plaintiff”.

Granot has avoided a civil court trial after a significant financial settlement was agreed to by the former patient and her lawyers last month. The payment is the subject of a non-disclosure agreement and will be covered by an insurance company, acting for Granot.

The civil case against Granot has renewed calls for tougher regulation of the nation’s booming cosmetic surgery industry, while also raising serious concerns about the suitability of such a procedure on a teenage girl.

The girl’s mother took her to see Granot because the teenager had concerns about the appearance of her vagina. They were advised by Granot that there was an abnormailty with her labia minor, which could be corrected by a surgical procedure known as labiaplasty.

His former patient, who is now aged 27 and studying to become a doctor, has told The Age that her body was irreparably damaged by the surgery at a Malvern East clinic in 2008. She said the financial settlement could never compensate her for the harm done.

“I don’t have proper anatomy any more,” she said. “I don’t have a labia minora and he’s made my clitoral hood into barely nothing, and it’s not functional. I can’t even have a proper relationship.”

The woman, who asked not to be identified, said the risks of the procedure were never conveyed to her by Granot.

“Children cannot understand how a surgery like this will affect them. Even if it was properly explained there’s no way they can comprehend it,” she said.

In 2019, the woman made a complaint to the Australian Health Practitioner Regulation Agency, which cleared Granot of any wrongdoing in 2020.

The 72-year-old cosmetic surgeon continues to practice from the same Malvern East clinic, which spruiks his 35 years of experience and extensive training on its website.

According to a statement of defence filed by his lawyers in August last year, Granot denied he had acted negligently and claimed the operation had been performed to fix a physical abnormality. He also denied removing the girl’s clitoral hood.

“He [Granot] acted in a manner that [at the time the service was provided] was widely accepted in Australia by a significant number of respected practitioners in the field as competent professional practice in the circumstances,” according to the statement of defence.

However, Mark Ashton, professor of surgery and anatomy at the University of Melbourne, said the procedure known as a labiaplasty should never have been performed on a 13-year-old.

“How can any doctor believe this is reasonable and how can any regulator consider this to be acceptable surgical practice?” he said. 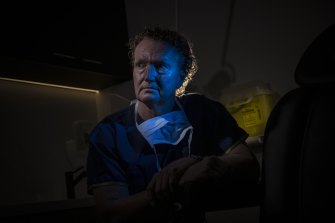 Mark Ashton says he has performed corrective procedures on more than 25 patients previously operated on by Asarjahu Granot.Credit:Chris Hopkins

Ashton said he had been required to perform corrective procedures on more than 25 patients, who had previously been operated on by Granot.

“I see an endless stream of patients who are continually maimed by this small group of medical practitioners with basic or inadequate surgical training, and it’s the regulator that should be on to them, but they appear to be asleep at the wheel,” said Ashton, a former president of the Australian Society of Plastic Surgeons.

A spokeswoman for the Australian Health Practitioner Regulation Agency declined to comment on its investigation of the labiaplasty by Granot in 2008.

An AHPRA spokeswoman said the cosmetic surgery industry was currently the subject of a review due to be completed next month.

“The review is looking at regulation of this rapidly growing industry and whether improvements are needed to improve patient safety,” she said.

Granotwas reprimanded by AHPRA in 2015 after he confirmed in an article published in The Sydney Morning Herald that he had conducted liposuction on three of his daughters, one of whom was then aged 17.

“When I look at my daughters, I scrutinise them, too, and have carried out liposuction on three of them. Other parents avail their children of their area of expertise. My area is cosmetic surgery, so why shouldn’t I do the same?” Granot said.

AHPRA accused the surgeon of breaking “some fundamental tenets of good medical practice”, but took no further action.

“Dr Granot is reprimanded for treating members of his family with liposuction surgery in circumstances which were not urgent or medically necessary and where one of the patients was underage,” AHPRA said in a statement in 2015.