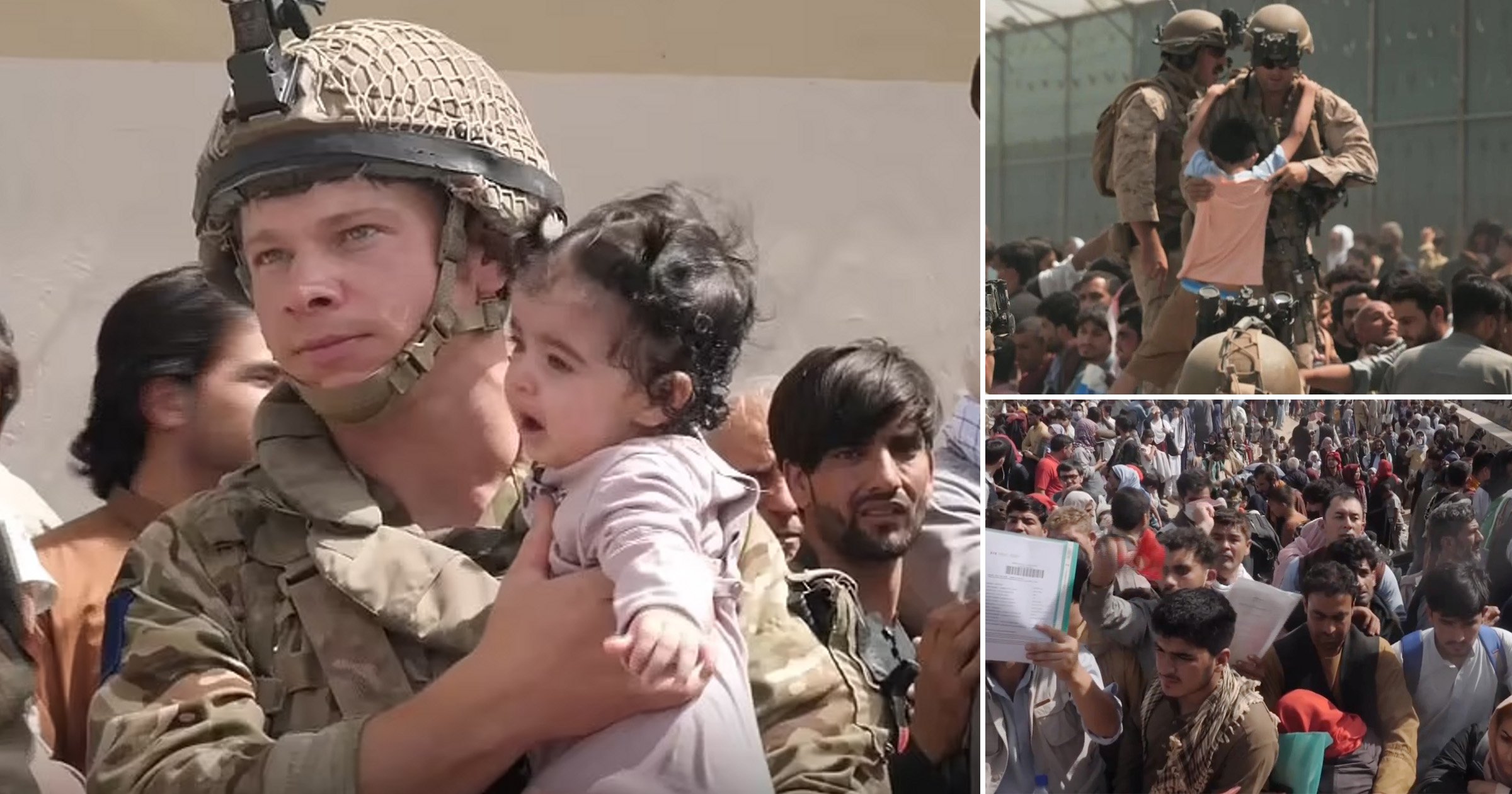 A British paratrooper seen cradling a baby amid the chaos at Kabul airport has said the iconic image shows what soldiers are doing ‘on a daily basis’ to help families flee the Taliban.

The corporal in the Parachute Regiment said the emotional scene ‘sums up what the guys are doing’ to assist thousands in escaping Afghanistan — amid fears the airport could become a target for bombings by the militants.

He was filmed by Sky News holding the baby last week and the image was beamed around the world.

The unnamed soldier told the broadcaster yesterday: ‘The baby got passed over, to the side over the razor wire — first came the baby and then came the mum and the pram, but she was on her own. The baby was clearly distressed.’

He hoped the pair, believed to be French, were safe, adding: ‘This is a challenging environment.’ His commanding officer added: ‘That picture sums up what this deployment has been like.’

So far, 5,725 people — 3,100 of them being Afghans and their families — have now been repatriated by British staff since the Taliban regained control of the country, nearly 20 years after being toppled by the US- and UK-led invasion following the 9/11 attacks in America.

It followed US president Joe Biden’s decision to withdraw all remaining US forces by the end of August.

Some 1,000 British troops are supporting the evacuation mission, codenamed Operation Pitting. They include Paras from the 16 Air Assault Brigade who are more used to combat roles.

His colleague Maj Rob Scharick told Sky News: ‘I think as a brigade we’ve done the best we possibly can do.’

Sir Laurie Bristow, the UK’s ambassador in Afghanistan, has been processing evacuation applications from an emergency consul office at the airport.

He said the mission to get British nationals, as well as Afghan colleagues and embassy staff, out of the country was ‘gathering pace’.

‘But there is still a huge amount of work to do.’

However, former chief of the defence staff Lord Richards warned the troops on the ground were in ‘a very precarious situation’. He said: ‘This is the worst possible scenario, when you are unable to clear a space between the airhead and your possible threat.

‘With the Taliban’s consent, it could go on really for as long as they wish but the threat now of an attack from Isis looms, and that would change the calculation altogether. We really are in hock to the Taliban.’