CORONAVIRUS was likely to have been "much more widespread" than previously thought – meaning more people have already had the bug.

A new study shows that 60 per cent of NHS staff at two maternity units in London tested positive for antibodies, despite not showing any symptoms. 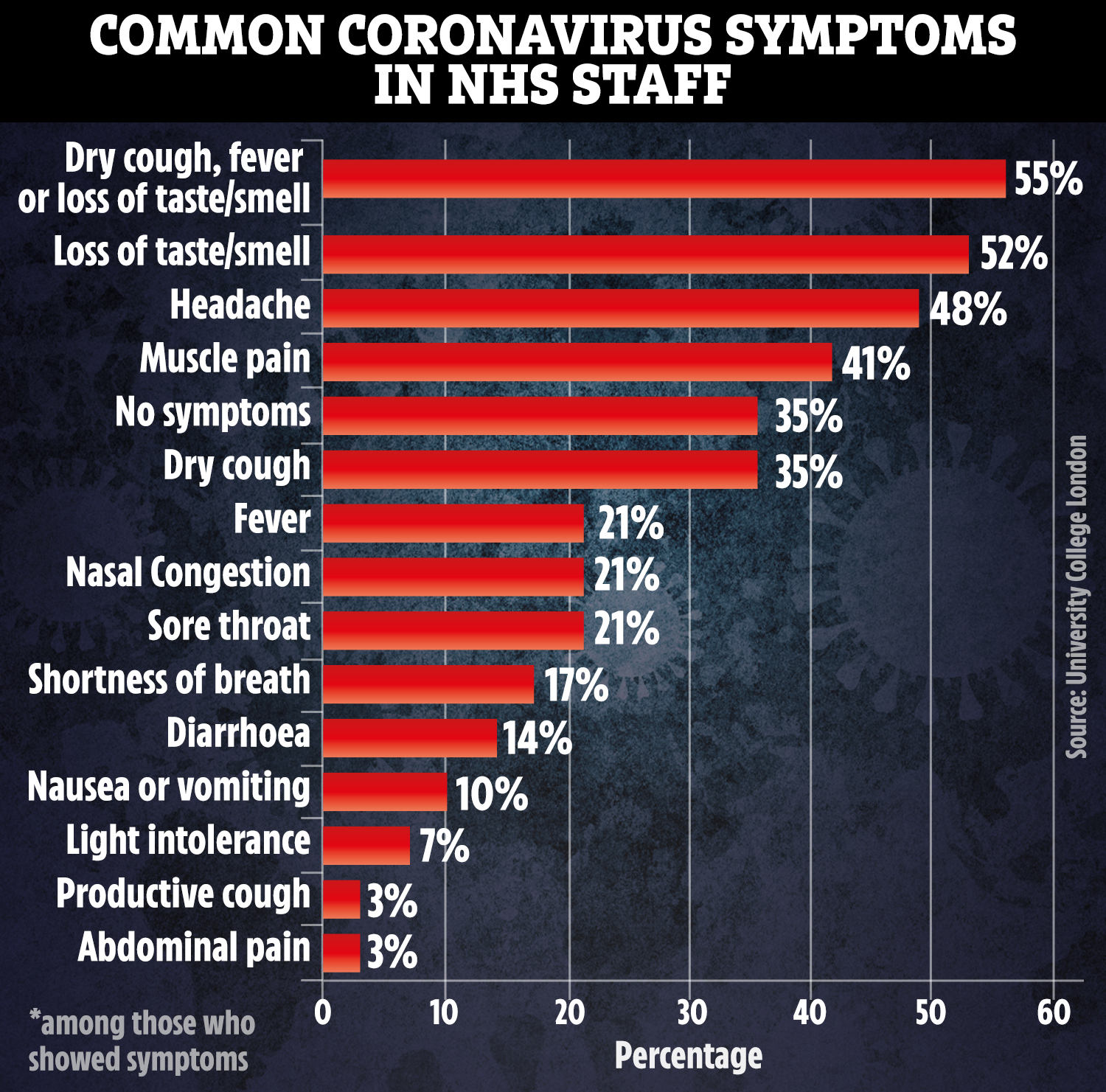 Those staff were unaware they ever had Covid-19 and as a result never self-isolated. It means many continued to work in their hospitals as normal while carrying the infection.

Experts have said that it's "obvious" that these workers would have further spread the virus to co-workers and patients.

Prof Sebastian Johnston, from Imperial College London, said the implication of this study is that any second wave is likely to be "much smaller" than estimates suggest, given more of the population have already been exposed to the virus.

The study, published in Anaesthesia, also found that one in six maternity workers have had Covid-19, while one in three were asymptomatic – meaning they had no indication that they were carrying the virus.

Covid-19 is thought to cause milder illness in pregnancy and the aim of the study was to investigate how many health professionals in this sector had been unknowingly infected.

Staff at University College London Hospital and St George's Hospital in London were given the Abbott antibody test, one of two approved by the UK Government.

Scientists took samples from 40 anaesthetists, 108 midwives, 52 obstetricians all of whom had no previous confirmed diagnoses of Covid-19.

Symptom and medical histories were also collected and this revealed that 55 per cent had suffered with key Covid symptoms of a fever, dry cough and loss of taste or smell.

Professor Sebastian Johnston, Professor of Respiratory Medicine & Allergy, Imperial College London said that it is likely that an even greater proportion of cases with false negative antibody tests would have been asymptomatic.

Commenting on the findings of the study, which he was not involved in, he said: "These data are consistent with other reports, such as the REACH2 data reporting that 70 per cent of swab positive cases reported no symptoms in the week preceding their positive swab.

"This indicates that SARS-CoV-2 infection is likely to have been very much more widespread than currently estimated.

"The implication is that any second wave that may occur in the UK, is likely to be very much smaller than current estimates suggest."

The authors of the report said that the positivity rate was more than twice as prominent in UK obstetric health care workers compared to the general population in the UK. 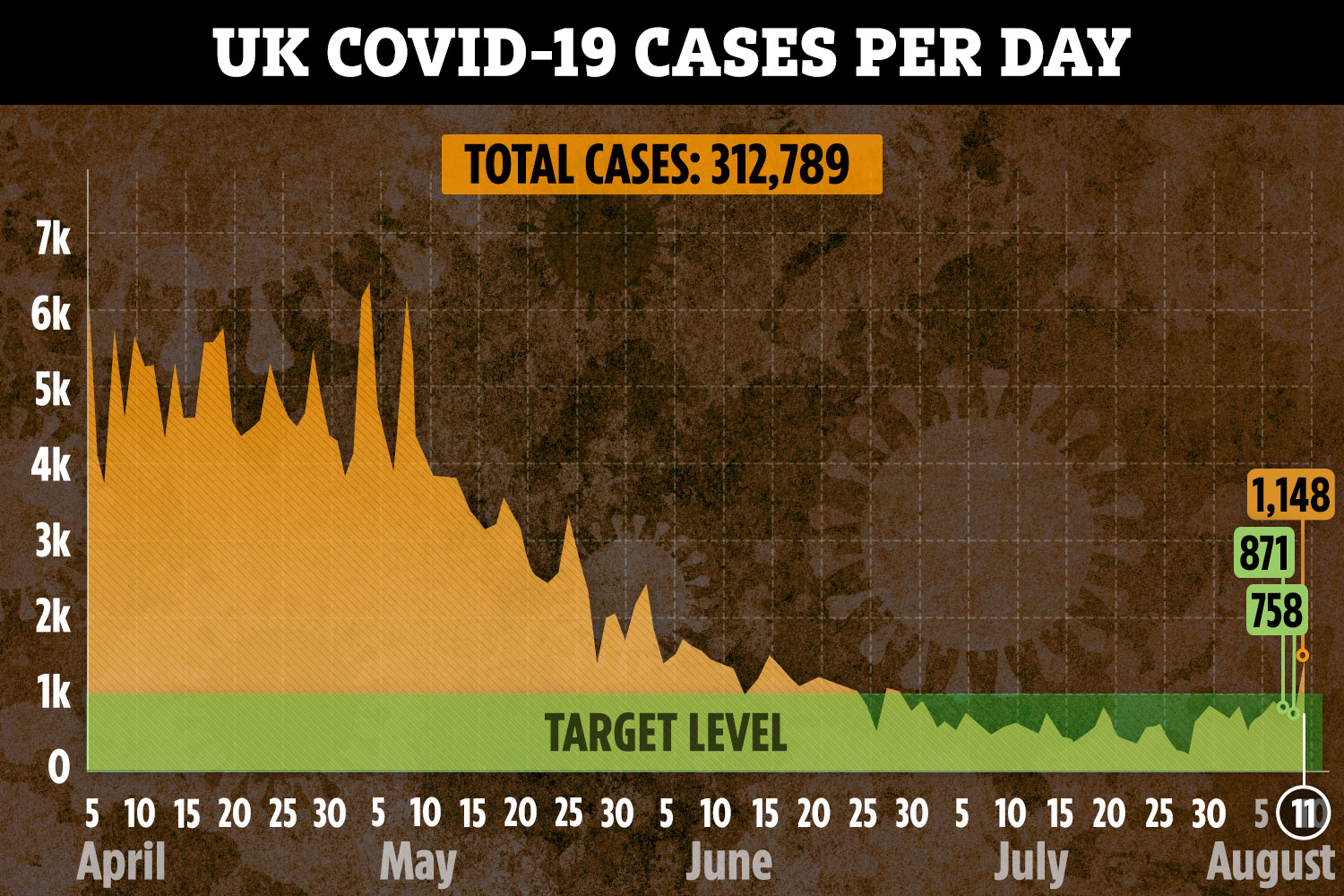 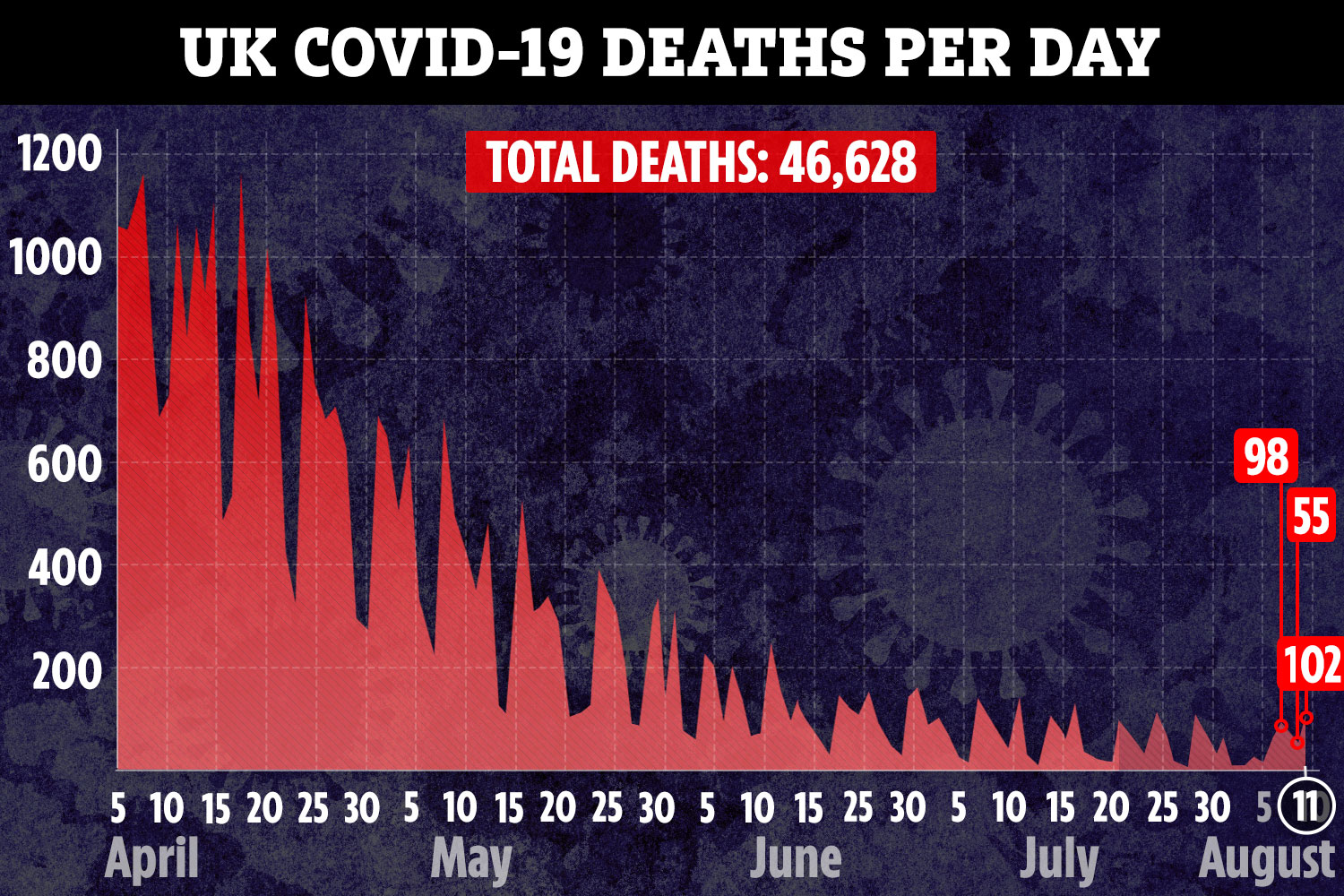 They also found that it was three times as prevalent as in the general population in the USA.

They did however highlight that the level of infection among workers was similar to that of the population of London.

The authors added that extreme caution is still needed in maternity settings, particularly when it comes to the use of PPE and other hygiene measures.

"We also recommend that all obstetric healthcare institutions should consider regular serology testing for staff, as well as the immediate isolation of any staff who lose their sense of taste and smell, even in the absence of cough or fever.

"Regular testing and consistent use of PPE are likely to be the cornerstones of pandemic control."

Most read in Health News

Other experts highlighted that the study shows that many health workers and members of the public have had the virus without knowing.

Prof Keith Neal, Emeritus Professor of the Epidemiology of Infectious Diseases, University of Nottingham said the regular testing of health workers is warranted.

"Interestingly the rate of positive tests for Covid-19 antibodies in front line workers is similar to the local blood donor population suggests that transmission may not have always occurred as a result of front line working.

“Asymptomatic health care workers with Covid-19 pose a risk of spreading the virus depending on the PPE in use. We know many cases were acquired in hospital", he added.