BRAZIL'S coronavirus transmission rate is now the highest in the world as the virus rips through slums and fills up mass graves.

While its president, Jair Bolsonaro, is dismissive of the risk posed by Covid-19, his nation has already become Latin America's virus epicenter with more than 6000 death — and the number of cases is continuing to rocket. 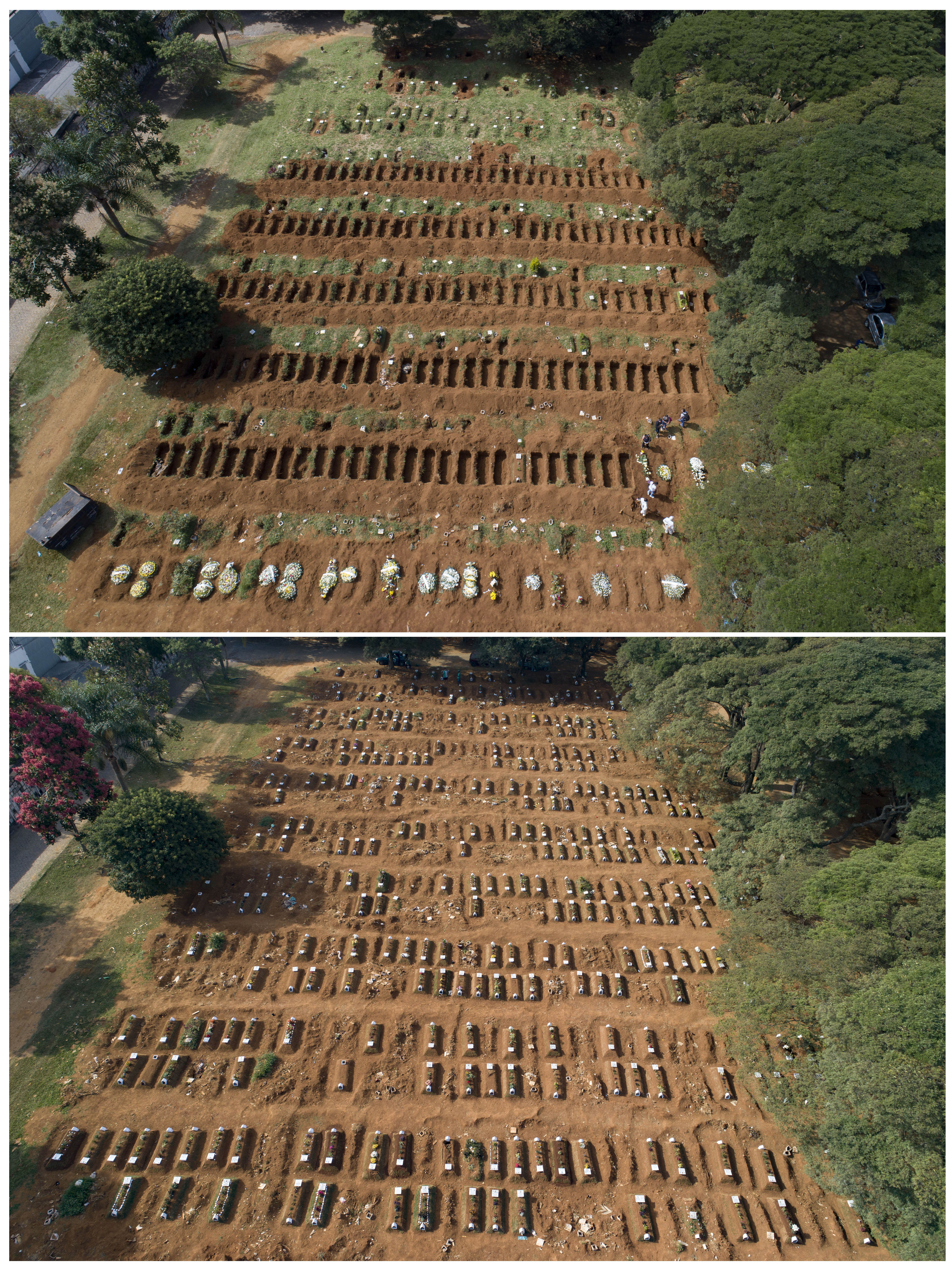 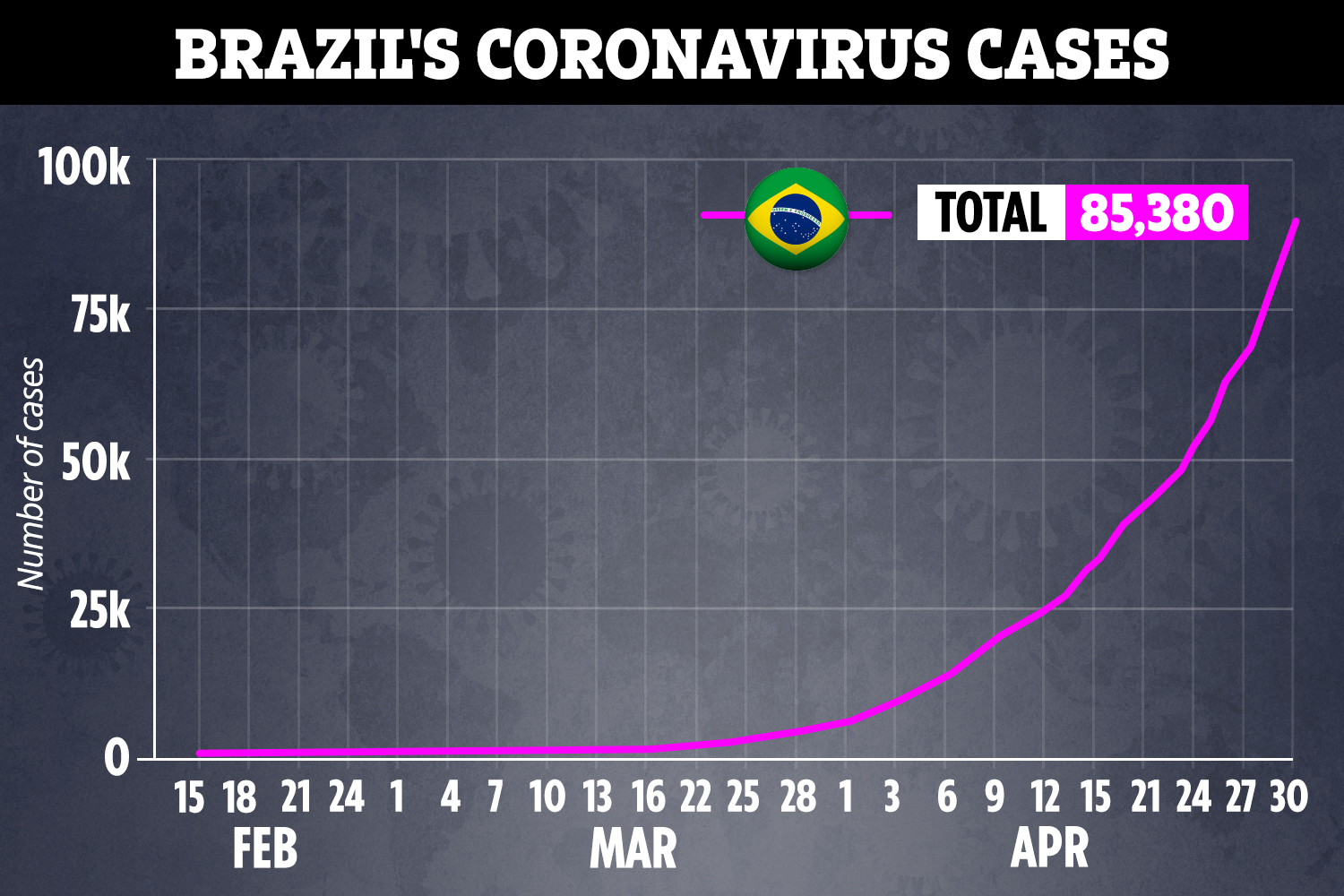 Bolsonaro has been a fierce critic of stay-at-home measures, arguing that the economic harm could be more damaging than the illness.

He once called the virus "a little flu" and was even photographed coughing at an anti-lockdown rally before claiming he would "feel nothing" if he caught Covid-19.

A hospital doctor told Reuters the death toll was higher than the official figures because many impoverished victims are not included in statistics.

And researchers at Imperial College London estimate Brazil's transmission rate this week will have been the highest in the world.

The way things are going many scientists point to Latin America's largest country as the next deadly hotspot for COVID-19.

Brought into the country by Brazil’s elite holidaying in Europe, coronavirus is now ravaging the country's poor.

It has been ripping through tightly-packed neighborhoods where the disease is harder to control.

Public health data analysed by Reuters for the cities of Sao Paulo, Rio de Janeiro and Fortaleza show a shift in recent weeks from the wealthy boroughs that seeded the outbreak to the gritty urban outskirts.

Many favelas, as the labyrinths of cinder block homes that constitute the poorest neighbourhoods are known, suffer from a lack of running water, septic systems and healthcare facilities. 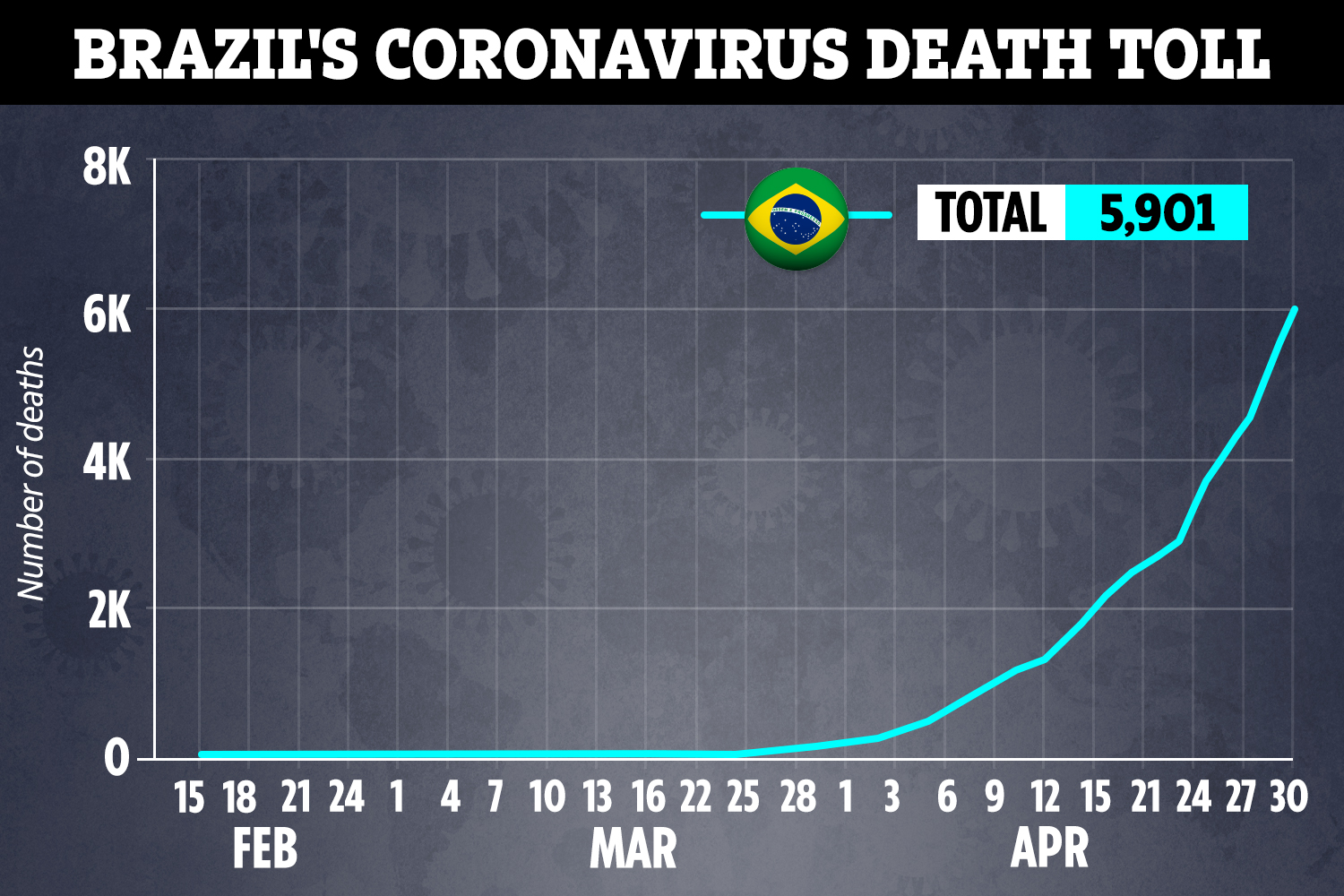 Perhaps more challenging still, the state is weak in the favelas, with drug gangs often the de facto authority 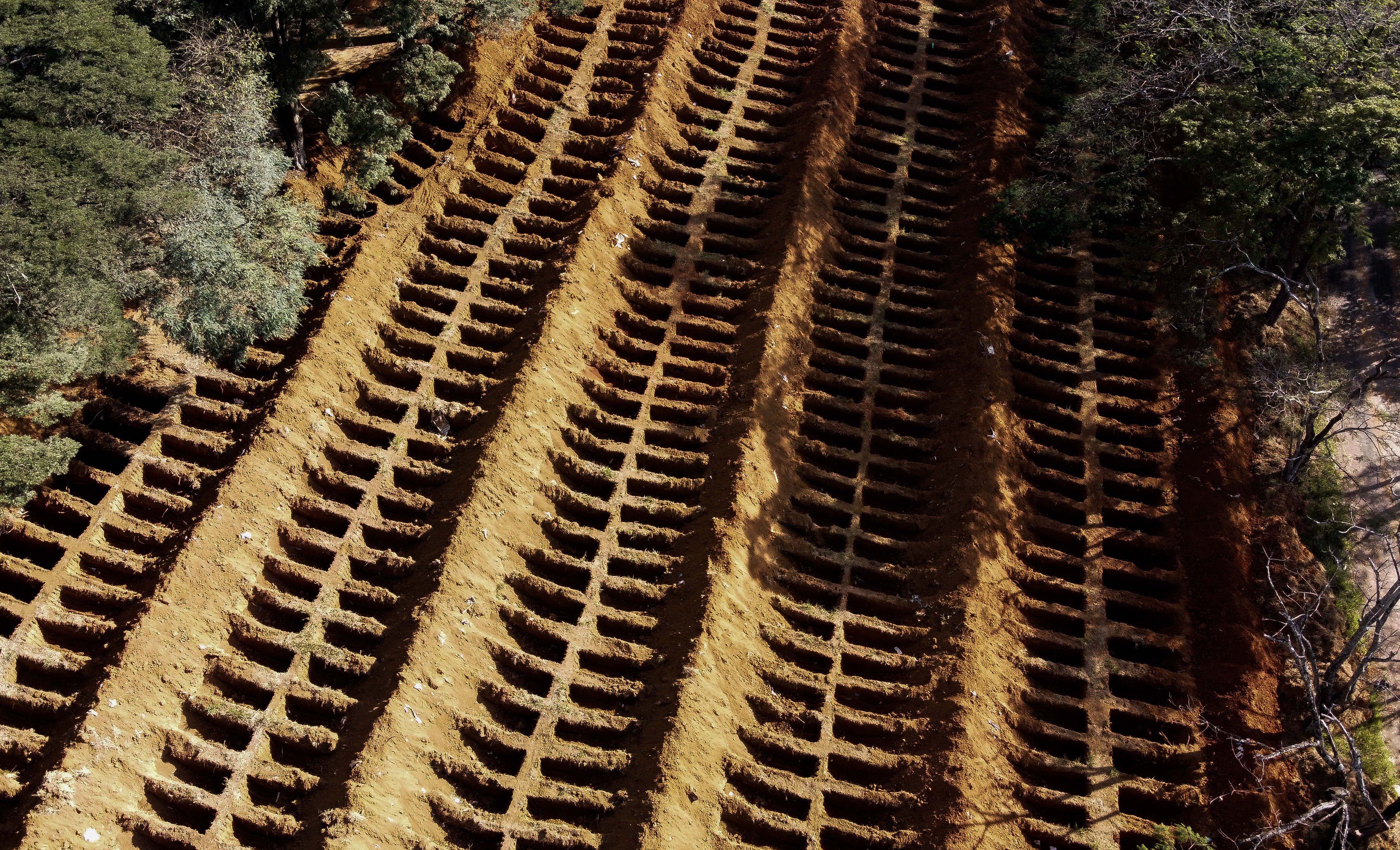 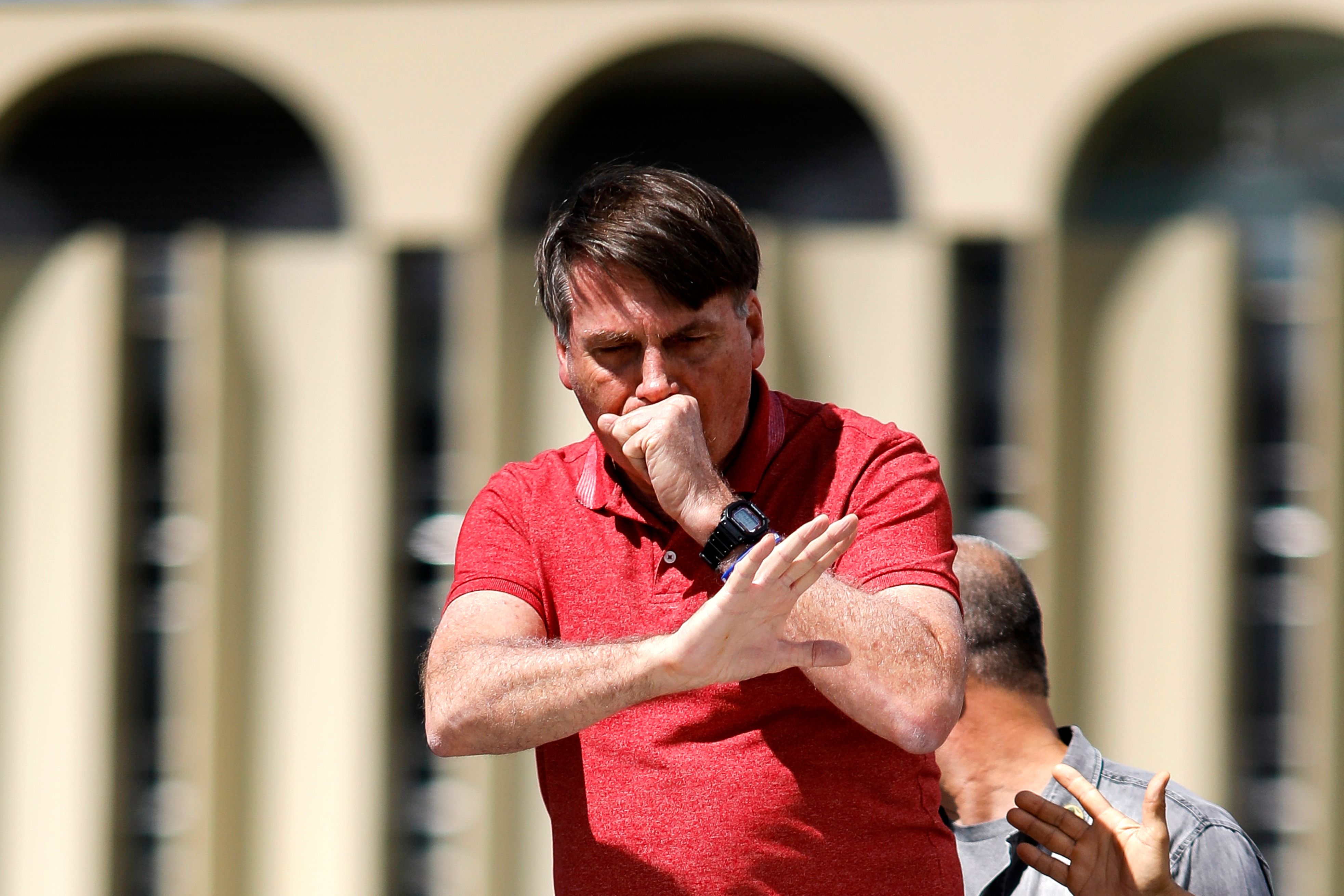 That would make lockdown measures difficult to enforce — even if they had the support of the country's deeply skeptical leader.

"For those that haven't been through it, it's like the disease doesn't exist," said Paulo dos Santos, 43, who lost his father to the virus in Brasilandia.

Despite the rising death toll, calls are growing for lockdown measures to be relaxed. But Bolsonaro has pushed to restart the economy, describing shelter-in-place policies as a "poison" that could kill more via unemployment and hunger than the virus.

And in poor neighborhoods, where hunger is an acute threat, few are adhering to existing quarantine measures.

William de Oliveira, a community leader in Rio's poor hillside neighborhood of Rocinha, can rattle off the names of several friends killed by the virus.

Yet it was clear on Wednesday that life continued more or less as usual, with shops and bars bustling, which he lamented.

"We can reverse economic problems," Oliveira said, "but we can't reverse deaths."

The number of cases in poorer areas is probably far higher than reported, due to a lack of testing, said Keny Colares, an epidemiologist at Fortaleza's Sao Jose hospital. 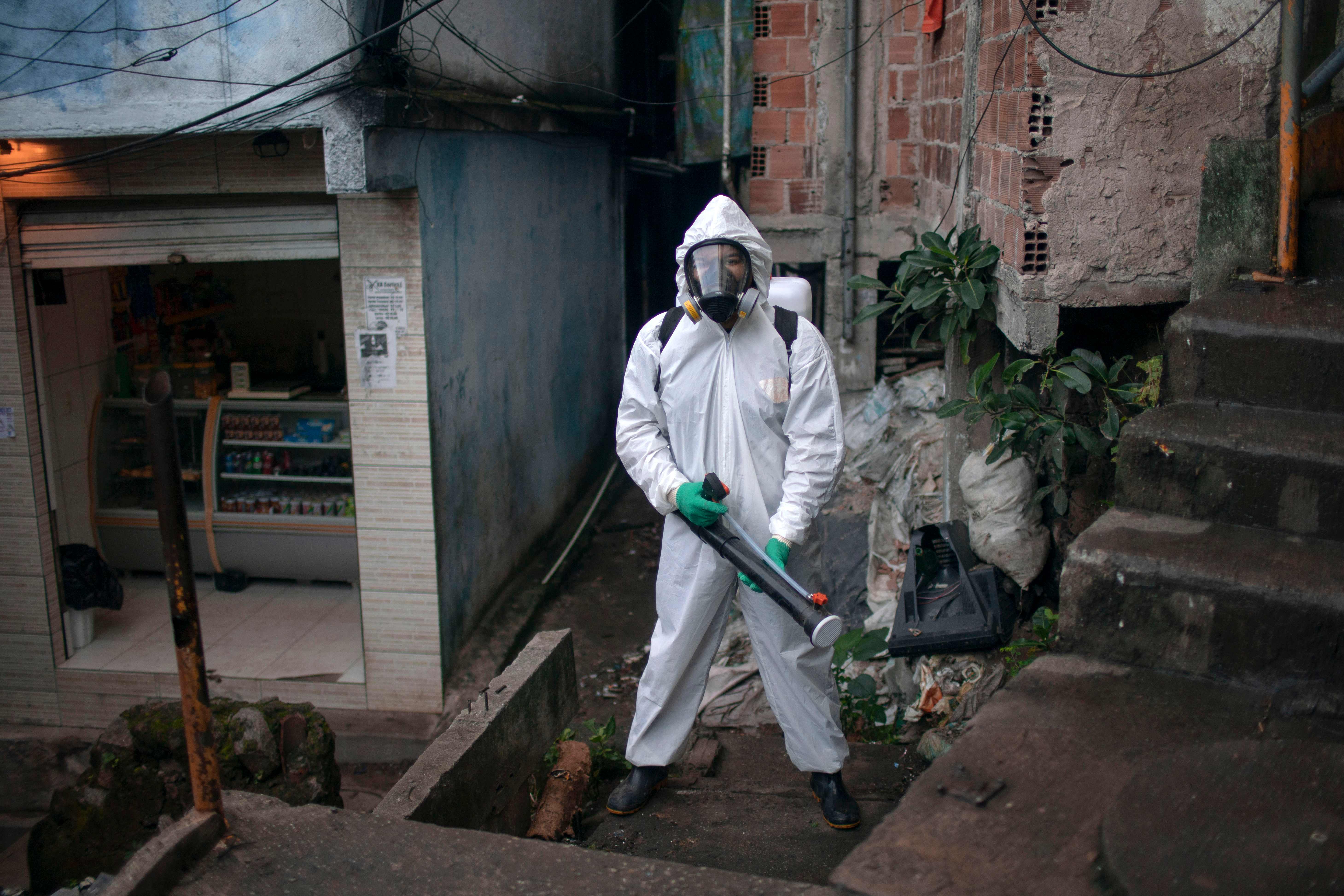 Some low-income patients, he said, were showing up at hospitals days after they should have sought medical attention.

Poor Brazilians are also more likely to die if infected, due to higher levels of pre-existing conditions and less access to healthcare.

Hugo Simon, head of the adult intensive care unit at Campo Grande's Rocha Faria City Hospital, said the public health service was at its limit. His hospital has had to start treating COVID-19 cases because there is no longer space at hospitals originally designated to deal with those patients.

"This really started in Rio's Southern Zone, and has come to my area after," Simon said, referring to the city's wealthiest area. "We're heading towards maximum capacity."

The protests took place a day after Bolsonaro fired his health minister, who had been promoting isolation measures.

In Brasilia, Bolsonaro reiterated his intention to start reopening the economy. 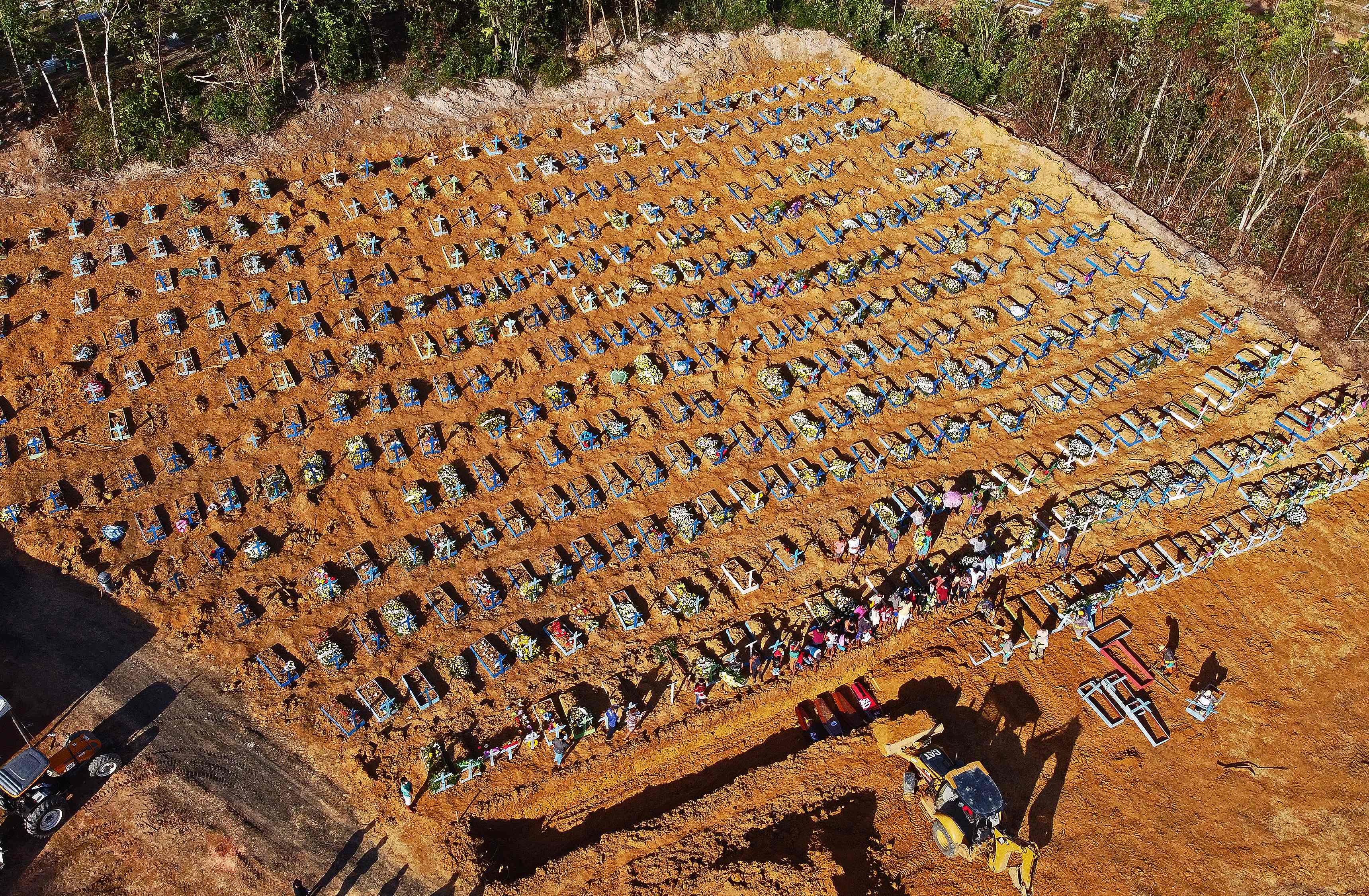