THE coronavirus could kill up to 3.3million people in Africa if it becomes the epicentre of the outbreak, the UN has warned.

The continent has seen only 20,000 cases and 1,000 deaths so far, but those figures are expected to rise over the coming months.

⚠️Read our coronavirus live blog for the latest news & updates 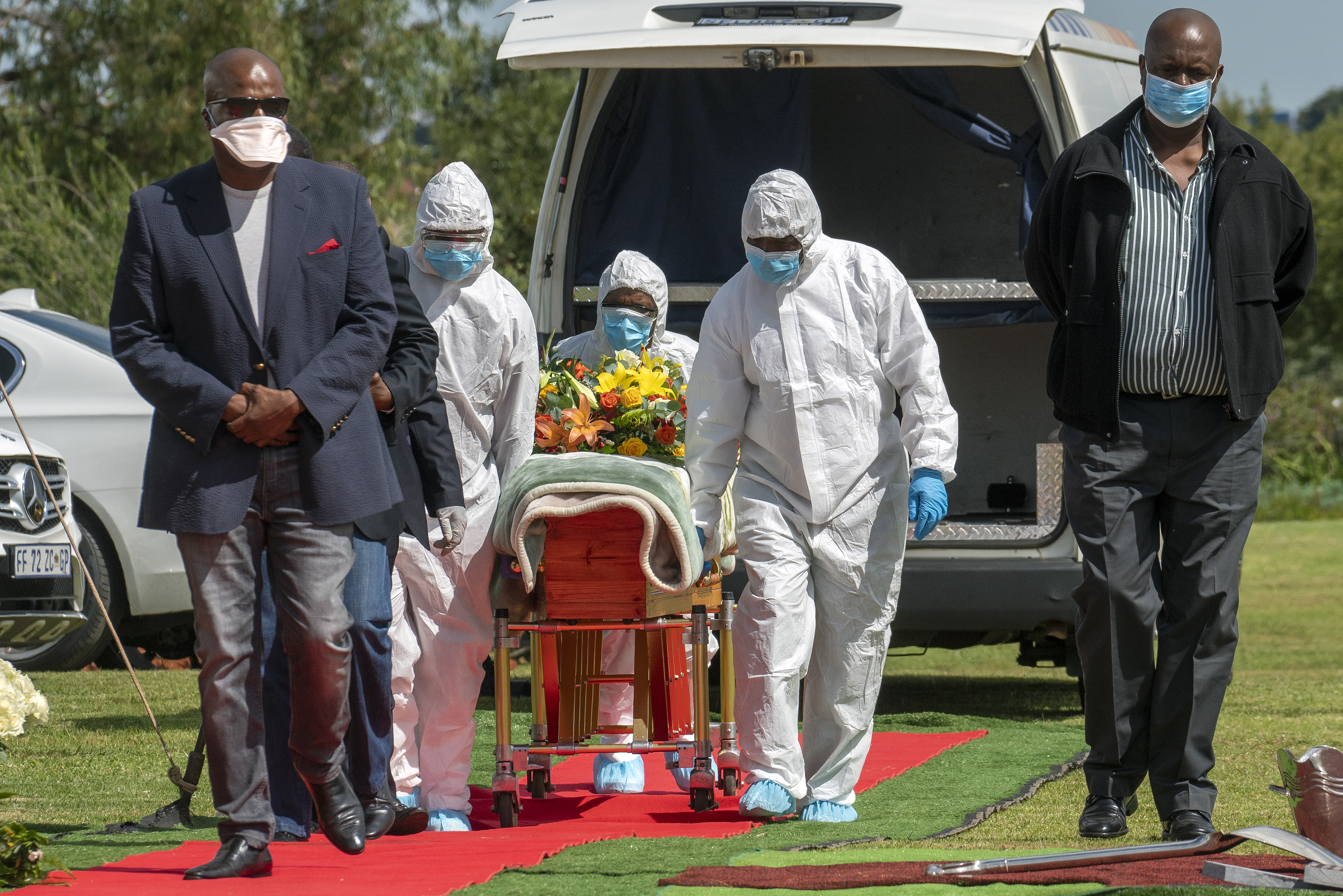 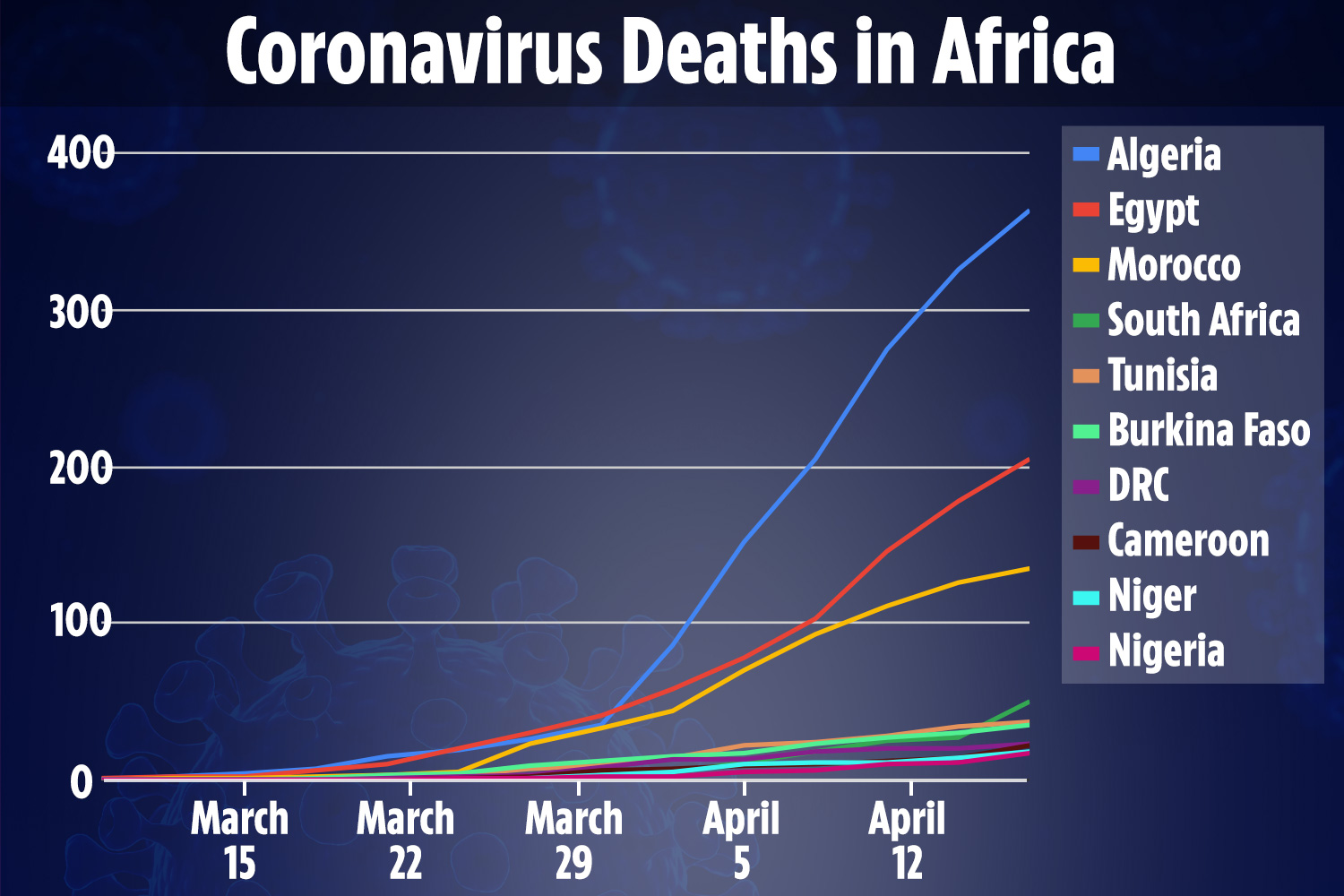 A report by the United Nations Economic Commission for Africa has said that if stricter protective measures are not introduced, the virus could spread to almost all of Africa's 1.2billion people.

Concerns have been raised about the ability of the health systems of many countries across Africa to handle a significant surge of new patients.

The continent as a whole has an estimated five ICU beds for every million people, compared to an average in Europe, where many health systems have been overwhelmed by the pandemic, of 115.

The report said deaths in Africa could number anywhere between 300,000 and 3.3million people.

It also called for the setting up of a $100billion safety net fund to mitigate the social and economic impact of the pandemic.

"We estimate that between five million and 29 million people will be pushed below the extreme poverty line of $1.90 per day owing to the impact of Covid-19," the report said.

The Bill & Melinda Gates Foundation has this month announced an extra $150million of funding to help speed the development of treatments, vaccines, and public health measures to tackle the coronavirus pandemic.

Melinda Gates said: “We really as a global community need to address what is now just beginning in African and South Asian countries.

"We see a huge need, and that’s why we have more than doubled our commitment."

'CALM BEFORE THE STORM'

The UN report said that if much more intensive social distancing measures are introduced now, the total number of people infected could fall to 122million.

Much of Africa has already imposed some preventative measures, ranging from social distancing guidelines for people in public to full lockdowns.

But the country’s health minister Zweli Mkhize warned against complacency.

“What we may currently be experiencing is the calm before a heavy and devastating storm,” she said.

Last week, the World Health Organisation said that some African countries could see a peak in coronavirus cases in the coming weeks, and that testing should be urgently expanded.

"During the last four days, we can see that the numbers have already doubled," said Michel Yao, the organisations' Africa programme manager for emergency response. 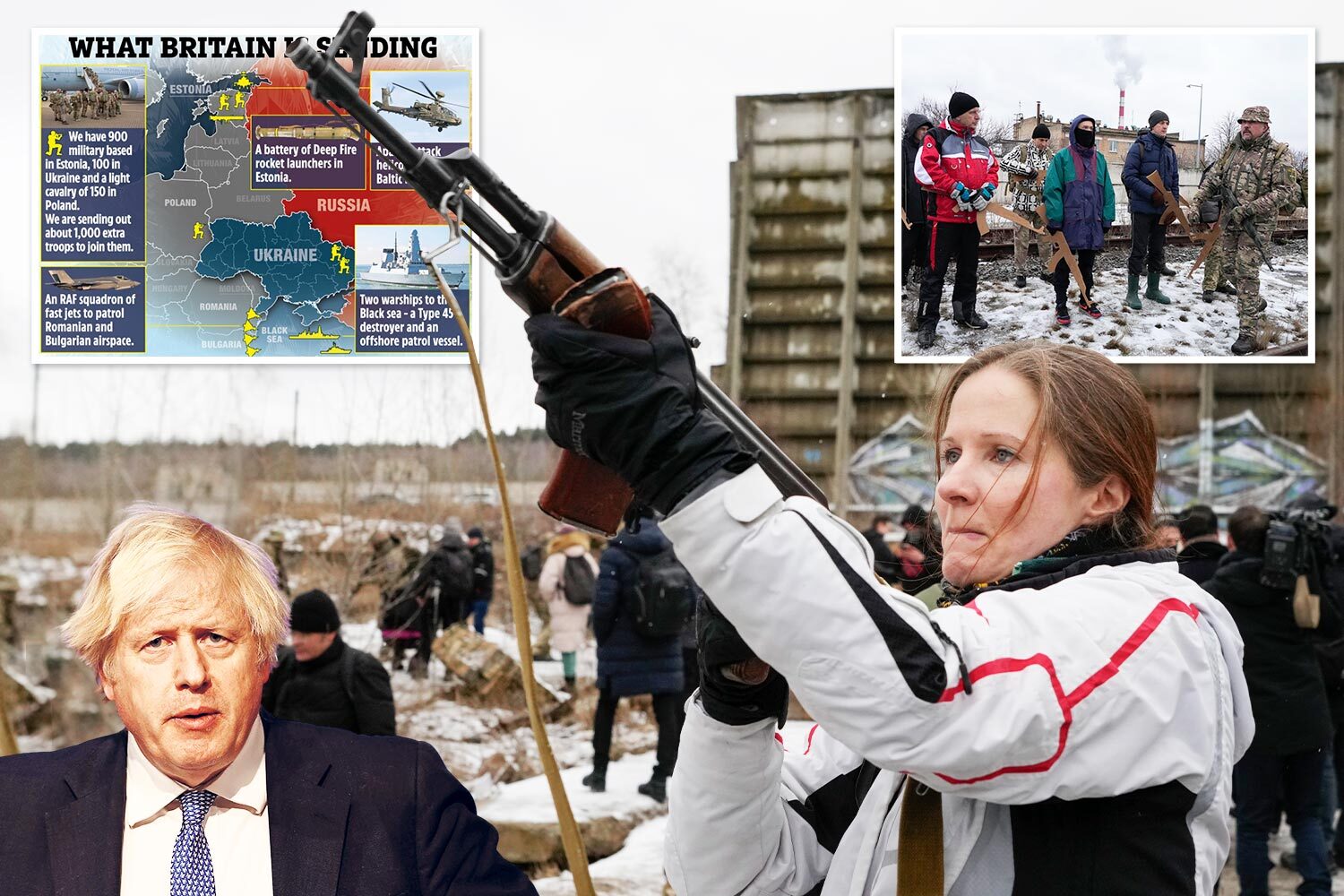 Andrew 'besotted' with glam Kazakh huntress who 'introduced him to Gaddafi' 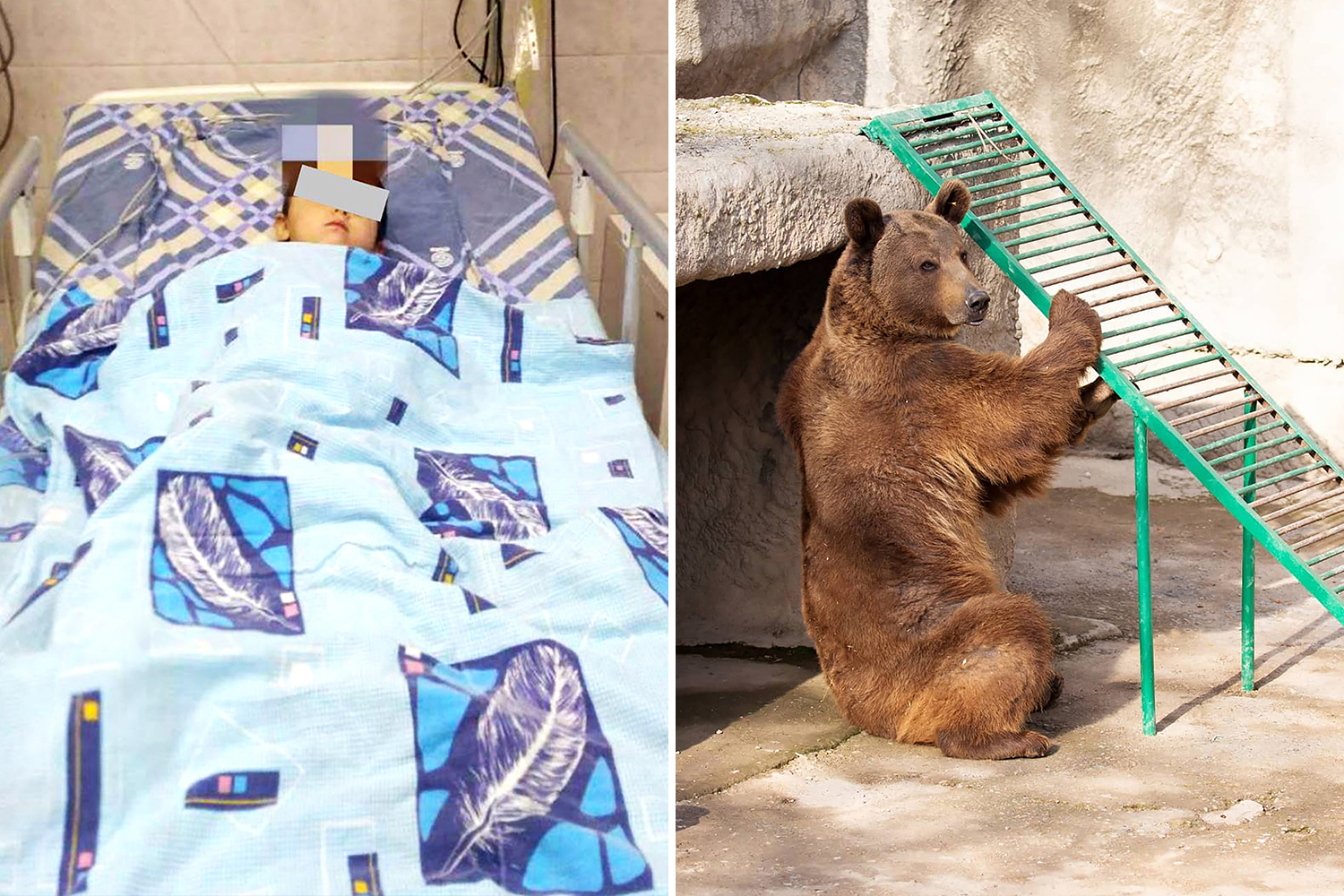 Mum 'tries to kill' toddler, 3, by 'throwing' her into a bear's den at zoo

"If the trend continues, and also learning from what happened in China and in Europe, some countries may face a huge peak very soon."

The coronavirus has infected more than 2.2million people and killed at least 154,000 globally since breaking out in December. 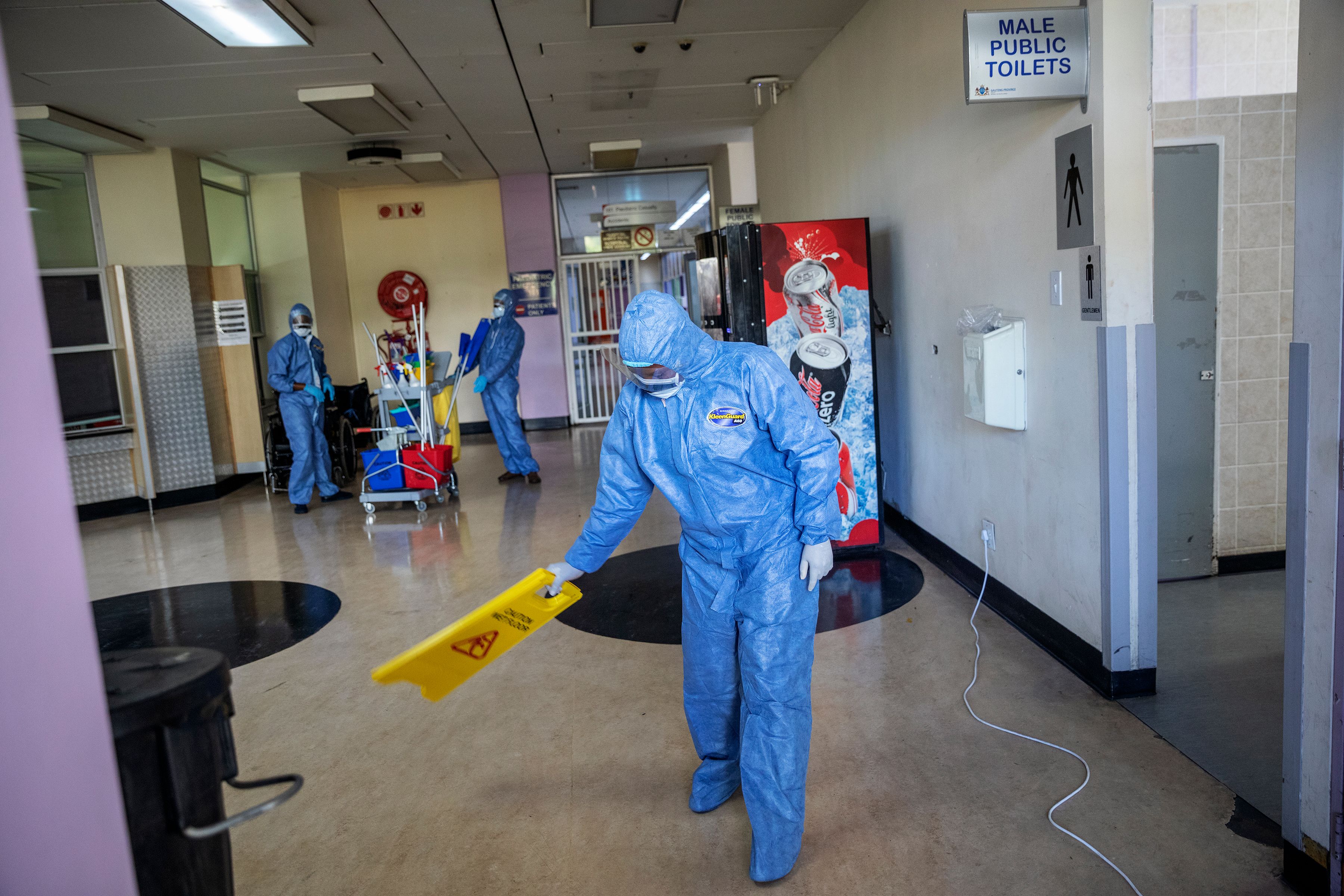 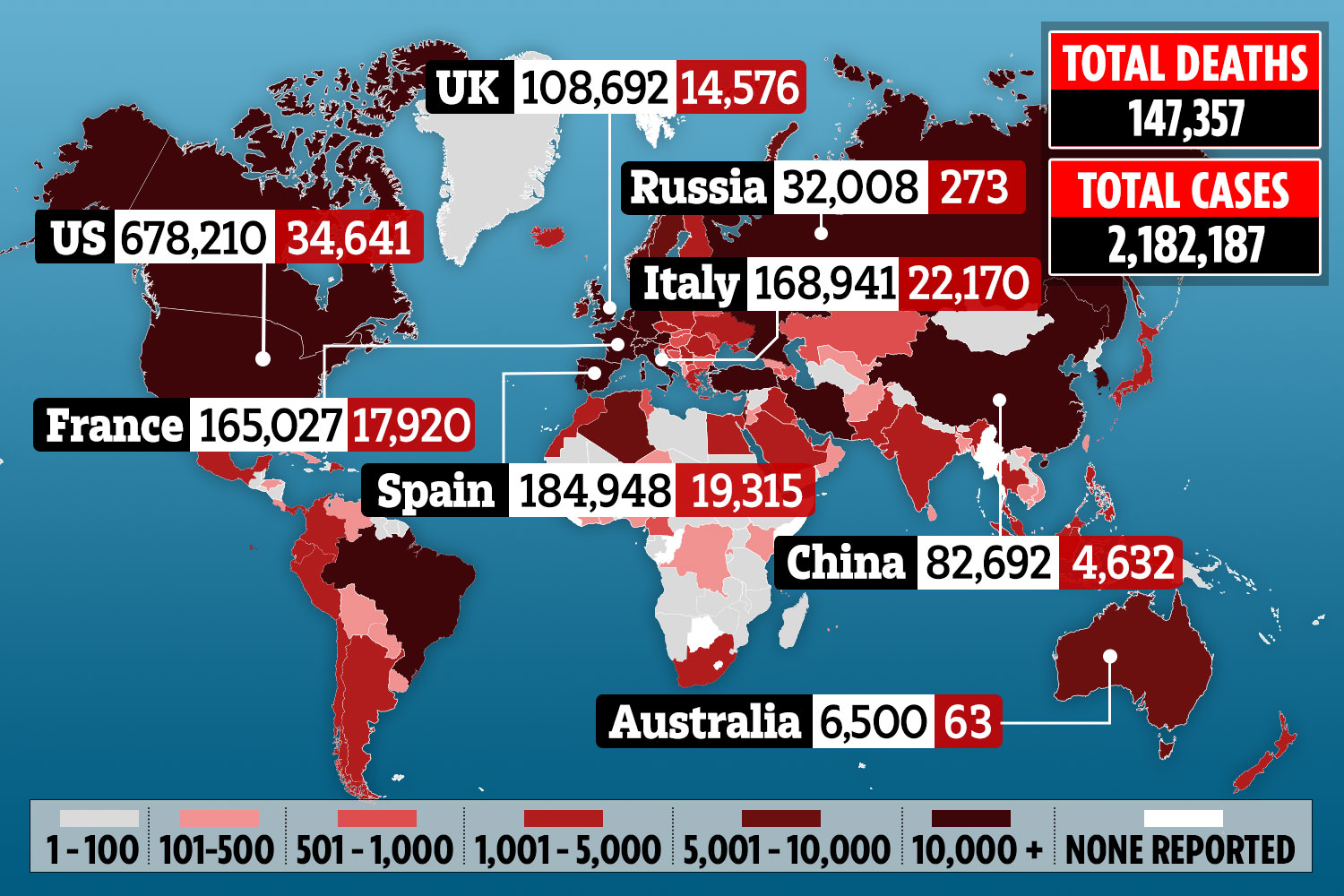