CASES of the coronavirus have soared among people in their 40s and 50s over the last two weeks – as hospital admissions double in nine days, official data has revealed.

Data from Public Health England (PHE) states that cases of the virus have risen by 90 per cent in middle aged people in England. 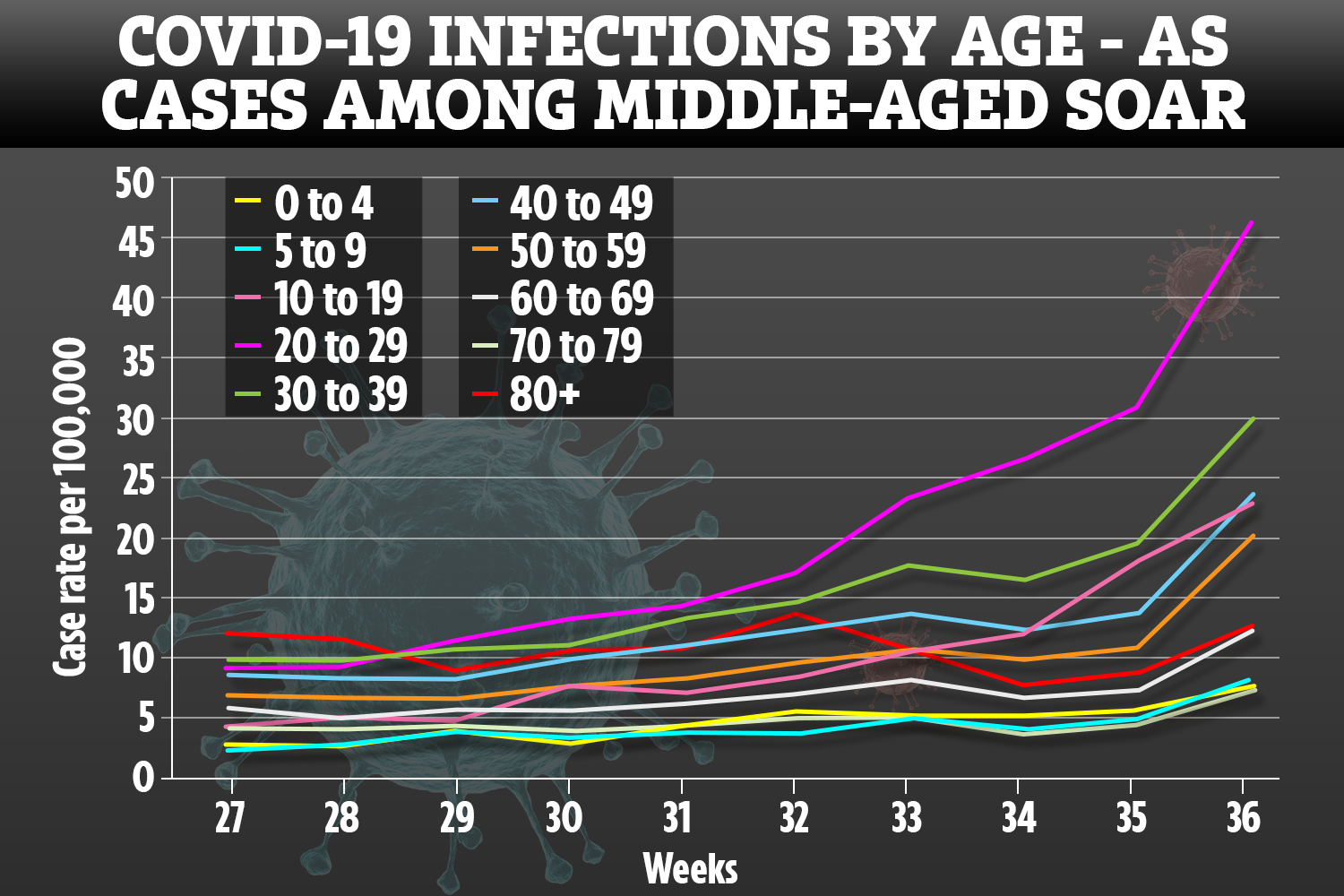 Infection rates for those in their 50s have also doubled in the last week, climbing from 10.9 to 20.

The growing number of cases comes as people across the country scramble to get a test.

Yesterday it was reported that another 3,105 people had tested positive for the virus, with 27 people having lost their lives to the deadly bug as the UK's grim tally rose to 41,664.

The data from PHE also showed that cases numbers have risen most dramatically in people in their 20s.

Health secretary Matt Hancock had previously blamed the "affluent young" for a rise in case numbers.

He said people between 17-21 have a problem adhering to social distancing rules.

The PHE data showed that the infection rate for people in their 30s is also up. 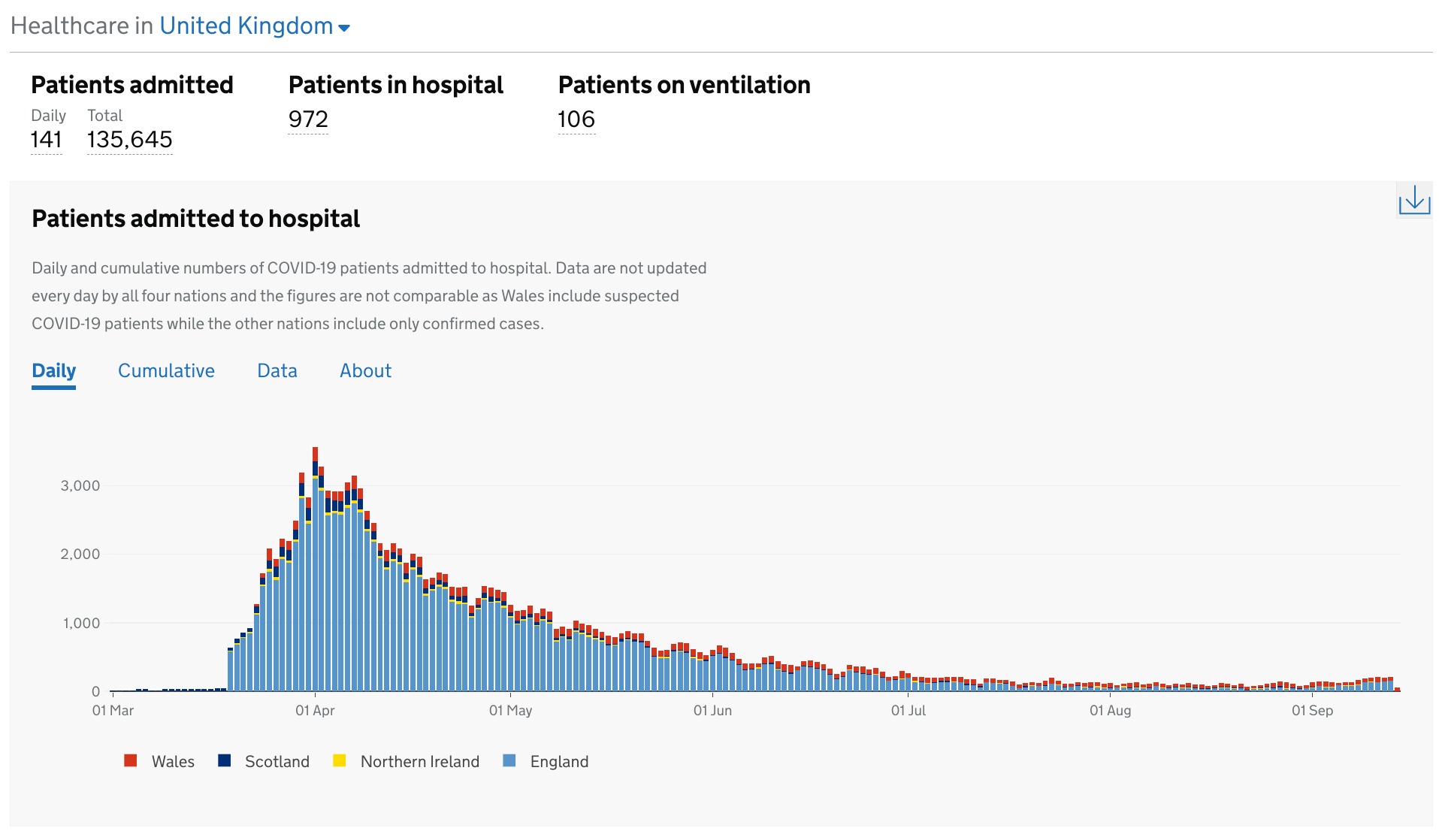 While kids have now returned back to the classroom, many parents have being trying to secure coronavirus tests from them.

Experts have previously said that kids have different symptoms of the virus, but are not super spreaders.

Another factor that indicates the severity of the pandemic is hospital admissions.

Data from the government suggests that these have more than doubled in the last ten days.

The data – which is available on the government's website, revealed that more than 150 patients had been infected with the virus and required treatment.

This is up from a seven day rolling average of 52 on August 31.

Data from the department of health showed that just 85 patients were admitted to hospital with the virus last Sunday.

Cases on the up

The latest figures from PHE come as experts claim a second wave of the virus "won't be as bad as the first.

Officials claim that while cases are on the rise in the UK, the curve will be flatter compared to the start and the peak of the pandemic in March and April.

It comes after the Office for National Statistics yesterday revealed that influenza and pneumonia is still killing ten times more people in England than Covid-19.

The latest data from the ONS revealed that deaths from coronavirus fell below 100 for the first time since March.

The Daily Mail reported that government officials believe that social distancing, combined with local lockdowns, will see a reduction in both deaths and case numbers.

Areas such as Newcastle, Leeds and Merseyside have all been added to the government's watch list as cases climb – but the experts said that rising infection rates are "normal".

Belgium scientist Jean-Luc Gala said people should "no longer worry" about the virus and should just look at measures to curb the spread.

Speaking to La Dernière Heure he said: "The virus circulating in a category that does not suffer from it, young people will at worst have small symptoms, at best nothing at all."

He added that those who are only hit by mild symptoms would help achieve wider immunity in communities.