Communications have been lost with the last heroic defenders of Mariupol holed up inside the Azovstal steel works, after Russian forces stormed the complex.

Vadym Boichenko, mayor of the besieged city, said there is ‘heavy fighting’ ongoing inside the plant today and that he had ‘lost contact’ with those inside.

There is no way of knowing ‘what’s going on, whether they are safe or not,’ he said.

The grim news came as footage emerged showing Russian forces using what appeared to be lung-crushing thermobaric rockets to bombard Azovstal as tanks and troops moved into the sprawling industrial zone. 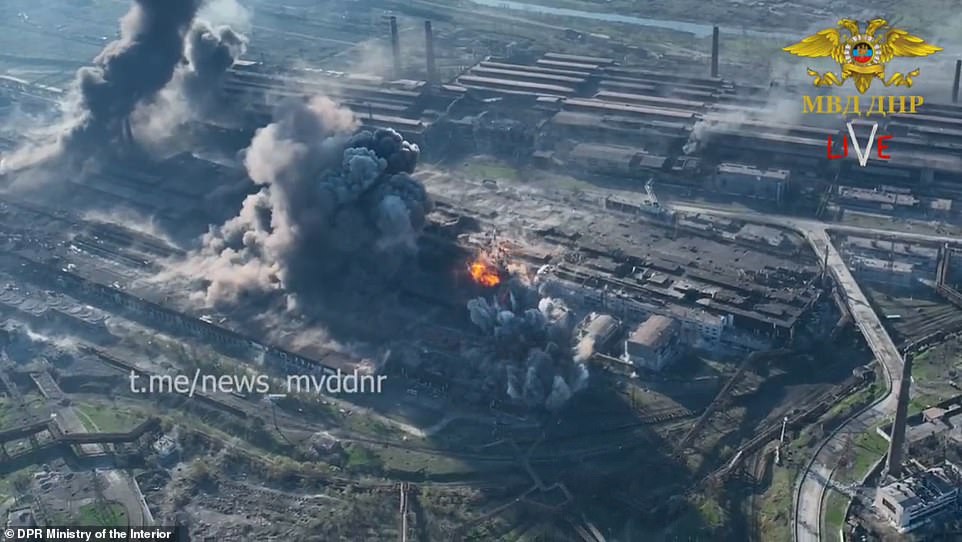 Rocket artillery pounds the Azovstal steel complex, at the heart of the besieged city of Mariupol, as the exiled mayor says communications have been lost with the last troops holed up inside 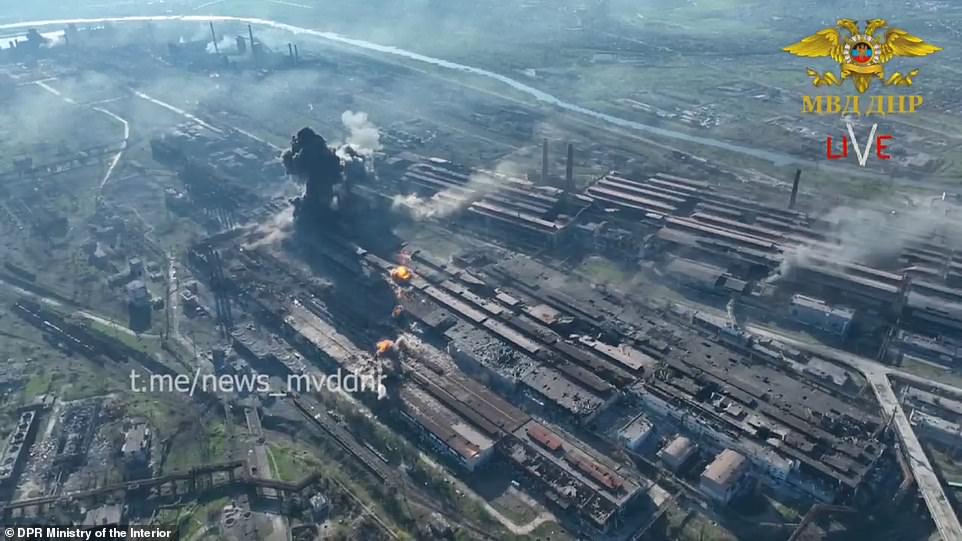 Footage showing the bombardment was released today by the so-called Donetsk People’s Republic, whose troops are leading attacks on Mariupol alongside regular Russian army units 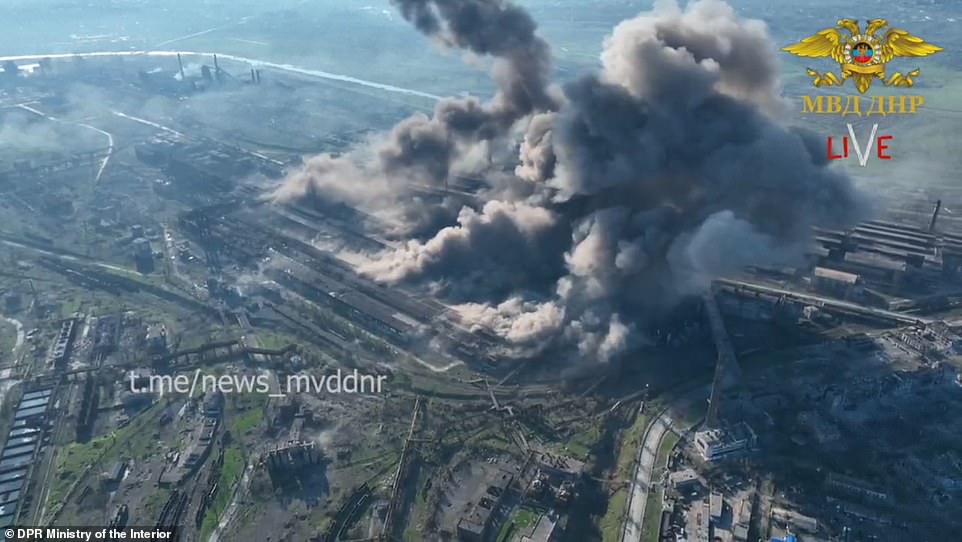 Azovstal is a huge industrial complex made up of factories, warehouses and underground tunnels where an unknown number of Ukrainian troops are holed up alongside hundreds of civilians

Footage released by the so-called Donetsk People’s Republic today showed lines of rocket artillery cutting through factories and warehouses that sit in the centre of Mariupol and are the last redoubt of the city’s beleaguered defenders.

Russia appears to to be trying to seize Azovstal despite Vladimir Putin announcing last month that he had called off the operation to preserve the lives of his troops.

News that communications have been lost will raise fears for the safety of hundreds of civilians thought to be inside, just days after 100 were rescued during a ceasefire.

Ukraine had been calling for the ceasefire to be extended so that all civilians could be removed, but Russia accused Kyiv’s troops of ‘taking advantage’ of the break in fighting to set up new defensive positions and resumed bombing yesterday.

Captain Sviatoslav Palamar, deputy commander of the Azov battalion which is defending the plant, said an assault on the steel works began Tuesday afternoon with tanks, armoured vehicles, boats and ‘large numbers of infantry’ moving in.

‘We will do everything possible to repel this assault,’ he said in his last video message before communications were cut.

If Azovstal falls then it will mean Russia seizing control over the whole of Mariupol, making it the largest city to be captured by Putin’s forces.

It would also provide the Kremlin with a huge propaganda boost ahead of the annual Victory Day parade in Moscow on May 9, marking the surrender of Nazi Germany.

Freed up from fighting in the city, Russian troops could then move north to join the battle for Donbas – widely viewed as pivotal to the outcome of the war.

As fighting raged in Mariupol, Russian forces pounded targets elsewhere in Ukraine, targeting train lines used to bring foreign weapons into the west of the country while also stepping up attacks on the eastern front.

While the Russian attacks were across a wide swath of Ukraine, some were concentrated in and around Lviv, the western city close to the Polish border that has been a gateway for NATO-supplied weapons.

Explosions were heard late Tuesday in the city, which has seen only sporadic attacks during the war and has become a haven for civilians fleeing the fighting elsewhere.

The mayor said the strikes damaged three power substations, knocking out electricity in parts of the city and disrupting the water supply. Two people were hurt.

Western weaponry pouring into Ukraine helped its forces blunt Russia’s initial offensive and seems certain to play a central role in the battle for the Donbas, which Moscow now says is its focus following its failure to take Kyiv in the early weeks of the war. 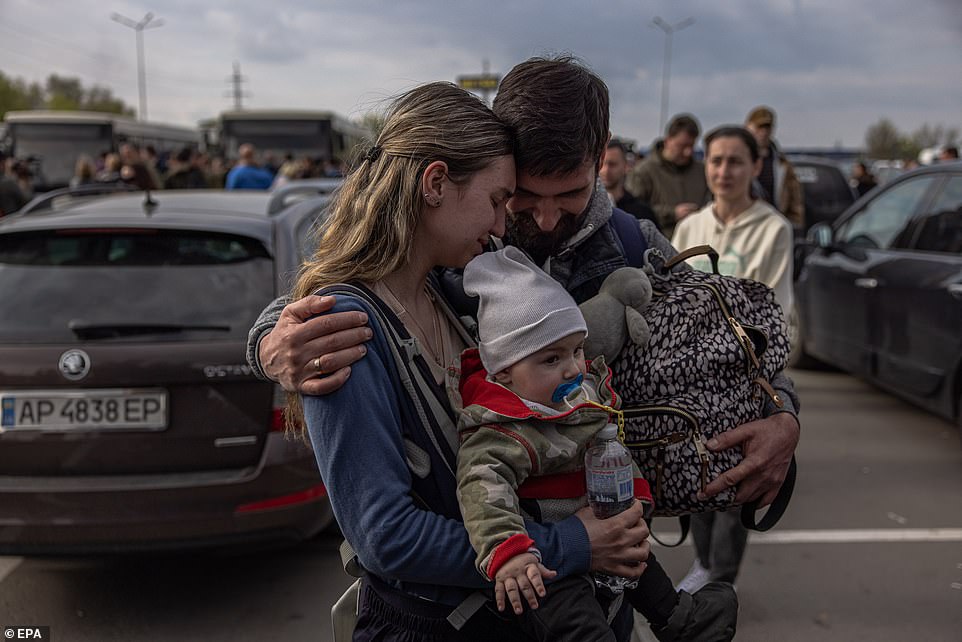 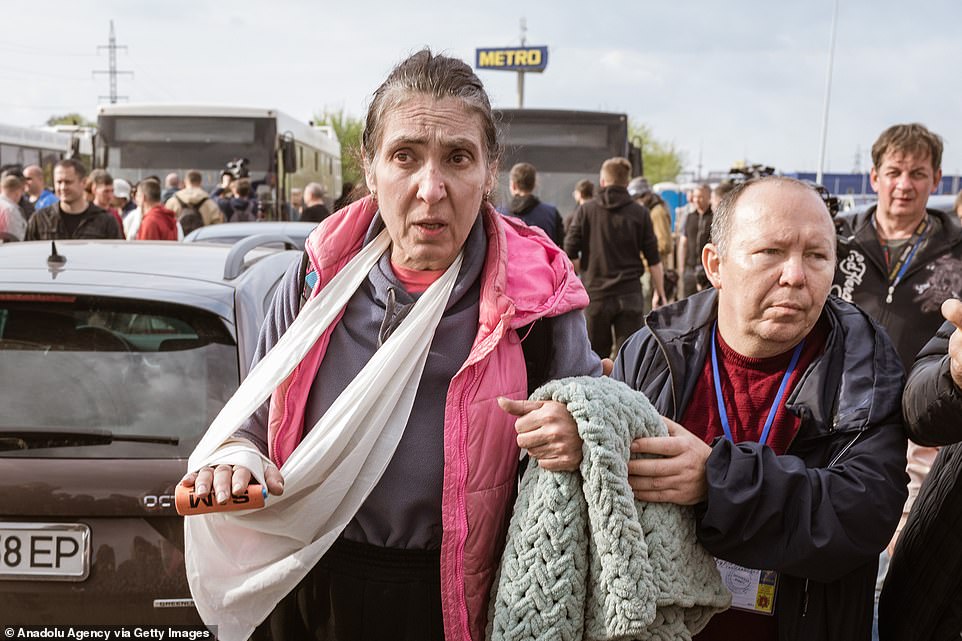 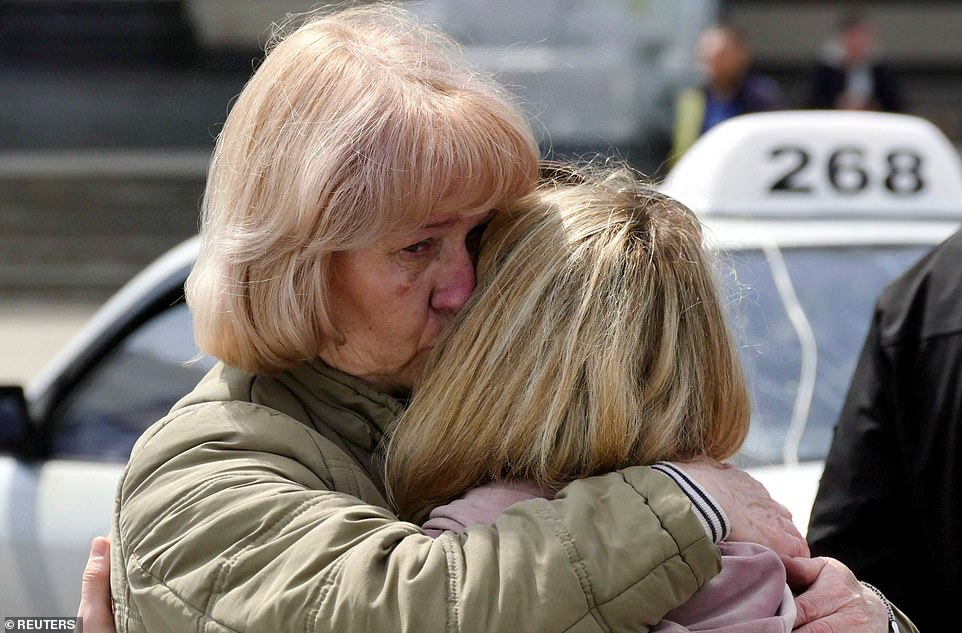 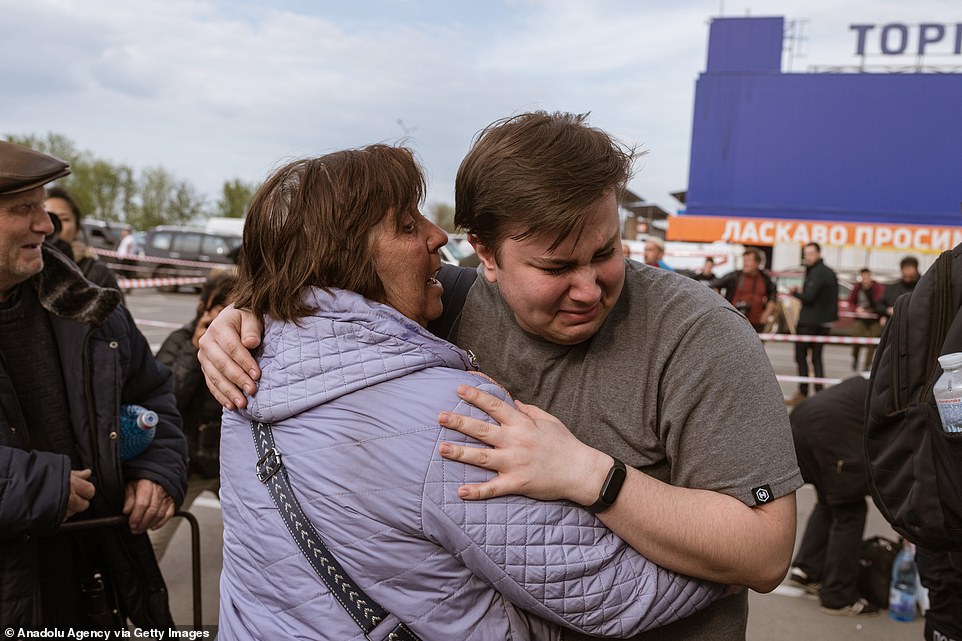 Ukraine has urged the West to ramp up the supply of weapons ahead of that potentially decisive battle.

Chancellor Olaf Scholz of Germany, which had been slow at first to help arm Ukraine, said Wednesday his government is considering supplying Ukraine with howitzers, in addition to Gepard anti-aircraft guns and other equipment.

The governor of the eastern Donetsk region, which lies in the Donbas, said Tuesday was the deadliest day for civilians in his region since April 8, when a missile attack on the railway station in Kramatorsk killed at least 59 people.

Russia has deployed a significant number of troops in the region and appears to be trying to advance in the north, as they try to cut Ukrainian forces off, according to an assessment from the British Defense Ministry.

However, Moscow’s push has been slow as Ukrainian fighters dig in and use long-range weapons to target the Russians.

In addition to supplying weapons to Ukraine, Europe and the United States have sought to punish Moscow with sanctions.

The EU’s top official called on the 27-nation bloc on Wednesday to ban Russian oil imports.

‘We will make sure that we phase out Russian oil in an orderly fashion, in a way that allows us and our partners to secure alternative supply routes and minimizes the impact on global markets,’ European Commission President Ursula von der Leyen told the European Parliament in Strasbourg, France.

The proposals need unanimous approval from EU countries and are likely to be the subject of fierce debate. Hungary and Slovakia have already said they won’t take part in any oil sanctions, but von der Leyen didn’t elaborate on whether they would receive an exemption, which appears likely.