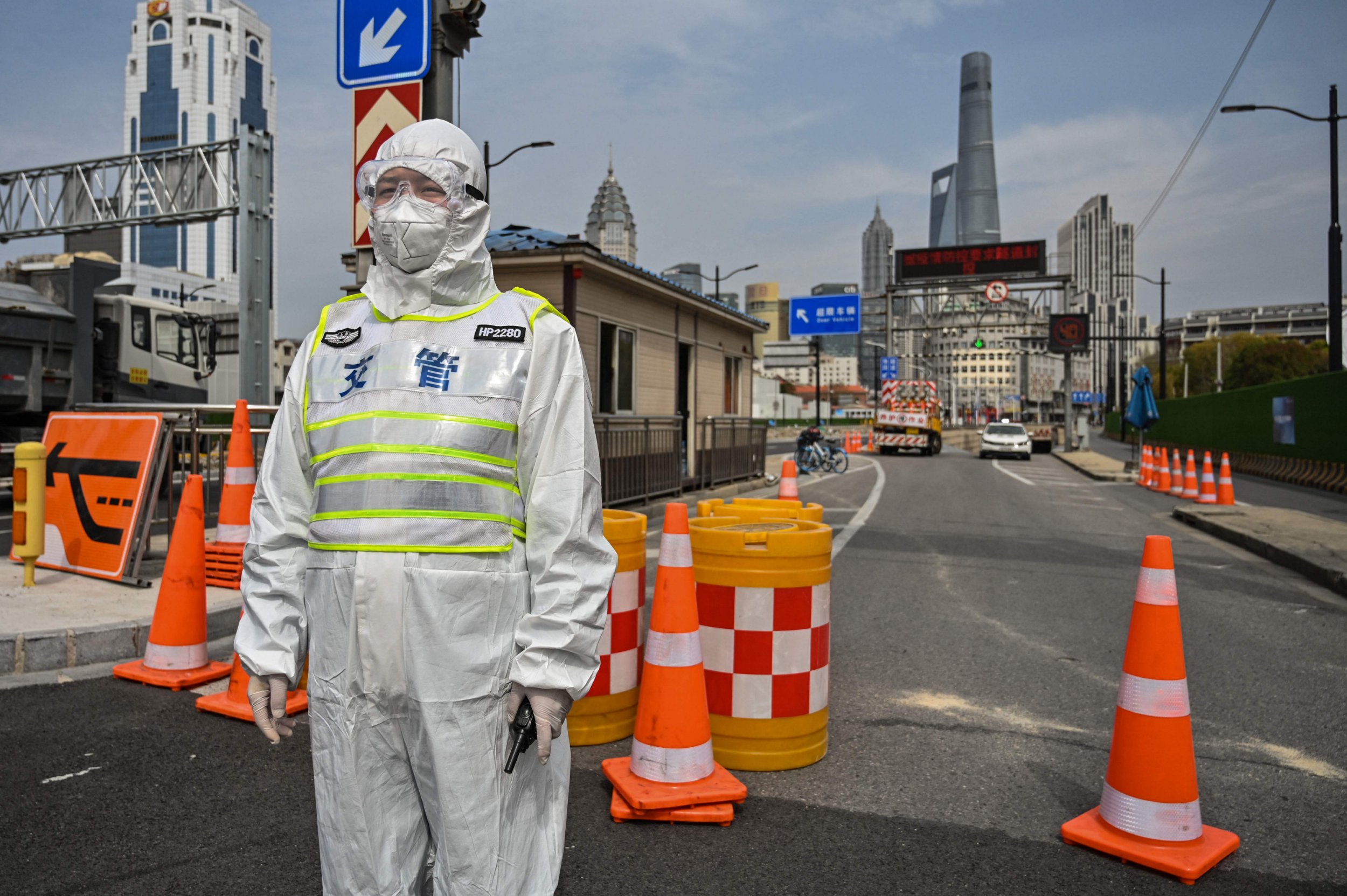 China has begun locking down its largest city of Shanghai as part of a strict Covid-19 strategy.

The lockdown will see the city divided in two and will be China’s most extensive since Wuhan was shut down in 2020.

Shanghai is China’s financial capital and home to 26 million people. It has previously managed outbreaks with limited lockdowns of housing blocks and workplaces.

But it has been battling a surge in Covid cases in recent days after China reported its highest daily number of nationwide cases since the start of the pandemic.

In a bid to slow the spread of the virus, authorities have decided to use the Huangpu River, which passes through Shanghai, as a dividing point to lock the city down in two phases and carry out mass testing.

Pudong financial district and nearby areas will be shut until Friday, followed by the vast downtown area west of the river for five days.

People will be required to stay home and public transport, including taxis and ride-hailing services, will be suspended during the lockdowns.

Traffic controls will be implemented on highways in and out of the city, with anyone leaving needing to show proof of a negative test result from a test taken within 48 hours.

Offices and all businesses not considered essential will be closed.

Many communities in Shanghai have already been locked down for the past week, with their housing compounds blocked off with blue and yellow plastic barriers and residents required to submit to multiple Covid tests.

The city’s Disneyland theme park is among the businesses that closed earlier and Tesla is also reported to have suspended production at its Shanghai plant.

The strict lockdown has led to reports of panic-buying with supermarket shelves cleared of food, beverages and household items.

A record 3,450 asymptomatic Covid-19 cases were reported in Shanghai yesterday, accounting for nearly 70% of the nationwide total, along with 50 symptomatic cases, the city government said.

While people who are asymptomatic can still infect others, China categorises such cases separately from ‘confirmed cases’ — those in people who are sick — leading to much lower totals in daily reports.

Nationwide, there were 5,134 new asymptomatic and 1,219 symptomatic cases on Sunday, the country’s health authority said in its regular bulletin.

China has reported more than 56,000 confirmed cases nationwide this month, with a surge in the city of Jilin accounting for most of them.

‘Containing the large scale outbreak in our city is very important because once infected people are put under control, we have blocked transmission,’ she said, adding that testing would be carried out until all risks were eliminated.